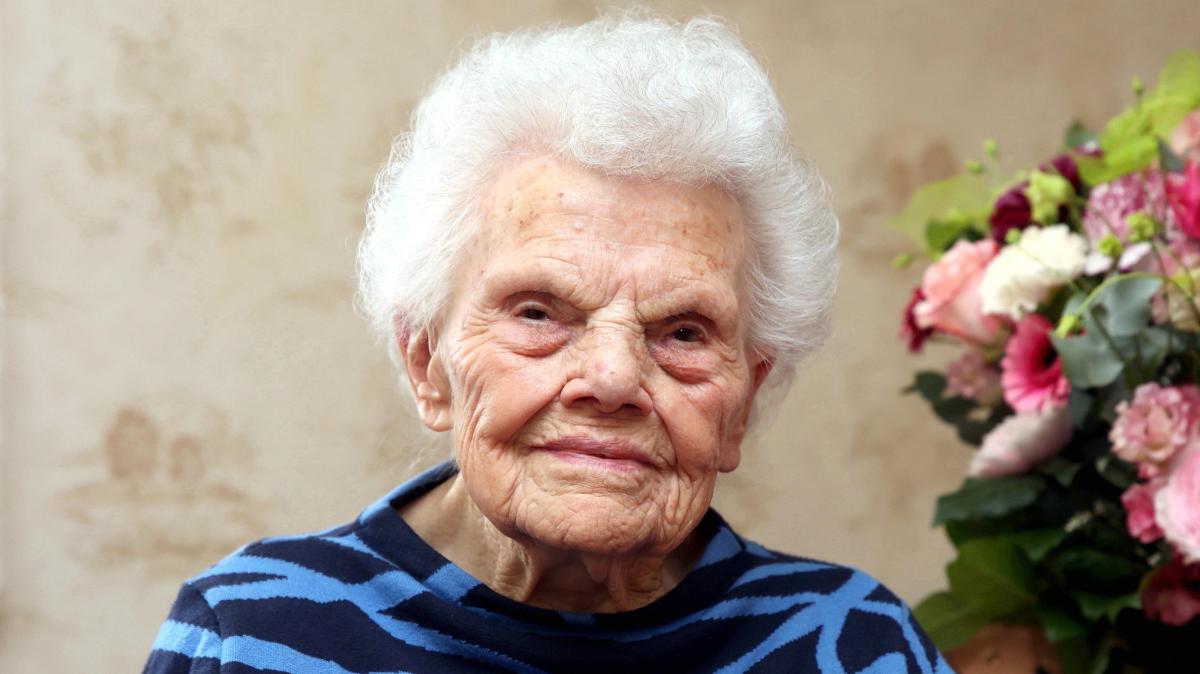 Helena Gay from Burgau celebrated her 100th birthday on a small scale.

What kind of times are these? You will be 100 years old and then you cannot even have a big party: “It would have been 30 to 40 people in the Linde in Oberknöringen,” reveals Helena Gay. The woman from Burgau celebrated her 100th birthday on Friday on a small scale and the visits came in stages. But she assures: “In any case, this will be made up for when it works again.”

Helena Gay is right, it was a different time, in the 20s of the last century, when she grew up. “I was the ninth of ten children, we had a small farm in Burgauer Mühlstrasse, everyone walked and lived a lot healthier,” she says and tells us how she looked after the cows and helped everywhere.

Over the decades, Helena Gay has experienced a lot: When the Second World War began, she was 19 years old. For a while she stayed with one of her sisters
Munich lived, also with one of her brothers in Obernburg in Lower Franconia. She even swam in the Main, she laughs. Her first husband Josef never returned from the war, only a few years after the wedding she became a widow.

In 1951 Helena Gay married her husband Hermann again, and six years later the house was built on Hans-Sachs-Strasse, where she has lived for almost 70 years. Helena Gay raised four sons, and the family now has five grandchildren and five great-grandchildren. “I worked for 41 years,” she continues, talking about the Leuze ribbon weaving mill and the Kinzel company, where she worked for a long time.

She was also involved in the workers’ welfare meeting place
Burgau, served there and baked cakes for many years. Until a few years ago she even went shopping regularly. Helena Gay has always liked to decorate and decorate: “At school I always had a A in needlework, and the others took a look at me,” she says with a smile.

See Also:  duel between Gulf monarchies around the Newcastle club

A lot of reading and a lot of puzzles, mainly crossword puzzles, these are her favorite activities. But reading the newspaper can only be done in installments. “Otherwise my eyes will hurt,” she says. “If the body were like the head, then that would be fine.” Nevertheless: When the weather is good, Helena Gay is regularly in the garden with her “Wägale”, her walker, or walks up and down the street. That is very important at that age, she emphasizes. When asked how you feel when you are 100, the jubilee laughs again. “Hold a little older.”

And if you behave correctly and live healthy, without smoking and without alcohol, then you will get that old too. Well, a cyclist in between in the summer, of course you shouldn’t count that.

Helena Gay adds two things and they mean a lot to her: “I was fortunate enough to have a good family home where I was given the tools for my life. And thanks to the doctors in the Günzburg clinic, who did everything for me last year, I was now able to experience my 100th birthday. “