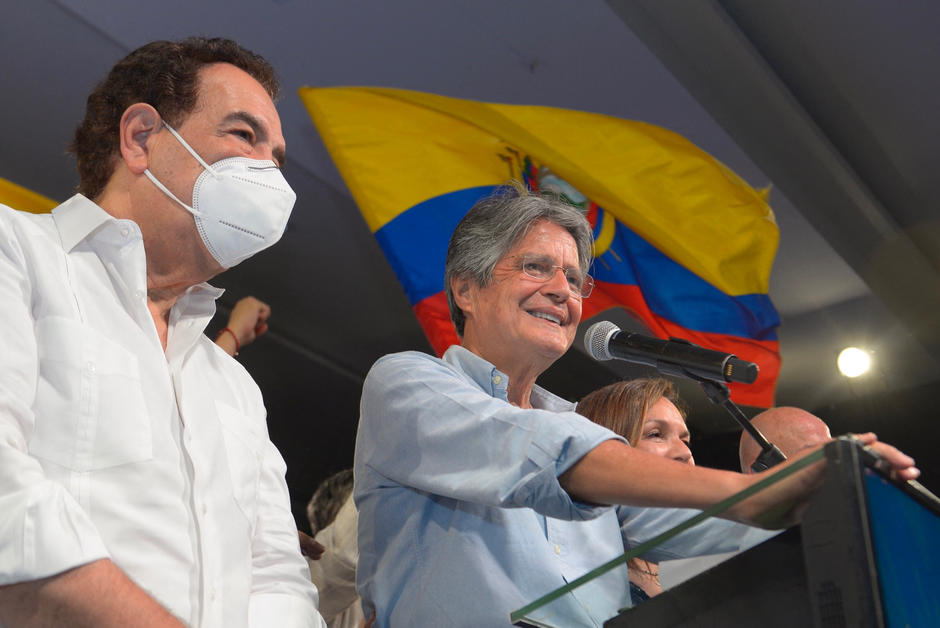 On Sunday April 11, the liberal-conservative Guillermo Lasso largely won the second round of the presidential election against his opponent from the left. Many challenges, especially economic ones, await the new president, who will take office on May 24.

In the end, there was no suspense or the slightest dispute over the results. Sunday April 11, a few hours after the end of the ballot, Guillermo Lasso was proclaimed winner of the presidential election, obtaining 52.5% of the votes, against 47.5% for his opponent, Andrés Arauz, with 98% of the ballots counted .

The latter, however, came out on top in the first round on February 7, acknowledging his defeat. He was backed by former President Rafael Correa (2007-2017), a supporter of Venezuelan “21st century socialism,” a refugee in Belgium, and sentenced in absentia to eight years in prison. A support that probably cost him many votes.

“The victory of the 65-year-old conservative former banker and business leader can be explained in large part by discontent with former President Rafael Correa, who supported Arauz, among voters who did not vote for Lasso in the first round on February 7 ”, considers for example the site BBC Mundo.

Previously a two-time unlucky candidate for the presidency, Guillermo Lasso has mainly tried to get rid of

See Also:  The Generalitat ignores Spanish in its advertising