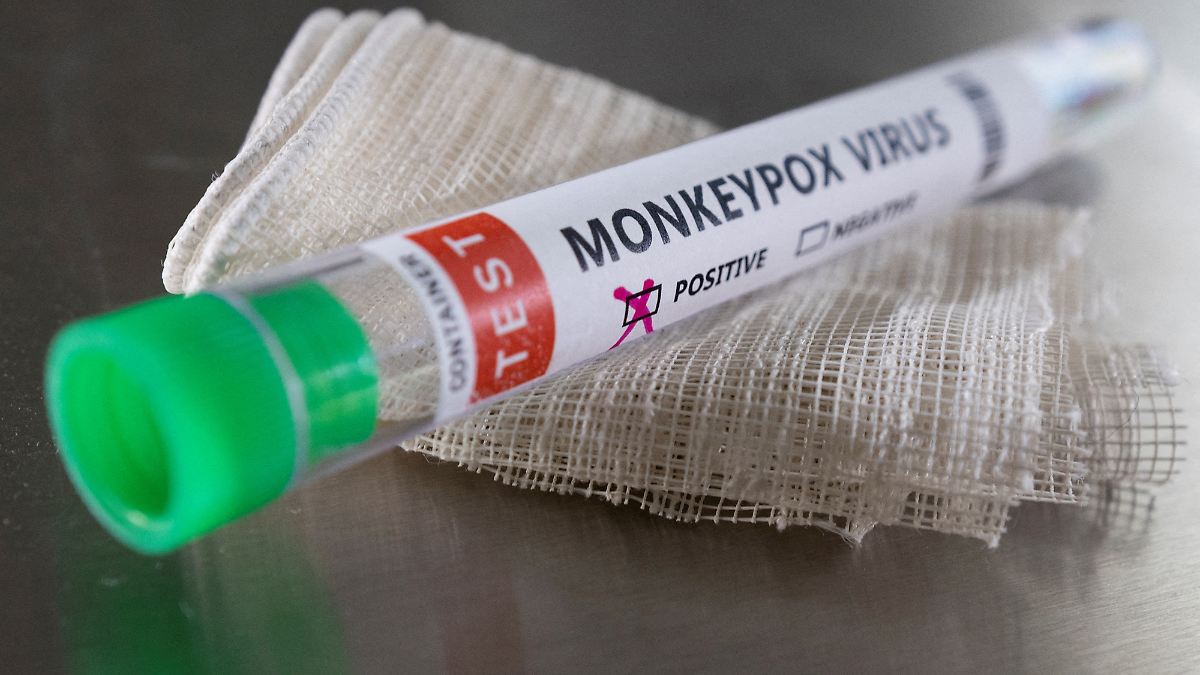 The worldwide outbreak of monkeypox has not yet been contained, on the contrary: the number of cases in Great Britain has recently increased significantly. More and more cases of the virus infection are also being recorded in Germany – so far mainly in the capital Berlin.

Around one Month after the first cases of monkeypox became known, the number of cases continues to rise. In Great Britain, the health authorities are recording a particularly strong increase: 104 new monkeypox cases have recently been added there. Compared to the figures from last Friday, that is an increase of 28 percent to 470 cases, according to the health authority UKHSA communicated. Currently, most cases have occurred in men who are homosexual, bisexual, or who have had sex with men. The first case of the current outbreak was confirmed in Great Britain on May 7th.

The virus that causes monkeypox is on the rise worldwide. What is particularly unusual is the first-time human-to-human spread outside of Africa, where the virus has previously mainly occurred. As of June 8, 1,285 laboratory-confirmed cases and one probable case have been reported to the World Health Organization from 28 countries in four WHO regions where monkeypox is not common or previously unreported. According to the medical communications network Global Health there are now almost 1500 confirmed cases worldwide.

The majority of cases have so far occurred in Europe, although the first infections have now also been reported from Latin America. are in Germany according to the Robert Koch Institute (RKI) so far 189 cases of monkeypox have been reported in 11 federal states. The majority goes back to Berlin: The Berlin Senate Administration reported most recently 120 cases, 16 of which had to be treated in hospital. At the end of last week, the RKI had reported 113 cases – all of the sick were exclusively men. Both the RKI and the WHO assume that the number of cases in Germany and globally will continue to rise.

Last week, the Standing Vaccination Commission (STIKO) in Germany recommended monkeypox vaccination for risk groups. According to this, adults who had “close physical contact via non-intact skin or mucous membranes” with a sick person or longer “unprotected face-to-face contact” should be vaccinated. But the vaccination recommendation also applies to people with an increased risk of exposure. This includes STIKO men who have same-sex sexual contacts with changing partners. So far, the WHO sees no need for mass vaccinations against monkeypox.

No deaths outside of Africa yet

The federal government has already ordered large quantities of the smallpox vaccine Imvanex from the manufacturer Bavarian Nordic. Health Minister Karl Lauterbach said around 40,000 vaccine doses could be delivered in June, with another 200,000 later in the year. According to the WHO, the formerly common smallpox vaccination is 85 percent effective against an infection with monkeypox. However, routine smallpox vaccination was halted after human smallpox was declared eradicated in 1980.

According to studies, more than 90 percent of those infected with monkeypox make a full recovery, regardless of whether they were vaccinated against smallpox or not, the WHO reports. Severe courses are rare. No deaths have been recorded outside of Africa in the current outbreak. According to the World Health Organization, deaths can occur primarily in small children and people with an impaired immune system, for example due to an HIV infection.

Brussels She falls into a 10-meter well on her terrace