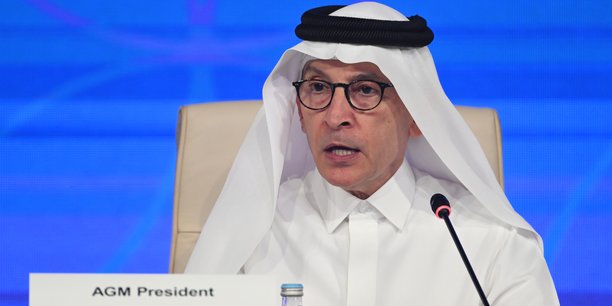 By canceling, this Wednesday, August 3, 2022, the delivery of 19 A350 aircraft to the airline Qatar Airways, the manufacturer Airbus will have completed the complete revoking of its contract with the company Qatar Airways, after having already canceled an order for 50 A321 aircraft on 21 January 2022.

The commercial dispute between the aircraft manufacturer and the transport company began on August 6, 2021 when the Qatari company decided to ground part of its fleet of A350 jumbo jets, first 13 then 21 out of the 53 it owns. , due to peeling paint problems on the fuselages.

An unprecedented conflict in the world of air transport

The dispute, both over the extent of the damage and the amount of compensation, quickly degenerated into an open legal battle with Airbus. This new decision by the aircraft manufacturer completes the measures already taken to try to put an end to this dispute, which is very unprecedented in the world of air transport.

Indeed, it happens that an airline renounces the purchase of planes already ordered either for lack of financing or because of a reversal of economic situation, but, that a manufacturer refuses to deliver planes to an airline able to pay them, that is unusual.

The two parties seem irreconcilable: Qatar Airways, supported by its national civil aviation authority, ensures that the deterioration of the fuselages threatens flight safety. Airbus, supported by the European Union Aviation Safety Agency (EASA) – which sees no safety problem on the aircraft it has inspected – recognizes the problem of surface degradation (due to differences in elasticity of materials with temperature changes, paint is less elastic than metal support), but assures that the problem is only cosmetic and therefore refutes this justification for the immobilization of Qatari devices.

As a reminder, Qatar is currently the only country in the world to have immobilized A350s for this reason.

But Qatar Airways has taken legal action and is claiming 200,000 dollars in compensation per plane per day of immobilization, i.e. to date more than 1.4 billion dollars… Airbus has done the same, on the grounds that these accusations seriously damage to its industrial reputation, Qatar Airways does not hesitate to place an order in the meantime with Boeing, just to throw salt on the wounds.

Since then, the two titans of aviation have been waging a war whose intensity oscillates, like on a roller coaster, between periods of calm, where the two protagonists say they are looking for an amicable solution, and renewed tensions with new media clashes and new legal steps. In this seemingly endless legal war, Qatar Airways has already lost two battles, which does not at all seem to dampen its vindictiveness.

No comment was immediately available from Airbus or Qatar Airways.