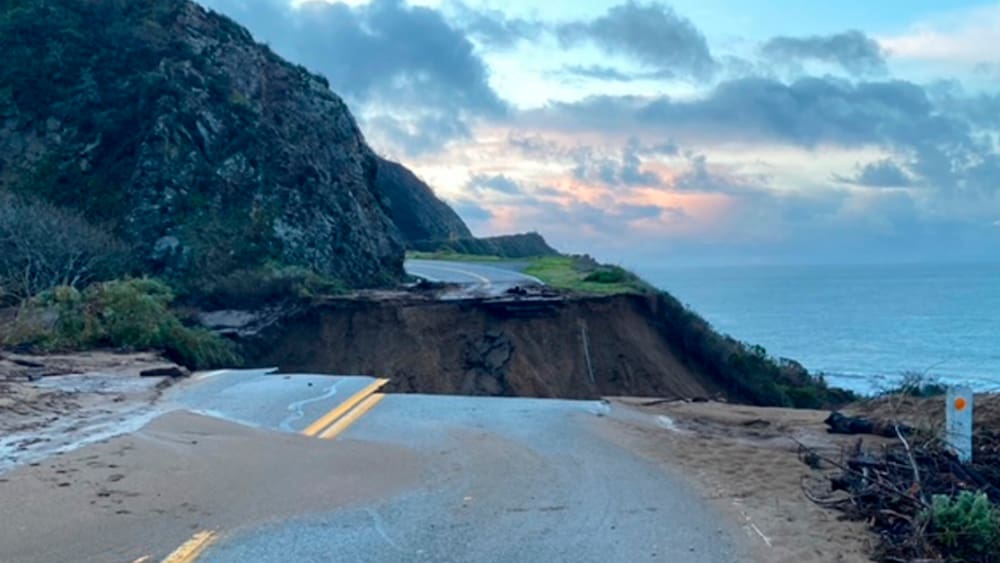 HANDOUT – A section of Highway 1 collapsed after a heavy rainstorm. Photo: – / Caltrans / AP / dpa – ATTENTION: Only for editorial use and only with full mention of the above credits

Photos and videos showed a large hole where a landslide had torn the road on the steep cliffs.

After storms with heavy rain, the governor declared a state of emergency in the affected region in order to quickly mobilize helpers and funds for repairs. There were warnings of further landslides and floods. After the forest fires of recent years, the soils in the affected areas are more prone to landslides.

Highway 1 along the Pacific coast between Los Angeles and San Francisco is one of the most famous panoramic roads in the world. Again and again there are longer closures on some sections. In 2017, a landslide damaged an old road bridge near Big Sur in such a way that it had to be torn down and replaced. No passage was possible for months.