The war video game Call of Duty: Vanguard, the latest installment in the saga recently announced by Activision Blizzard, already has ‘hackers’ infiltrated among players, despite being still in beta.

SIGHT: eSports | Dota 2 and League of Legends are considered sports disciplines at the 2022 Asian Games

Activision’s new anti-cheat system hasn’t been enough, according to several Call of Duty: Vanguard beta testers, who claim encountering cheaters in online games, as reported by the specialized portal ScreenRant.

Videos posted on Twitter by users like Tom Henderson and Chros Simmons show how certain players in online games do not die despite receiving numerous hits from bullets or explosives, but then they are able to finish off the others very quickly.

SIGHT: Worlds 2021 | The teams that will participate in the LoL World Cup

Call of Duty: Vanguard was officially announced last August, when its developer announced its launch on November 5 for the consoles of the previous generation (PS4 and Xbox One) and the new (PS5 and Xbox Series X and S), as well as for PC via Battle.net.

Before that, the studio made available to players Call of Duty: Vanguard en fase beta last week on PC and Xbox, so that they were testing the new video game set on different fronts of the Second World War located in four countries (Great Britain, the USSR, the United States and Australia).

Activision reported that the new video game would be released along with a new anti-cheat system more advanced than the current one, although it did not share if it would be applied in the beta version of the game. 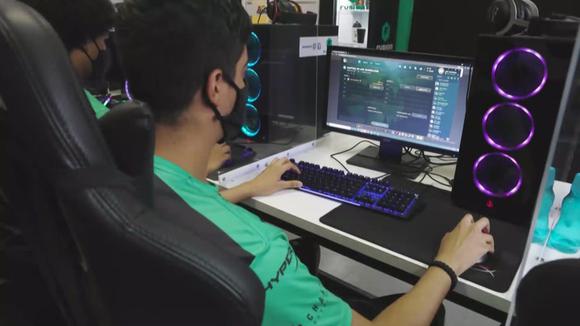