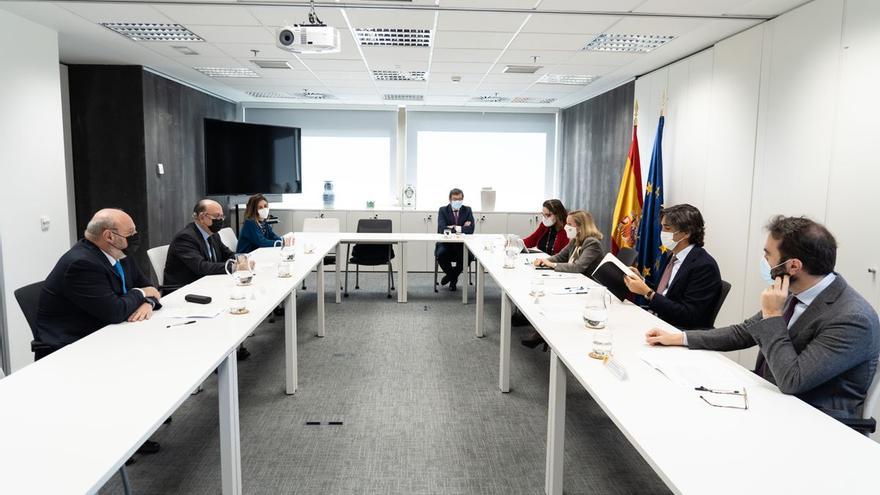 New public slap on the wrist Nadia Calvin to the banks. As she did last spring with the salaries and wages of senior executives, the economic vice president wanted to make her discomfort with the sector due to the deterioration of the service it provides to elderly people, which has worsened in recent months as a result of entity mergers and massive branch closures. For this, it has summoned this urgent Thursday to those responsible for the three bank employers (AEB, CECA and UNACC), to which it has given one month term to unfold New measures. The message that he wanted to convey to society is that “the Government urges to guarantee the financial inclusion of the elderly”.

The problems of financial exclusion caused by the reconversion have been a constant in the public debate since the previous crisis of 2008-2014, which took a large part of the sector ahead. Until now, it was more common for the controversy to focus on rural populations that do not have an office (they have increased by 23% since 2008, from 3,569 to 4,405 at the end of 2020). But in the last few months, the problems that the old people with the limitation of window service hours, the queues that this has caused in the midst of the pandemic, and the obligation to make certain procedures at ATMs or by digital means.

A special impact has been the initiative of Carlos San Juan, a 78-year-old retired doctor, to collect signatures through the change.org platform to demand a “more human treatment” in the branches. “Maybe for a young person a digital procedure don’t involve any effort, but for many seniors withdrawing money or making a transfer becomes impossible if it is through an application. I have reached feel humiliated asking for help at a bank and being talked to like I was an idiot for not knowing how to complete an operation. And I have seen that bad treatment directed at other people”, he denounced in an initiative that has already received more than 323,000 supports.

The increasing public visibility of the problem led Calviño on Wednesday to convene for this Thursday Jose Maria Roldan (president of the employers association of AEB banks), Jose Maria Mendez (general manager of the association of savings banks CECA) and Cristina Freijanes (general secretary of the organization of credit cooperatives UNACC), in addition to the director of conduct of entities of the Bank of Spain, Fernando Tejada. At the meeting it was agreed that the Observatory for Financial Inclusion launched by employers last July, it will make a diagnosis of the situation and that within a month the banking associations will propose new measures.

I have met with @Aebanca @CECA #UNACC and the @BancoDeEspana to convey to them the need and urgency of solving the problems of #FinancialInclusion and to adopt measures to guarantee access for the most vulnerable people and especially our elders. pic.twitter.com/MYYo7KHvJw

“Last year we urge action and the sector signed a strategic protocol to strengthen the social and sustainable commitment, very much aimed at guaranteeing the provision of services in rural areas. Since then they have been running creative solutions, but it is clear that are not enough to respond to the specific situation of vulnerable groups and especially the elderly. At the meeting we agreed on the necessity and urgency to address additional measures,” Calviño assured in a video.

The vice president’s initiative has caused surprise and upset on the bench, who has interpreted it mainly as a image operation of the minister. “What he wanted was to take a picture and launch the idea that it gives us a wake-up call; if he had wanted something else, we could have held discreet meetings and publicly present a battery of measures at the end of them,” says a banking source, succeeding in summarizing the general feeling of the sector.

The different entities consulted admit that are taking place problems in care for the elderly, but they highlight that it is something common to many economic sectors due to digitization. “It’s not a banking challenge, it’s a country straight. You only have to see how complex it is to carry out procedures with public administrations, for example”, criticizes another source. “I don’t know that we are going to be able to arm the banks, but there is pressure and something will have to be done,” adds a third.

CAN 2022: “It’s a total failure, the feeling of defeat is bitter, even detestable …”, regrets Djamel Belmadi

Muhammad Ali told by those who knew him