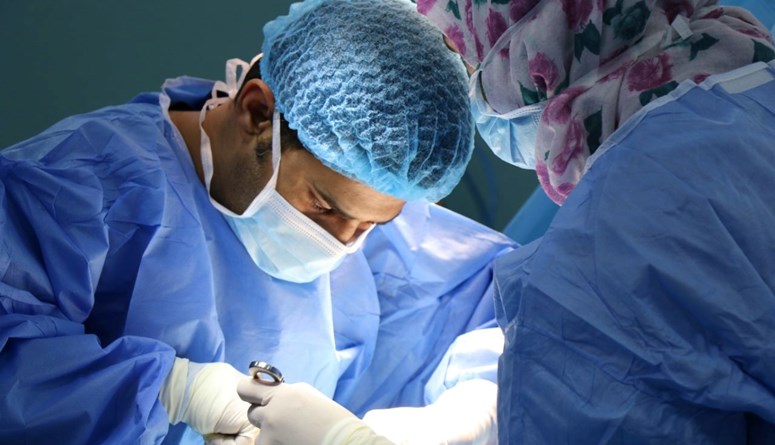 For years, social media users have been promoting what they describe as a “genius trick” to save a person from a stroke by pricking their fingers with a needle to let blood escape. However, specialist doctors deny any relationship between blood liquefaction from the fingers and the treatment of clots, warning against these practices that may delay the aid of the injured and lead to his life if he does not receive the appropriate treatment in a timely manner.

claim Publications It provides “very important” and “successful” information for the treatment of a stroke sufferer, and calls for “prick the ten fingers of the hand” of a stroke sufferer using a needle and then squeezing them until blood flows from them.
sweep this Publications Social networking sites since 2015. Many people have shared them, thinking that they are giving first aid advice to a person suffering from a stroke.

However, doctors warn against these practices due to their danger and the delay in transporting the patient to the hospital and receiving the necessary treatment for the stroke.

What is a stroke?
In an interview with Agence France-Presse, the Lebanese neurologist Joseph Matar explains that a stroke may result, either from a blockage in the blood vessels, which leads to stopping the flow of oxygen to the brain and the death of cells, or from a brain hemorrhage. Treatments for a clot vary according to its type and are given after being diagnosed in the hospital.

“There is no connection between finger pricks and stroke”
The leaflets claim that “prick fingers can restore blood flow to the brain, which may prevent a stroke.” However, this claim is very misleading, according to Dr. Joseph Matar, who says that “there is no relationship between the flow of blood from the fingers and the course of blood circulation in the human body.”

He adds, “The shedding of blood from the fingers has nothing to do with the blood circulation reaching the brain.”

Strokes are treated in the hospital only!
Stroke is treated in the hospital, after diagnosing the patient’s condition and determining the type and cause of the stroke, to give the appropriate treatment. In this regard, Matar details the treatments, saying that “the clot resulting from a blockage in the arteries may be treated by dissolving the clot or withdrawing it by opening the arteries.” After that, the patient is prescribed permanent medications that may be blood thinners or medications to protect the arteries.

As for the clot resulting from bleeding, it may require an operation to close the bleeding artery and monitor the patient afterwards.

Prevention remains better than a pound of cure, according to Matar, who advises those who have had a stroke to take precautions and be aware of the risk factors that may lead to a recurrence of the stroke, including controlling pressure, diabetes, cholesterol and treating any heart problems…

“Rush to the hospital”
The Lebanese cardiovascular surgeon and researcher, Pietro Khair, corroborates what his colleague said. He warns against wasting time in practicing what he described as “witchcraft” that could kill the patient.

“As soon as we notice the symptoms of a stroke, which are represented, but not limited to, a change in the shape of the face, paralysis of the body’s organs and difficulty in movement, the injured must be transferred as soon as possible to the hospital for diagnosis and treatment,” Khair said in an interview with AFP.

Khair adds that a stroke is very dangerous and may result in damage, and may lead to death. Therefore, “you must go to the nearest hospital to try to limit the damage and avoid any complications that may result from it.”

17 years, 546 appearances… Marcelo finally leaves Real for Olympiakos | Marcelo signs with Olympiacos and will play in the Greek Super League

An image that occupies the Egyptians.. an architecture and nothing more beautiful in Cairo?!