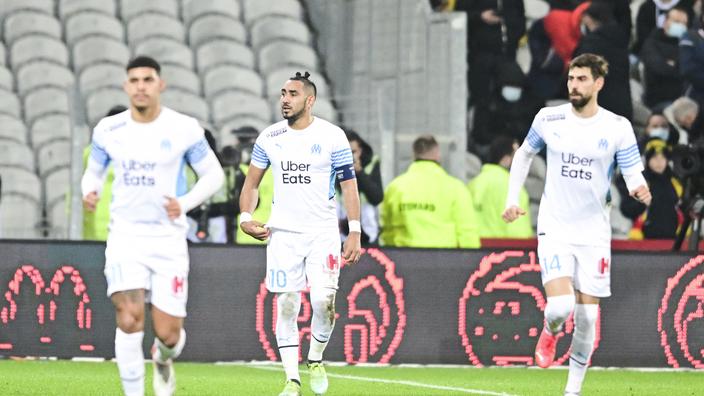 Still in the running in Europe and for European places in Ligue 1, OM host Montpellier in the round of 16 of the Coupe de France this Saturday (9 p.m.).

Ligue 1, Europa League Conference, Coupe de France… the second half of the season promises to be busy for OM, who host Montpellier this Saturday (9 p.m.) in the round of 16 of the Coupe de France. A reunion expected after an incandescent first round in Ligue 1, where the Phocaeans had won in hostile ground to start their season (2-3). Almost six months after this match, the starting point of the litany of throwing projectiles in the stands, the Marseillais are more than ever launched into a marathon season.

«It’s difficult to chain the matches, it will be important to have rotation, urged the versatile Valentin Rongier at a press conference on Thursday. This is felt in training, where the intensity also drops.“Regularly repositioned on the right side of the 3-4-3 Olympian, the former Nantes player is a barometer of choice to assess the repetition of OM matches, with whom he has taken part in 21 matches in all competitions since the coup. sending the exercise.

And the converted piston midfielder should be there at the Vélodrome this Saturday, while OM can get a little closer to the most accessible title, at least in terms of matches to be played. “There are few matches but it’s difficult to go to the end because there are great teams, agrees the interested party. We want to go as far as possible in the Coupe de France, it’s a competition with a title to play for.“And a competition with which OM has a tormented recent history, marked in particular by eliminations against amateurs from Andrézieux (2019) then Canet en Roussillon (2021).

Already a quarter-finalist in 2020 (1-0 defeat against Lyon), the Marseille club could thus find a stadium more in line with its status as the record holder for finals played in the oldest of French competitions (19 finals, 10 wins). But a qualification would automatically add matches to a calendar already weighed down by the postponement of Olympico against OL, which will be played on Tuesday February 1 if OM qualify, otherwise on February 10.

Read alsoLigue 1: Lyon-Marseille, stopped in November, will be played again on February 1 or 10

Or a week before the double confrontation against the Azeris of Karabakh in the Europa League Conference (C4). A series of matches every three days which inevitably raises questions of ambitions, while OM are also firmly established on the Ligue 1 podium (3rd). “We will try to go as far as possible in the three competitions, traffic Rongier. We think we have the squad to play them all.»

A workforce that is still limited to about twenty elements, and where turnover is limited. “We make sure everyone is ready, involved and at their best, eluded Jorge Desio, the namesake and deputy of Sampaoli, suspended for this meeting. We will have a schedule with close matches, especially if we qualify for the next round. The coach will decide the turnover.»

A turnover that could concern the two winter recruits, in the forefront of which Cédric Bakambu, scorer for his first in Lens (0-2), just two minutes after coming into play.The two winter recruits (with left-back Sead Kolasinac, nldr) played little before coming, recalls Desio. They have worked harder to find the rhythm in order to get closer to their best physical level, and they are demanding.»

Read alsoOM: Milik regrets not coming into play against Lens

Very prominent for his debut, the 30-year-old Congolese striker has a real card to play to settle at the forefront of an Olympian attack that is not very sharp (9th attack in Ligue 1 with 30 goals, 4 goals less than Bordeaux , 17th). But “Bakagoal” will have to be wary of an Arkadiusz Milik determined to keep his place as number 9 at OM. And the Pole, author of four goals in the first two rounds (including a hat-trick against Canet in the 32nd round), proved that he was particularly fond of the Coupe de France.

Fañanàs’ “The Gargoyle” moves to the back cover on Saturdays

An earthquake of magnitude 6.4 shakes an archipelago of New Zealand