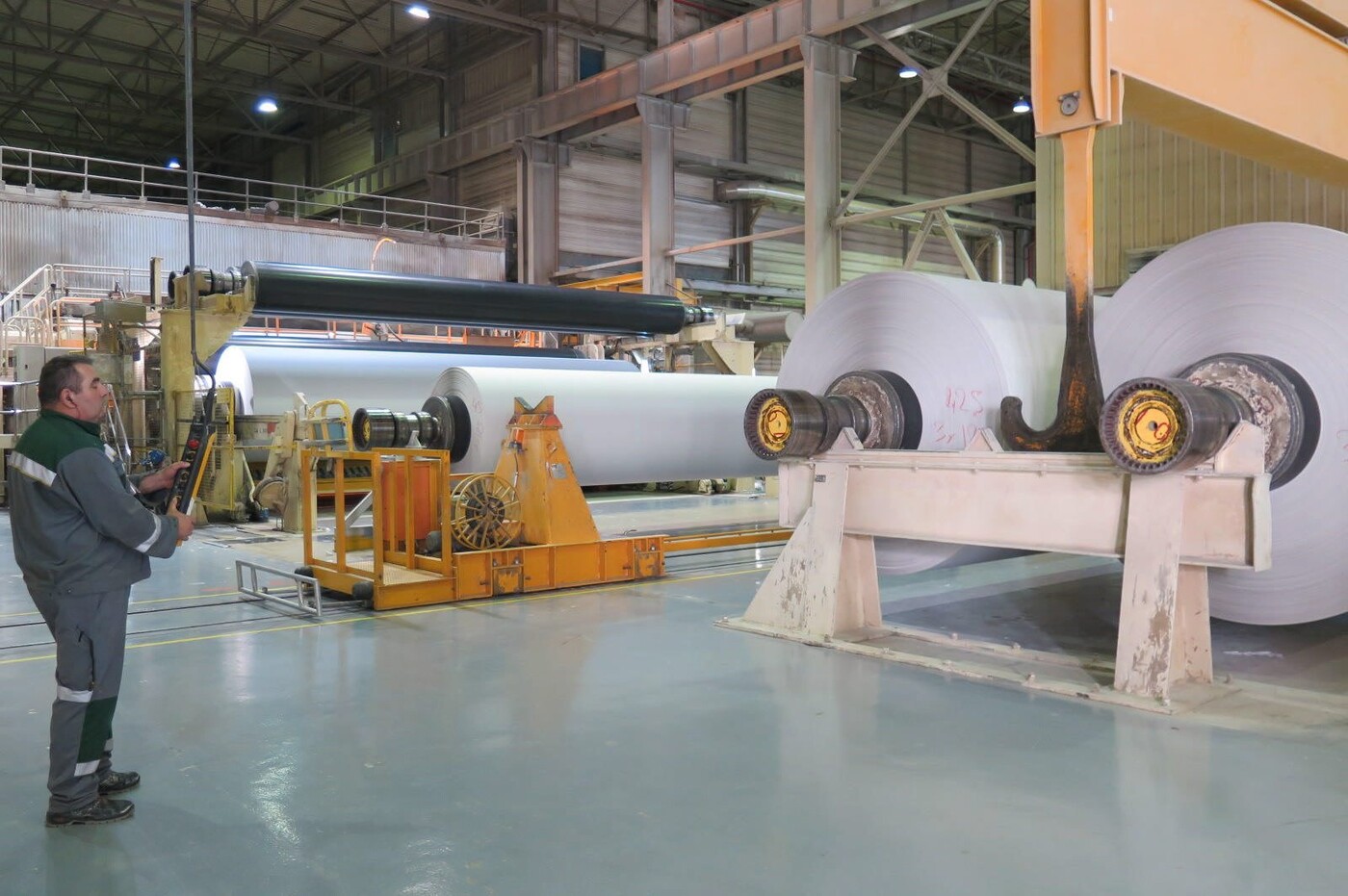 ► What is the Darblay Chapel factory?

“Save the Darblay Chapel! “, indicated the banner unrolled Wednesday April 28 in front of the headquarters of the Ministry of the Economy in Paris during the gathering of a hundred demonstrators at the call of the CGT and the collective of associations and unions “Never again!” “.

→ ANALYSIS. The recycling market plagued by the Covid

The objective of the mobilization is to guarantee the safeguard of the Chapelle Darblay stationery. Located in Grand-Couronne, southwest of Rouen, the plant owned by the Finnish group UPM, produced newsprint from recycled paper until the site was shut down on May 6, 2020. 228 people were made redundant last year.

The plant has remained without a buyer since it went on sale in 2019, the unions fear that the machines will be dismantled and sent to a site of the group in South America. “This fight represents the future of industry in France, this factory represents a third of French paper recycling”, explained the union representative of the CGT Cyril Biffault, in front of a large banner stretched out on the quai de Bercy inviting this “That industry rhymes with ecology”.

► Is La Chapelle Darblay the last paper mill in France?

The Grand-Couronne factory is not the last factory to produce paper from recycled paper in France, contrary to what the “Never again! “. There is a second, located in Golbey, in the Vosges, owned by the Norwegian group Norske Skog, which alone processes 450,000 tonnes of recycled paper per year (compared to 300,000 tonnes for Chapelle Darblay when it was still in operation).

However, the closure of the Grand-Couronne site corresponds to a fundamental trend in the paper market. “This closure is sad, but it makes economic sense because the newsprint production sector is in overproduction ”, indicates Stéphane Panou, president of the paper industry at the Federation of recycling companies (Federec).

As a result of the drop in the sale of newspapers and printed advertising material, we now consume less newsprint in France, even though the collection and recycling of paper from individuals and businesses has improved. in recent years. A downward trend further reinforced by the Covid-19 health crisis, which has seen the distribution of the paper press and the production of advertisements erode.

► Is there a future for the Darblay Chapel site?

If the sector is in crisis, however, there are avenues for maintaining activity around recycled paper in Grand-Couronne. Buyers have come forward, in particular the Belgian papermaker VPK, which could offer to transform the site to manufacture cardboard, a sector which is booming, thanks in particular to the development of online commerce.

👍👍👍 Mobilization pays off!
The state makes a firm commitment that Chapelle will remain a stationery. An appointment is set for May 10 for the government to present the buyer. pic.twitter.com/Mf6TaQmTlP

At the end of Wednesday’s action, the Minister for Industry, Agnès Pannier-Runacher, received a delegation of employees. The exchange “Made it possible to confirm that there is a shared objective of maintaining an industrial activity on the site, preferably in connection with the paper activity, which corresponds to the know-how of the employees”, said Bercy. The site is the subject of “Six expressions of interest” with UPM, but they are not “Not engaging at this stage”. The deadline for submitting bids is May 14.