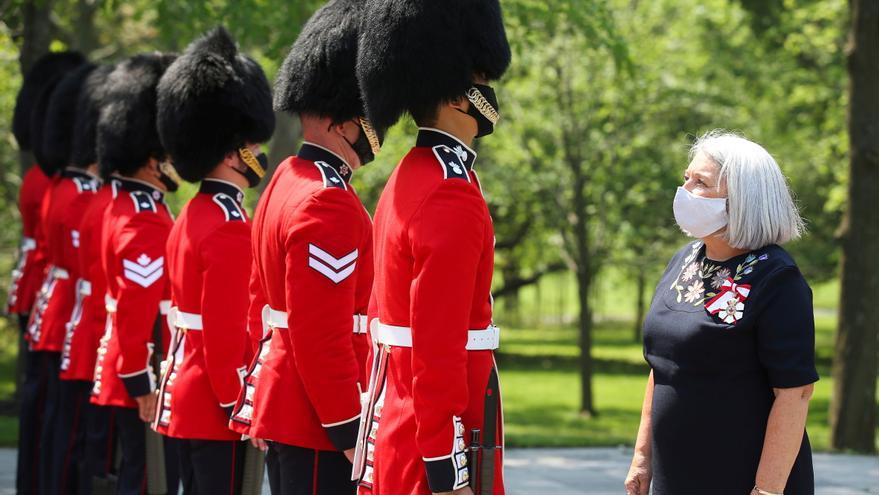 Mary Simon has made history in Canada by becoming the first Aboriginal person to assume the office of governor generallyl of the country, the head of state. It has also done so at a key moment for Canada, when it faces atrocities committed against Canadian indigenous communities. The Canadian Prime Minister, Justin trudeau, appointed Simon as the country’s representative to its head of state, Queen Elizabeth, earlier this month. The president has described the inauguration as a historical fact and has trusted the new Governor General to help build bridges among Canadians.

Simon is a prominent Inuit leader (the inhabitants of the Arctic) and was sworn in at a ceremony in Ottawa in which the interest of the American country in reconcile with their colonial past. Simon is the first indigenous person to assume this role, created more than 400 years ago to represent the colonial power on North American soil. This occurs at a time when Canada is facing the legacy of his treatment of indigenous peoples. “We need people like Mrs. Simon because we need people who build bridges and join us, “Trudeau said at the ceremony.

I remember the drama of the orphanages

Canada is reliving the horror of dormitories, government boarding schools for indigenous people designed to eradicate aboriginal cultures. Although Trudeau has not mentioned the hundreds of unidentified graves that are appearing in the school residences, yes that Simon has, in whose words were present the ghoulish finds. “I have heard Canadians describe a renewed sense of possibility for our country and the hope that it can unite people, “said Simon after being sworn in.

“I am inspired by the historical nature of this moment, as our country continues to embrace the difficult realities of our past collective, “said the Canadian Prime Minister at the event.” I know that as the first indigenous Governor General she will dedicate herself to helping us confront these difficult truths together, walk the path of reconciliation together and build bridges between those who call this country their home, “added Trudeau.

The inauguration ceremony in the Senate of Canada has been marked by indigenous cultures. Before the event began, Claudette Commanda, an Algonquian Indian, blessed the Senate; later, the Inuk singer Elisapie Isaac performed the song “Arnaq”, which in Inuktitut means “woman”. After Simon was sworn in, French-speaking singer Adriana Turenne performed “En plein coeur mai”, which chronicles the struggle of the Métis (the third ethnic group originating in Canada along with the First Nations and the Inuit) and the Francophones. in the west of the country.