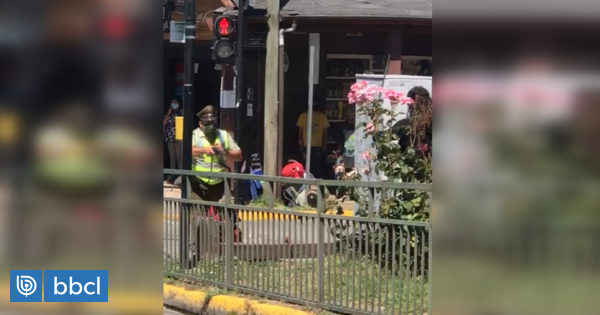 The Valdivia Court of Appeals accepted the defense’s request and modified the precautionary measure of total house arrest for the accused carabinero for him juggler murder in Panguipulli.

With the resolution, the official was in conditional release, with national roots and a fortnightly signature, based on the hypothesis of legitimate defense.

This is detailed in the ruling: “Considering the merit of the antecedents that have been exposed by the interveners in this hearing and in light of the available evidence, it can currently be stated that the accused acted under the hypothesis of legitimate defense, of Thus, the court indicates that all the elements of article 10 No. 4 of the Penal Code concur, so the appealed resolution of February 8, two thousand twenty-one is revoked and the defense petition is granted, in the sense of reducing the precautionary measure and instead it is replaced by the house arrest decreed by a fortnightly signature in the local Public Prosecutor’s Office, in the place where he is performing his services and national roots ”.

It should be noted that total house arrest was decreed on Monday for Second Sergeant of the Carabineros, Juan González Iturriaga, formalized by simple homicide of Francisco Martínez, young juggler.

From that moment on, he had been detained in the Los Jazmines de Valdivia possession.

In the instance, the plaintiffs requested that the accused remain in preventive detention, however, the court accepted the defense’s request.

The events go back to last Friday, when In the middle of an identity check, the young man was killed by a Carabineros official.

According to the antecedents obtained by the Los Ríos Prosecutor’s Office, the street artist carried machetes and refused to control and threatened the officer with knives, who used his service weapon and fired six times, five of them non-lethal and the last one It hit the juggler’s chest, which would have caused his death. The final investigation will take four months.

The police action generated a series of demonstrations, one of which led to the burning of the Municipality of Panguipulli.