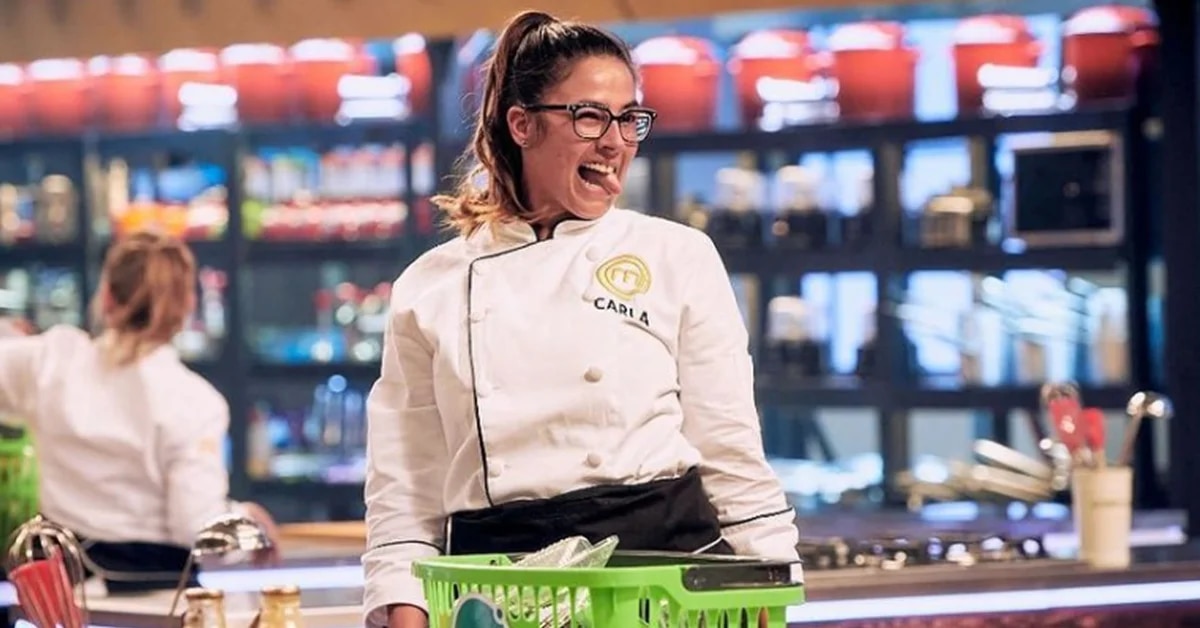 Masterchef: This was what the actress Carla Giraldo won by being the winner in the reality show. @carlagiraldo

The first strategies of the competition are already beginning to be seen, as happened in the last edition of ‘Masterchef Celebrity’ in which the war between comedians Liss Pereira, Frank Martínez and Diego Camargo, and the ‘4 babys’, made up of Carla Giraldo, Viña Machado, Marbelle and Catalina Maya, left the actress from ‘They call me Lolita’ as the winner.

On this occasion, in the second chapter of the competition, it was possible to see when ‘Tostao’ interrupted asking if the judges knew which team had made the preparations and Aco Pérez answered yes. Immediately, the member of ChocQuibTown said that this maneuver seemed unfair, since it was part of a strategy to eliminate the strongestcontroversy in which the beautiful presenter Claudia Bahamón had to mediate, to calm the waters that were turning cloudy in the most famous kitchen in the world.

This first confrontation of the competition led Frank Martínez, who acted as a guest during the first episodes of this new season, to put the spice that the recipe needed and ensure in a burlesque tone that, “This could be the birth of the new Carla Giraldo”.

Social networks did not let the comment of the group of finalists of the last edition of the cooking program go unnoticed, and Internet users quickly assured that. “the new Carla Giraldo” would be nothing more and nothing less than the actress Isabella Santiago.

You may be interested in: The tensions between Rodrigo Lara and Juan Manuel Galán open more cracks in the Centro Esperanza Coalition

The fact arose after a funny meme that showed the transformation that the actress of Venezuelan origin and the Colombian would have, and Giraldo very well remembered with his famous phrase “I’m going to take them all out.” It is worth mentioning that the user who shared the image managed to get the actress to react to her publication.

“Hahaha I loved it. And if you don’t doubt it, don’t doubt either that she cooks like a p $% & s and that’s why she studies. Bravo for his character, there wins the one who cooks the best and the one who lasts the longest ”Giraldo said from his Twitter account.

Carla Giraldo was excited to see that there is already a “new Carla” in the Masterchef Celebrity competition. Taken from Twitter.

“I have no proof, but I have no doubts either”, was the text with which the Twitter user accompanied the publication of the meme of the transformation of Carla Giraldo in Isabella Santiago. The publication has received about 17 comments, including that of Carla Giraldo, who responded with great emotion. “Hahahahaha Isabella is beautiful. She has character! That shouldn’t bother. She should be admired”more than 480 ‘likes’ and 46 times shared by other users of the social network.

Some of the comments point out: “Master, they haven’t been able to forget you”, “No, I like Isa, you can see she’s a good cook”, “She has an aura to spare”among others.

The comedian is part of this new season as a guest, in his first appearance he acted as a jury due to the absence of Jorge Rausch, in that first episode of the chef show, 4 immunity pins were delivered.

In that first episode, Bahamón revealed that one of the 20 participants who began competing on the beach would not get to know the famous kitchen in which hundreds of controversies are woven around the contestants, as the competition will get increasingly rough confirm Advance.

Some who arrive and others who leave: ‘Masterchef Celebrity Colombia’ already has its first eliminated
‘My name is’: ‘J Balvin’ was eliminated on a night of family reunions