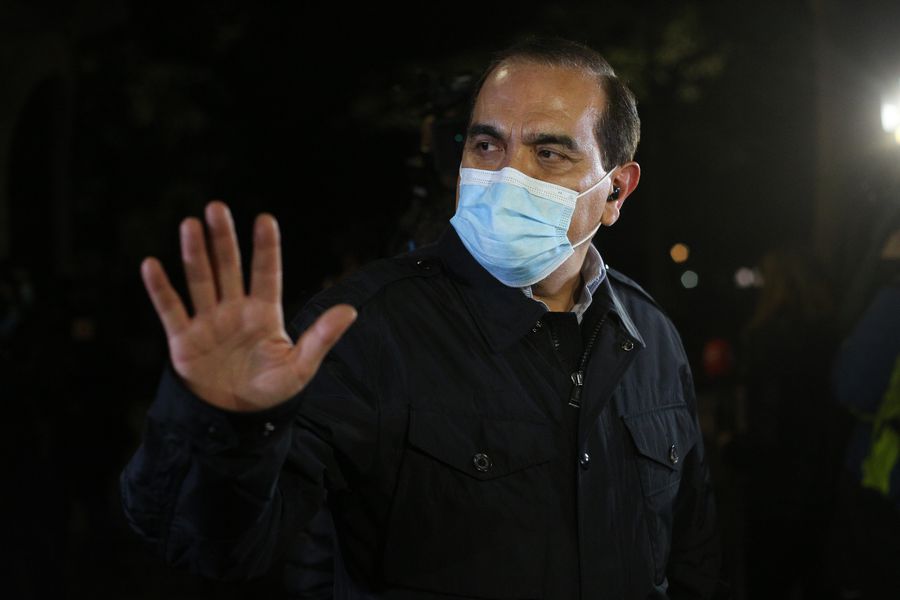 “I fought for democracy, and was later an active part of the center-left governments, those that consolidated democracy and that, with insufficiencies of course, and new achievements to be achieved, had the ability to lead the decades of greatest progress in our history, until taking Chile to lead all the indexes of economic and social development in Latin America”.

This is how the letter begins that during the afternoon of this Wednesday spread the former president of the Radical Party and former president, Carlos Maldonado Curti, where he confirmed his position regarding the constituent plebiscite of September 4: will vote Reject.

In the letter, the former radical helmsman explained his position by pointing out that “I signed the agreement of November 15, 2019, then enthusiastically promoting the Approve option in the 2020 plebiscite, and I remain fully committed to the constituent process and its purpose of delivering to the country a fundamental charter that is a common house, of which we can all feel part, that does not take ideological sides, nor is it a government program, but, on the contrary, establishes rules that allow free debate and democratic resolution of the various ideas and proposals.

“A Constitution that respects the division of powers, that establishes a solid political system, with respect for minorities and with the necessary checks and balances to avoid authoritarian temptations and rule changes on the fly. That establishes the pre-eminence of the majorities in decision-making, but that does not allow their capture by the institutions, nor their perpetuation in power. That establishes an unrestricted equality before the law, without privileged persons or groups. That does not grant veto rights. That unites Chile, not that it divides”added the also former Minister of Justice during the first government of Michelle Bachelet.

However, as he explained, the final text issued by the Constitutional Convention, “despite its advances in social rights, the environment, and other matters that must be included in our constitutional order, it is -as a whole- an inconvenient proposal for the country”.

“And then, if all that were not enough, it is intended to give the PPOO themselves an unprecedented right of veto on possible constitutional modifications that may affect the rights that are being granted to them. This unique constitutional “lock” has never existed in the history of Chile”, he added.

“The challenge is not to refound Chile, putting at risk what has already been achieved with so much effort. The challenge is to provide ourselves with a Constitution that unites us and gives us the normative bases to improve those aspects that still separate Chile from the standards of the most developed nations,” Maldonado assured.

The former Radical presidential candidate closed his letter stating that “I will continue to be fully committed, and working every day until they materialize in a good way, that is, caring for and preserving what has already been achieved, those essential constitutional, social, political and economic improvements that Chile demands. In the meantime and in parallel to this task, which must continue, in the plebiscite on September 4, thinking exclusively of the superior interests of Chile, and due to the considerations already expressed, I am obliged to vote REJECT”.

Maldonado joins a varied number of figures from the center-left who have already stated that they will not support the Approval in the September plebiscite. Yesterday The Third PM gave an account of the letter in which various characters such as Michelle Bachelet’s former finance minister, Andres Velasco; the cultural manager and promoter of the “Marca AC” campaign, Javiera Parada; the ex-conventional constituent Felipe Harboe; lawyer Antonio Bascuñán; the former president of Codelco and economist, Oscar Landerretche (PS); among others, they announced that they will vote Rejection.