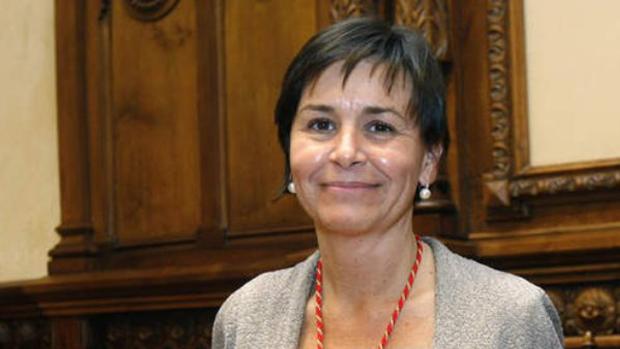 Carmen Moriyón (Gijón, 1966) was mayor of Gijón for Foro Asturias, from 2011 to 2019, and since 2018 she is the third president of the party. Today he denounces that the founder, Francisco Álvarez-Cascos, used the training funds for his own benefit, as ABC has revealed this week.

How and when did you discover the real accounts of the party?

After the May 19 elections, my immense concern was how to pay the providers. I decided not to take the deputy act, because it had failed and I was responsible. But I kept the Presidency because I was calm: there was no money and providers had to be paid. And in a natural way everything arose. I met him months ago.

What impression did it take?

I felt that this was an economic and political plunder, because the project was the best for Asturias, and above all a moral plunder; the disappointment was tremendous. I had to go through my personal grief, because I was a professional and, like me, more than 170,000 people who trusted our project. I couldn’t look the other way. It’s just tremendous, I still can’t believe it.

You assume the Presidency in September 2018. A year and a half has passed.

It was 8 months before the elections and frankly I dedicated myself to that. In the previous time, I was part of the board of directors because as mayor of Gijón I was a born member. But I was never on a voted list in a congress. I am telling you this clearly: I assumed in the leader the good faith and the honorability in the directive commissions that I always tried to attend, although I never had an executive position. I never found any indication that things could be happening. If it is true that the statement of accounts was not presented, but he did realize that the Court of Accounts had not provided any caveats. I have to confess to you that I assumed that the person in charge of the party had a salary, but I never worried. After the elections, I got scared. What struck me most was the Madrid headquarters (rented on Paseo de la Castellana to the then-wife of Álvarez-Cascos). I do remember that on the 14th it was reported to leave a headquarters, on Hilarión Eslava street. There the first campaign was made to the generals, in year 11. It is not an excuse, but I lived the responsibility of the Mayor of Gijón ruling in a minority. I devoted myself to that and I swear to you that I presupposed honorability.

Everything jumps when the party runs out of funds following the elections of 19 and an economic problem is generated.

Following the problem of payment to suppliers, the Board of Directors asks for the accounts and an audit is commissioned. And when the first receipts start to seem … tremendous. Everything starts because I said I would not leave without leaving this issue resolved. We owed 346,000 euros to suppliers. Fortunately, today half of the debt is settled and I hope that by the summer there will only be 80,000.

The national deputy of Foro has said that he was at the headquarters hired from the ex-woman of Cascos in Madrid.

Has Mr. Cascos called you?

Is this going to end in court?

Of course. And it has another derivative: let’s do an exercise in political decency. There is no other way, we cannot put this in a drawer. We came to provide a service to Asturian society and for that we had public funds and we must account for this. If Forum can have a future, this needs to be clarified in court.

Critics accuse them of being a crutch for the PSOE and defending the Asturian official.

Is incredible. That they bring me, since I am president, a report from a Board of Directors where the Asturian official has been raised. Dear God, with the problems that Asturias and Spain have. And sell us to the PSOE? We always seek moderation. .