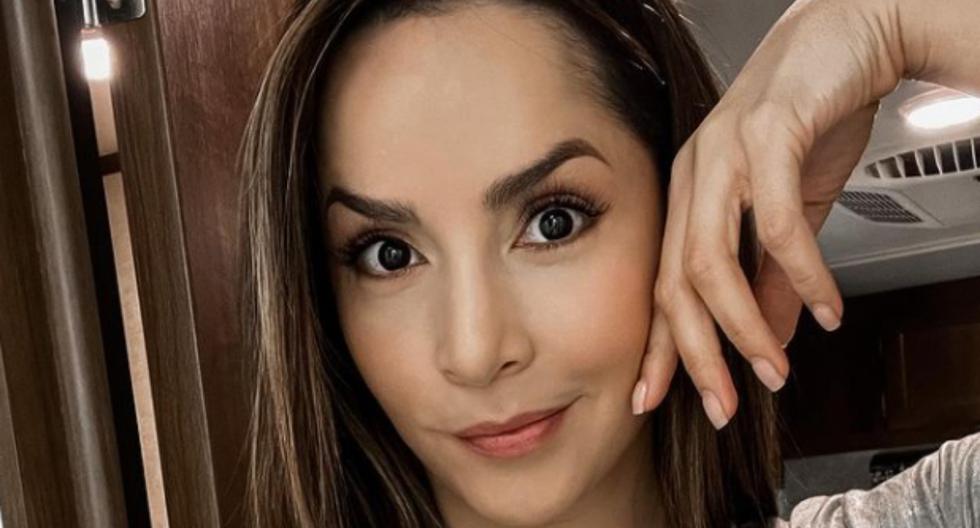 Why carmen villalobos don’t you wear your wedding ring? The popular actress of the telenovela “Café con aroma de mujer”, which can be seen on Netflix, has surprised her followers by not using the symbol of her marriage with Sebastián Caicedo. However, the artist that she has been related to William Levy has cleared doubts about this decision.

MORE INFORMATION: Why did Carmen Villalobos disappear for several days?

The Colombian artist has put on hold its participation in the TV soaps. The series that she starred with Laura Londono and Levy, however, keep her in the public eye.

For this reason, the fans he has on social networks have wondered if his relationship with Caicedo It remains one of the most stable in the medium.

MORE INFORMATION: This was the reunion of Carmen Villalobos and Majida Issa

Carmen Villalobos and Sebastian Caicedo have 13 years together and more than two years of marriage. Their wedding in 2019 was confirmation that the couple was at their best. However, now speculation has been generated because the actress has not been seen with her wedding ring.

Colombian actress carmen villalobos He took it upon himself to dispel doubts about why he doesn’t wear his wedding ring. The actress of “woman-fragranced coffee” stated that he fears losing the symbol of his marriage with Sebastian Caicedoruling out that there is a crisis in his family.

The interpreter of “the end of paradise” indicated that this should not surprise people who follow her work, because they know that she is often distracted by her personal belongings.

“I am very disorganized, very clueless and I am afraid of losing him, that is the truth. Everyone who has followed me in my career knows that I always take my rings off.”manifested in his social networks before the consultations of his millions of followers.

In this way, the Colombian celebrity He ended the rumors that there would be problems in his relationship with Caicedo. Throughout the years they have been together, the couple has suffered speculation and versions that have not been reflected in reality until now.

The famous artist, in addition, has told on her social networks that she had to separate from her husband during the closure of 2021. Caicedo tested positive for coronavirus during the festivities of Christmas and New Yearso they could not celebrate together the beginning of a new stage in their lives.

Unfortunately, when Sebastián Caicedo’s illness was already passing the respective time, she became infected, seeing herself forced to stay away for a few more weeks.

“This end of the year and beginning of 2022 have been quite complicated. Arriving from Miami, Sebastián was infected with COVID-19, so on the 24th and 31st we were apart. Just when he was getting over it, he hit me”, confessed the Colombian.

WHERE DID CARMEN VILLALOBOS AND SEBASTIAN CAICEDO MEET?

On the other hand, the spouses Carmen Villalobos and Sebastián Caicedo They met in 2007 in the telenovela “Nobody is eternal in the world”, production of Caracol TV. The actors shared roles for the first time and did not remain indifferent, according to Villalobos.

“Each one by his side, seemed to me a very handsome guy, I seemed to him very beautiful and everything, but nothing. Let’s say that everything came later “said the actress in an interview with “more of you”. However, love did not begin to be born there, but it was still later.

Villalobos did later “Without breasts, there is no paradise” and, at the end, in 2008, is when he meets again with Caicedo and love was inevitable. Later, the beloved couple came to star in the telenovela “Rich kids, poor parents”, in 2009, sharing a new stage as boyfriends and colleagues at the same time.

The first signing that Zidane has requested to sign with PSG