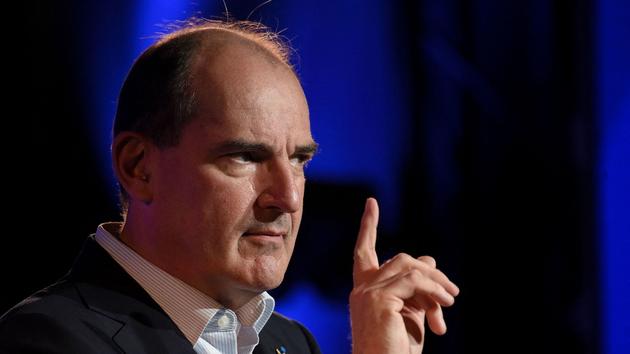 The Prime Minister unveiled during a trip to Châtellerault (86) his plan against long-term unemployment, while companies are facing recruitment difficulties.

This is one of the brakes on the recovery. During a trip to Châtellerault (Vienne) with the Minister of Labor, Élisabeth Borne, Prime Minister Jean Castex presented his plan against the labor shortage. “The economic situation is paradoxical”, thus began the Prime Minister. “The recovery is here, it is much more vigorous than what all the experts expected. […] The unemployment rate is back to its lowest level in twelve years. But we could still do better, we can’t be completely happy ”. In the line of sight, the recruitment difficulties encountered by certain companies.

Read alsoHow to reduce poverty through employment rather than social assistance

To face this paradox, the Prime Minister reiterated his attachment to the reform of unemployment insurance which will come into force. “In a stepped manner” between October 1 and December 1, 2021. According to Jean Castex, the objective is to get out of a “Flexi-precariousness” by limiting the use of short contracts and ensuring that the work “Earn more” than inactivity, he defended. Last June, however, this reform was suspended due to a decision by the Council of State, which found the economic context unfavorable to its implementation.

On the aspect of the attractiveness of professions, Jean Castex relies on “Branches and social partners”. Working conditions, professional development patterns and salaries must in particular be reviewed, according to him, in order to bring candidates to apply in neglected sectors. Retail trade, hotels, cafes, restaurants, home helpers… Many sectors are currently suffering from disaffection on the part of job seekers. “36 professional branches” will thus be invited to discussions with the Minister of Labor Élisabeth Borne in order to discuss an increase in wages, in particular for employees whose remuneration is lower than the minimum wage.

Strengthening training for the unemployed

“The third answer is that of skills”, continued Jean Castex, who sees the digital and ecological transition as transformative factors that must have repercussions in the training of employees and job seekers. “Since 1980, 50,000 industrial jobs have been destroyed each year”, argued the Prime Minister. “We must boost the training of employees of SMEs by making employees of companies with 50 to 300 employees eligible for mutual training funds”. As regards job seekers, 18% have access to training each year. The government plans to offer them greater access to this training. Companies will be called upon to achieve this objective. Job seekers can thus be trained through operational preparations for employment, which allow them to learn a job on site. 85% of applicants who follow this training find a job, argues the Prime Minister who wants to train 50,000 unemployed.

Longer training will also be offered for trades whose training is “Too expensive, or whose supply is too small”. “We are injecting an additional 350 million euros in favor of this system”, adds the Prime Minister. The professionalization contracts for the hiring of people remote from employment, on a work-study basis, will finally benefit from a boost since an additional 240 million euros will be allocated to this system. Access to professionalization contracts will also be extended to the unemployed of all age groups and no longer just young people.

The overall goal is to train 1.4 million job seekers by 2022 to cope with the labor shortage. “It is true that the problem of recruitment difficulties is neither unknown nor new. But it has taken on an exacerbated dimension and is tending to spread to all sectors ”, underlined Jean Castex Sunday evening in an interview published on the site of the Echos.

Indeed, according to a study carried out by the Center for Young Leaders (CJD), 71% of business leaders say they have at least one vacant job in their structure, and 53% of them consider that the recruitment difficulties have become more difficult. worsened with the health crisis.

The various measures announced by Jean Castex will represent a total of 1.4 billion euros, of which 900 million will be released in 2021. This sum will be the result of budget reallocations, “Which will not put a strain on public finances”, promised the Prime Minister. The management of public finances of the government, which presented its draft budget for 2022, has indeed been criticized by certain actors such as the head of Medef, Geoffroy Roux de Bézieux.

SEE ALSO – For Jean Castex, the reform of unemployment insurance is “Absolutely essential”