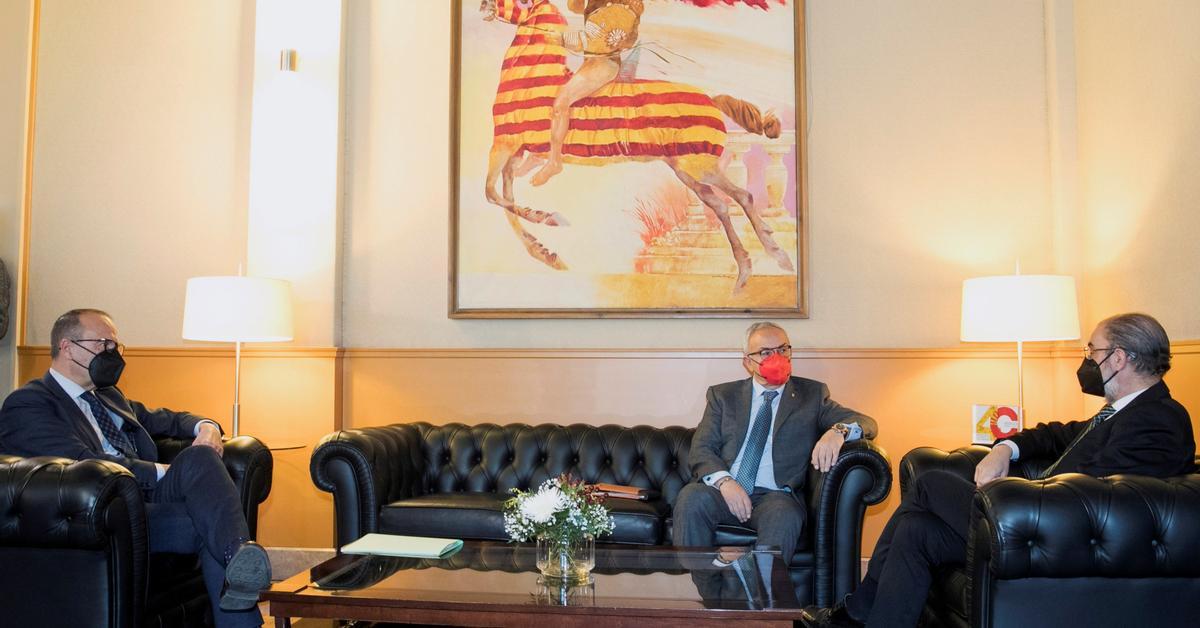 BarcelonaThe President of the Spanish Olympic Committee (COE), Alejandro Blanco, has insisted today after a meeting with the Aragonese government in Zaragoza that the Pyrenees “will have” their Winter Olympics but will need “unity, dialogue and respect for all those who form the candidacy “, because” no territory predominates over another “. The Olympic candidacy, led by the government of the Generalitat to bring for the first time in history a Winter Games in the Pyrenees in 2030, enters a key phase without finding agreements between the governments of Catalonia and Aragon on what should be the name project officer.

Blanco met this Tuesday in the Aragonese capital with the President of Aragon, Javier Lambán, to address the organization of the candidacy, and recalled that in the last three years has worked on “a country candidacy “, in which” not only Catalonia and Aragon, but also the government of Spain “. The meeting comes shortly after the statements of the Minister of the Presidency of the Generalitat, Laura Vilagrà, who defended that Aragon should have a role of collaborator in some sports. The first projects of the candidacy were led by the Secretary General of Sport of the Generalitat, but after negotiations with the Spanish Olympic Committee it was agreed to include tests in Aragon. The technical committee of the candidacy has almost finished the proposal of venues for each sport, but the governments do not agree on how to name the project: “So far we are talking about the Pyrenees Winter Games and nothing else.” We have to find the name that we are all comfortable with, “said Blanco.

The candidacy would include Barcelona as the main sports venue in pavilions, although Zaragoza would also have such events. In addition, tests will be carried out in the Cerdanya, the Aran Valley and the Aragonese Pyrenees. The Central Government, the COE, the Government of Aragon and the Generalitat are represented on the technical commission, whose work is expected to be completed in late March or early April. One of the points that this commission will have to decide will be where to do the trampoline, bobsleigh and skeleton jumping tests, disciplines that require a very large infrastructure that does not exist in the Pyrenees right now. The IOC’s new Olympic venue selection policy calls for no major works to be done that do not make sense once the Games are over, which is why consideration is being given to taking these tests to Sarajevo or the Alps, where infrastructure already exists. Blanco will meet with the Catalan government this Wednesday, but has already recalled that “there is no predominance of one territory over another and we must present the best technical candidacy, based on respect and dialogue, because if everyone goes for a we will have nothing to do. “

The Catalan government announced last week some details of the referendum in the Pyrenees on the Olympic proposal. Voting will take place this spring and the citizens of the Alt Pirineu and Aran counties will be invited to take part: Pallars Jussà, Pallars Sobirà, Alta Ribagorça, Alt Urgell, Cerdanya and Vall d ‘ Aran. There are a total of 77 municipalities, with a global census of about 63,000 people – you can vote from the age of 16 – and the result will be binding. The municipalities of Berguedà, Solsonès and Ripollès complained that they were excluded from the consultation, understanding that some Games in the Pyrenees would affect them, although it is not expected that any of these counties will be the scene of the Games. Catalan government spokeswoman Patrícia Plaja has argued that the consultation on the Barcelona-Pyrenees candidacy will only take place in the Alt Pirineu i Aran because this is where there will be a “greater positive impact”. However, he added that the executive will “take into account” the opinion of the pre-Pyrenees territories because they will be able to participate in the strategic commissions. Plaja recalled that “Catalonia is the one who must promote the candidacy” after listening to the statements of the Aragonese president Javier Lambán, who will meet with Pere Aragonès this Wednesday.

The CUP asks for explanations

For its part, the CUP-NCG will request the appearance of the Minister of the Presidency, Laura Vilagrà, on the occasion of the consultation on the Winter Olympics. Anti-capitalist MP Xavier Pellicer has complained about the management of the executive in recent days. Specifically, he criticized the consultation for excluding counties affected by the event, such as Solsonès, Ripollès and Berguedà. That is why Vilagrà wants to detail which territories will take part in the consultation. He also charges against a poll “absolutely manipulated to generate a favorable state for the Games” that has been made public in recent days. Finally, the CUP has promised to take part in an “immense ‘no’ campaign to the Winter Olympics”, as they consider the project to be part of an outdated model. The CUP considers the Games to be “a macro-event that should not be held”, criticizes that they are being organized “back in the territory” and criticizes the Government for “collaborating” with the Spanish government for this project .

Handa Archil loses her mind and appears without clothes to show off her charms and everything she has in a scandalous view of the sea!!