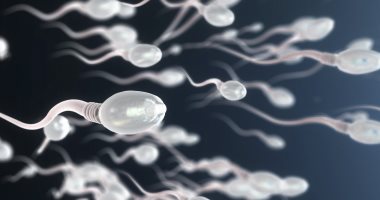 Infertility is one of the problems that many people suffer from Psychological state According to the Mayoclinic website, infertility may result from the husband or wife, or a group of factors that prevent pregnancy. There are many safe and effective treatments that greatly increase your chances of getting pregnant.

The main symptom of infertility is that no pregnancy has occurred and may not have any other obvious symptoms. But sometimes symptoms include irregular or interrupted periods in infertile women. In some cases, infertile men show signs of hormonal problems, such as changes in hair growth or sexual function.

However, most couples eventually conceive, with or without treatment.

Abnormal sperm production or dysfunction due to undescended testicles, genetic defects, or health problems, such as diabetes or certain infections; Diseases such as gonorrhea, mumps or HIV. Enlarged veins in the testicles (varicocele) can also affect sperm quality.

– Problems with sperm delivery due to sexual problems; such as premature ejaculation, or some genetic diseases such as cystic fibrosis, or structural problems, such as testicular obstruction, or damage or injury to the genitals.

Excessive exposure to certain environmental factors, such as pesticides, radiation, and other chemicals, can also affect cigarette smoking, alcohol use, and medication for bacterial infections, high blood pressure, and depression.

Damage related to cancer and its treatments, which include radiation or chemotherapy. Cancer treatment can impair sperm production, sometimes severely.

Causes of infertility in women may include:

Ovulation disorders, which affect the release of eggs from the ovaries, including hormonal imbalances such as polycystic ovary syndrome (hyperprolactinemia), a condition in which you have too much prolactin — the hormone that stimulates the production of breast milk — may also interfere with ovulation. Having too much thyroid hormone (hyperthyroidism) or too little (hypothyroidism) affects the menstrual cycle.

Fallopian tube damage or blockage is often due to inflammation of the fallopian tube (salpingitis). This may result from pelvic inflammatory disease, which is usually caused by a sexually transmitted infection, endometriosis, or adhesions.

I can’t drink beer around the stadium… FIFA final decision

Brazil’s president has vowed to end deforestation in the Amazon