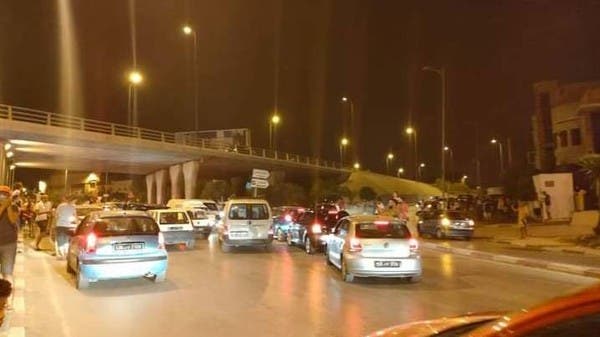 On Sunday evening, popular celebrations pervaded all Tunisian cities, after thousands of Tunisians took to the streets to express their joy and welcome and support for the decisions announced by President Kais Saied.

Two witnesses said that military vehicles surrounded the Tunisian parliament building late on Sunday evening, hours after President Saeed announced the freezing of parliament for a month and the dismissal of the government, in a move that Parliament Speaker Rashid Ghannouchi described as a coup, as he put it.

The witness explained that the citizens who gathered nearby chanted for the army and chanted the national anthem while its vehicles surrounded the parliament building, quoting Reuters.

AndPresident Saeed announced the freezing of the work and powers of Parliament Lifting the immunity of its members, dismissing the government and assuming executive and judicial powers, as well as vowing to prosecute corrupt and criminals, and to preserve the state and the interests of its people.

Thousands went out to the streets and public squares, despite the night curfew imposed by the authorities due to the outbreak of the Coruna virus, and unleashed their car horns and lit fireworks, as well as ululating and cheering from balconies of homes.

Minutes after President Said announced these measures, crowds flocked to the vicinity of the parliament headquarters, which witnessed clashes today between the police and protesters who demanded the resignation of the ruling system and the dissolution of Parliament, to celebrate the fulfillment of their demands. And they shouted with joy.