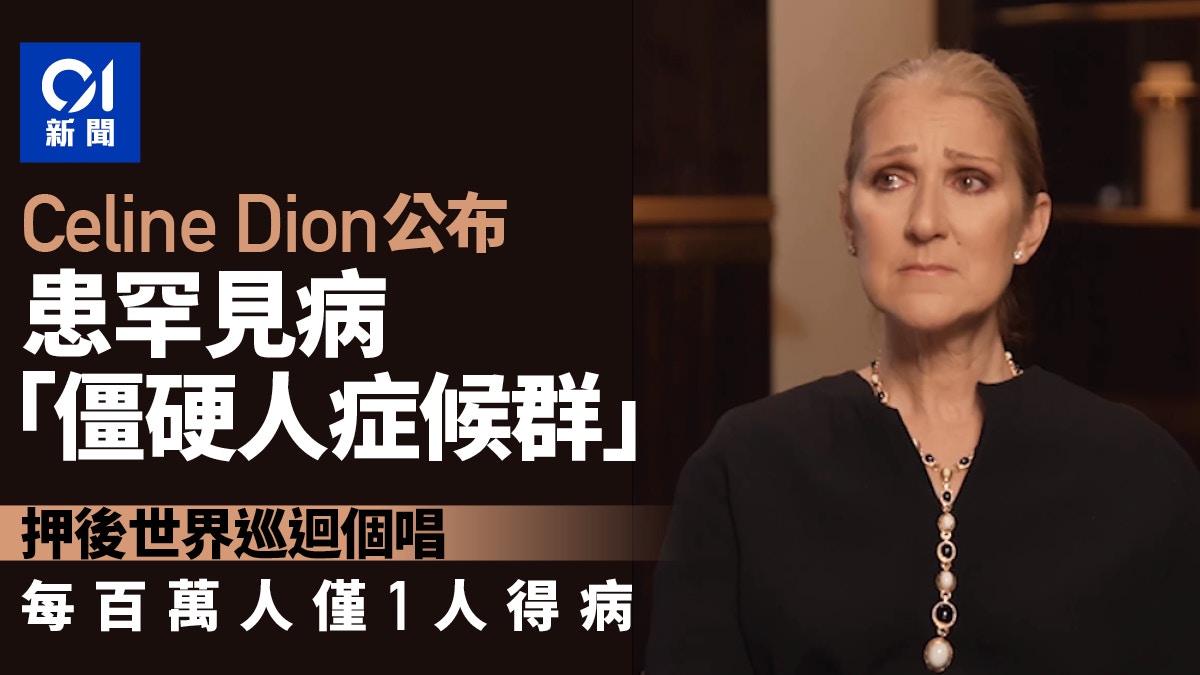 Celine Dion, 54, posted a video on Instagram on December 8. She looked sad and said: “I have been dealing with my health problems for a long time, and facing these challenges and talking about what I have been through Everything, it was really difficult for me. I am not able to resume my European tour in February and it breaks my heart to tell you this.”

The Canadian Broadcasting Corporation (CBC) said on December 8 that according to Celine Dion’s website, 8 of the Courage World Tour concerts held in the summer of 2023 have been cancelled, and several other sessions originally scheduled for the spring of 2023 will be changed. To be held in 2024.

“Stiff Man Syndrome” is a rare disease of the central nervous system. The main symptom of the patient is stiffness and tightness of the trunk and proximal extremities, especially the muscles of the abdomen and lower back. Celine Dion has postponed concerts due to health reasons many times before. At that time, she said that she suffered from persistent muscle spasms for a long time.

The first day of the World Badminton Federation finals: Chen Yufei was upset and lost_Guangming.com