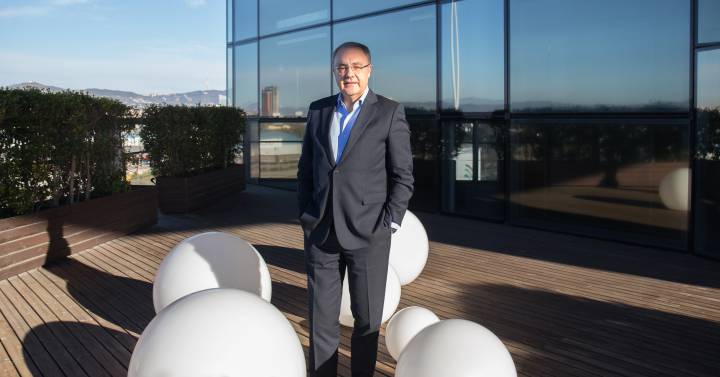 The acceleration in Cellnex’s procurement race, boosted this Wednesday by the agreement with Altice to acquire 10,500 sites in France for 5.2 billion euros, has expanded the number of large clients, dubbed “anchor clients”, to a total of 15 : SFR, Bouygues Telecom, Iliad, Telefónica, Orange, MásMóvil, Hutchison, Wind, BT, Salt, Sunrise, Play, MEO, NOS and Deutsche Telekom. In other words, they are the majority of the large European telecoms, from which it has bought infrastructure to a greater or lesser extent. In total, once all ongoing operations are closed, there will be 120,000 sites spread over a dozen countries.

In its presentation with investors to present the agreement with Altice, Cellnex defends the position achieved, as a way to boost organic growth and become strong in 5G, in addition to positioning itself for new purchases.

According to Cellnex, this strong presence in Europe is already a turning point, since it has an operating platform that allows it to benefit from economies of scale, capture synergies, create a unique business model and generate opportunities within the same market. In France, where it has three of the four mobile telecos as clients, it is consolidating itself as a neutral wholesale operator.

For Cellnex, the sector is going to face strong organic growth driven by future infrastructure densification needs, in part due to the growing demand for mobile data by users. “There is a consistent generation of organic growth of at least 4% per year in existing sites,” says the company, which points out that by 2025 there will be more than 435,000 sites in Europe. And a good part of that growth will come from the hand of 5G.

Cellnex points out that telcos are going to have to face payments for spectrum, and face an increase in capex for these networks, when their leverage is at its highest in the last 15 years. “This reinforces the need for trusted neutral infrastructure providers in assets adjacent to towers that facilitate more efficient investments,” he says. Cellnex believes that 5G will make shared infrastructure the norm, as it will require extensive densification of base stations, as well as installing more small cells.

The company indicates that outsourcing the perimeter around the tower ecosystem is expanding. Cellnex points out that the tower will continue to be the core business, although it points to a natural extension of the 5G customer relationship with adjacent businesses, such as small cells and DAS, edge computing and fiber to connect base stations.

In addition to organic growth, Cellnex highlighted its positioning for new acquisitions. A framework that helps the company defend itself from the competition of groups like American Tower to compete in the processes that are being opened.

The company recalls that it has identified a portfolio of active projects and new opportunities equivalent to 18,000 million euros, which would include the aforementioned operation with Altice in France. The Spanish group advocates its ability to maintain an active dialogue with Tier1 operators, to whom it offers a “unique industrial value proposition”. In addition, he defends his ability to crystallize innovative transactions and extract opportunities from joint ventures with operators.

Banks and markets have accompanied Cellnex from the beginning. Following the purchase of Hivory from Altice and KKR, the group led by Tobías Martínez will execute an extension with preferential subscription rights for 7,000 million euros, fully insured by BNP Paribas, JP Morgan, Barclays and Goldman Sachs, which is expected to start in the month April, once you have the approval of the board.

At the same time, the banks have reopened the liquidity tap, with additional financing in various terms, led by JP Morgan, although a total of twenty entities participate, for an additional € 10 billion, according to a document from the company.

Sources familiar with the operation indicate that part of this amount was already signed last November, after the announcement of the purchase of CK Hutchison’s business and tower assets in Europe. That line of financing is fully available. It includes a bridge loan for a term of 36 months, another for three years and a third for five years.

Cellnex’s cash needs are more than covered. This last line, which has been granted without any type of financial commitment (covenant), promise or guarantee on the part of the financial institutions, joins the liquidity of 7.2 billion euros that it had on the balance sheet at the end of the third quarter already the one he collected in the final stretch of last year.

Sources familiar with the process indicate that the release of the bond market will continue to occur in the medium term. Its last placement was in November, with convertible debt for 1,500 million euros due in 2031, an interest rate of 0.75% and an effective metamorphosis price of 104.2241 euros per share. Yesterday, Cellnex closed with a fall of 2.69%, at 48.05 euros per share.

At the end of the third quarter, the company registered a gross debt of 7,100 million euros with an average cost of 1.5% and does not face any significant maturity this year. Next year 600 million will expire and in 2023, slightly less than 200. It will be in 2024 when it will have to repay or refinance debt for about 2,100 million euros. Cellnex has had almost a blank check from the banks and the markets for its growth plans. The company has an investment grade rating (BBB-) with a stable outlook according to Fitch.

See Also:  Pelota: The Basque Government demands that the distance be kept in the ball frontons in addition to complying with the capacity