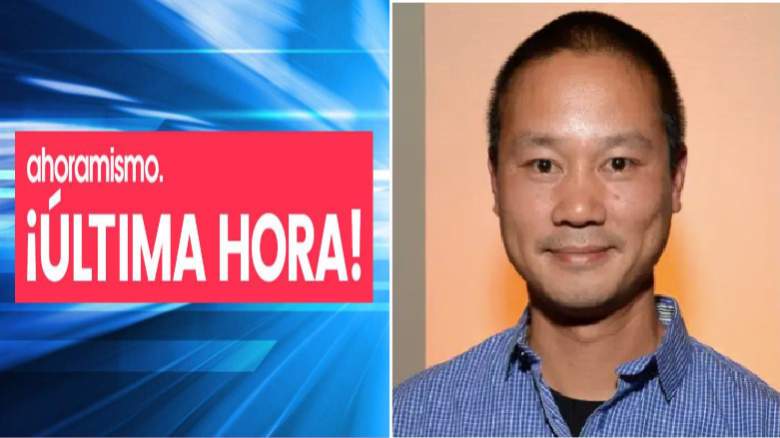 Tony Hsieh, former CEO of retail giant Zappos and founder of DTP, has passed away at the age of 46.

DTP Companies, based in Las Vegas, issued a statement on November 27 confirming his death, according to KLAS. The businessman passed away surrounded by his friends and family in Connecticut, the station reported.

“Tony’s kindness and generosity touched the lives of everyone around him and made the world happy forever,” DTP said in a statement obtained by KLAS. “Providing happiness was always his mantra, so instead of regretting his transition, we ask that you join us in celebrating his life.”

So many people are devastated by Tony’s passing, not only because he died so young but also because he was a remarkable businessman and generous and kind human being. https://t.co/iMrLfokXCU

A beautiful tribute to a true pioneer. Tony Hsieh was a visionary. He was generous with his time and willing to share his invaluable expertise with anyone. And he was very, very cool. https://t.co/5A78fWpNyv

His death comes just three months after he retired as CEO of Zappos, a Las Vegas-based online shoe and clothing retailer, after a 20-year stint, the station continued.

Kedar Deshpande, CEO of Zappos, paid tribute in lines to the “incredible human being”, writing:

“The world has lost a tremendous visionary and an incredible human being. We recognize that we have not only lost our inspiring former leader, but many of you have also lost a mentor and friend. Tony was instrumental in helping build the thriving Zappos business we have today, along with his passion to help support and advance our company culture. “

It is with very heavy hearts that we are sharing some very sad news, as we have learned that Tony passed away earlier today (11-27-20). The world has lost a tremendous visionary and an incredible human being. We recognize that…https://t.co/RUMNOFrItZ pic.twitter.com/NSAFGW8p4L

Puoy Premsrirut, Hsieh’s attorney, told the Reno Gazette Journal that he “suffered injuries from a house fire” while visiting family in Connecticut.

No further details have been released about his death.

Here’s what you need to know about Tony Hsieh:

1. Hsieh joined Zappos in 1999 and turned it into a highly successful business

Hsieh joined Zappos in 1999 as CEO, according to Footwear News.

The company started as an online footwear retailer before rapidly expanding into the handbags, apparel and accessories arena, added KLAS.

Footwear News described Zappos as the “pioneer” of free shipping and returns. “It didn’t take long for the concept to take hold as e-commerce took off,” the outlet said.

In 2009, Hsieh sold the “blockbuster” business to Amazon for $ 1.2 billion, revealed Footwear News. He remained with the company until his retirement.

2. Hsieh founded DTP in January 2012 and has been credited with Revitalizing Downtown Las Vegas

Tony Hsieh played a pivotal role in helping transform Downtown Las Vegas. Kathy and I send our love and condolences to Tony’s family and friends during this difficult time https://t.co/7TXBUDWZe0

In January 2012, Hsieh founded DTP “with the idea that if you accelerate co-learning, collisions and connectivity in the inner city of the city, productivity, innovation, growth and happiness will fall into place” , according to their website.

A large portion of our investment went to real estate and development in the Fremont East / East Village districts of downtown Las Vegas. We own approximately 45 acres and are activating our properties organically, rather than through a top-down master plan. We have intentionally activated buildings that are not directly next to each other to encourage people to walk a little farther into the neighborhood, increasing the chances of collisions.

3. Hsieh was an advocate of “corporate culture”

During an interview with the blogger Neil Patel, Hsieh recalled the hiring process for his first company, LinkExchange, fresh out of college.

The businessman said he initially hired his friends, or friends of friends, until the company needed more people, Patel reported.

“They didn’t have a lot of hiring experience, but due to business growth, they had to hire someone. Since they had no friends left to hire, they needed to bring someone from outside, ”said the blogger.

“Hsieh says that while competent people with the right skills were hired, they didn’t fit in well with the culture,” continued Patel. “When LinkExchange grew to around 100 employees, the culture was lost. Hsieh says it was difficult to get out of bed in the morning to go to work at her own company. “

In 2010, Hsieh published her first book, Delivering Happiness: A Path to Profits, Passion, and Purpose, claimed Footwear News. The book seeks to enlighten readers on “how company culture and employee happiness are sustainable means of running a business of profit, passion and purpose,” according to its website.

4. Hsieh lived in a trailer park

Zappos CEO Tony Hsieh is worth $820 million but lives in a Vegas trailer park http://t.co/9GoSp9UvJi pic.twitter.com/e91nTYwnDm

According to CNBC, Hsieh lived in a “240-square-foot Airstream trailer” in Las Vegas for less than $ 1,000 per month, despite having approximately $ 780 million attached to his name.

The near-billionaire told NPR’s Guy Raz that he would rather spend money on experiences than material things, CNBC continued.

“Right now I live in an Airstream,” Hsieh said during an episode of the podcast. How I Built This from NPR, according to CNBC. “I love it because so many amazing random things happen around the campfire at night. I think it is the largest living room in the world ”.

Hsieh said there was no material item, other than “maybe” his phone, that he would try to salvage from a burning building, CNBC reported.

“Sometimes people ask me what my definition of success is, and for me it’s getting to the point where you really agree to lose everything you have,” Hsieh told Raz, according to CNBC.

5. Hsieh was born in Illinois and graduated from Harvard University

Hsieh was born on December 12, 1973 in Illinois, stated Your Tech Story. Her parents, Richard and Judy Hsieh, immigrated from Taiwan, the outlet continued.

The future businessman grew up in the San Francisco Bay Area, California alongside his two brothers, YTS said.

According to Hsieh’s LinkedIn, graduated from Harvard University in 1995. YTS added that he studied computer science while running the Quincy House Grille, where he sold pizza to students in his dorm.

This is the original version of this story on Heavy.com 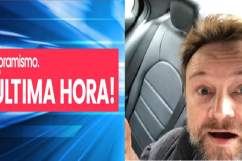