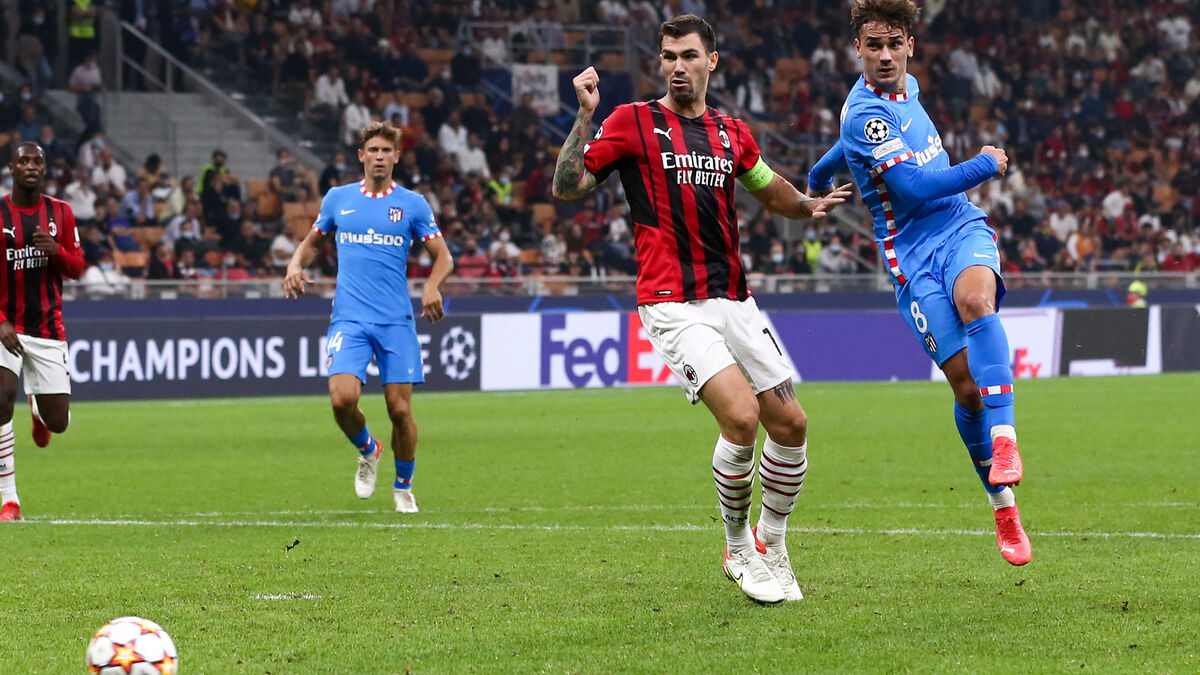 He hadn’t yet managed to find the net. Since his return this summer, on the last day of the transfer window, at Atlético de Madrid, Antoine Griezmann had remained silent, withdrawn, erased, still traumatized by his experience in Barcelona. He was only the shadow of the player who had illuminated Madrid’s evenings for years. It is now ancient history. “Grizou” took advantage, this Tuesday, of the trip of his team on the lawn of AC Milan, during the second group day of the Champions League, to reconnect with his prestigious past under the colors of the Atlético.

Substitute at the kick-off, as against FC Porto (0-0) during the first day of the event two weeks ago, the French international entered in the 60th minute to reinforce a Madrid attack to the penalty against the Milanese who led in the score (1-0). But in the 84th minute, “Grizou” emerged to equalize with a left end, beyond the reach of his compatriot Mike Maignan. He had not scored for the “Colchoneros” since April 24, 2019.

“It feels good, savored the Frenchman at the microphone of Canal +. I know I have to work even more, it’s true that my start to the season is not very good, I have to adapt to a style of play, after a transfer like that at the last minute. You have to digest everything, work, have self-confidence. That’s what I’m trying to do and I’m happy on and off the pitch, and it’s going to roll! I wanted to come back, with the coach (Diego Simeone), the players, the supporters… It’s perfect for me, I can only improve and work to try to reach my best level. “

A perfect evening for Griezmann since a goal from a penalty from Luis Suarez at the end of added time (90th + 7) allowed the Spaniards to win in extremis, spoiling the celebration of the Milanese who made their return to C1 after seven years of ‘absence.

Haller panics the counters with Ajax

Griezmann is not the only French to have shone during the evening of Tuesday. After his historic quadruple registered for his big debut in C1 in Lisbon two weeks ago, Sébastien Haller scored again for Ajax Amsterdam (Group C). The native Ris-Orangis kid scored his second goal and validated the victory (2-0) against the Turks of Besiktas. The 27-year-old Frenchman continues to panic the counters and consolidates his place at the top of the ranking of the scorers of the competition (5 achievements). He is the first player to score five goals in his first two Champions League games, better than Marco van Basten, Diego Simeone, Didier Drogba or Erling Haaland, who stopped at four goals for their debut in C1.

In the PSG group, Leipzig, despite a new goal from Frenchman Christopher Nkunku, lost at home to Bruges (2-1). Already author of a hat-trick two weeks ago during the spectacular defeat of Leipzig to City (6-3), the former PSG player confirms his current good form.

Finally, in Madrid Karim Benzema scored his 72nd goal in the Champions League. The Real striker, 33, is, with Messi (author of his first goal with PSG the same evening), the first player in history to score in 17 different seasons of C1. With this new goal, the French international also exceeds the Madrid legend Raul (71), in fourth place among the historical scorers of the competition. A ranking dominated by Cristiano Ronaldo (135 goals), who will play Wednesday with Manchester United against Villarreal.

Unfortunately for the White House, the performance of their captain was not enough to avoid the humiliation of a home defeat against the modest Sheriff Tiraspol (1-2). The Moldovan champion based in Tiraspol, Transnistria, a pro-Russian separatist enclave, has arguably achieved the greatest feat in his history.

“No words can express our and your disappointment tonight … Let’s continue to work to do better for the next match,” Benzema posted on his social networks overnight.