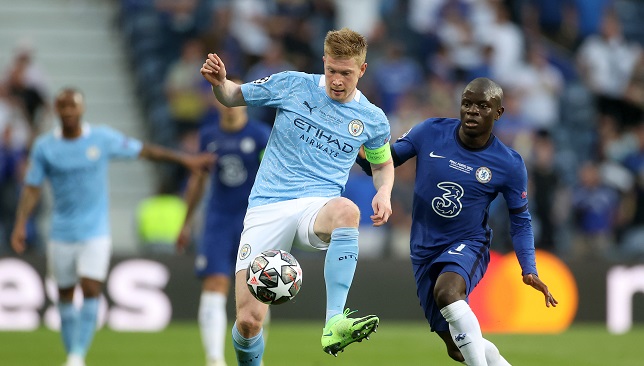 And N’Golo Kante was named Man of the Match, although he was not behind the only goal Chelsea scored in the match with the feet of Kai Havertz and a superb assist from Mason Mount.

Kante makes the difference in the Champions League final

Many see that one of the main reasons for the superiority of Chelsea On Manchester City He returns to the great match presented by N’Golo Kante, especially against his counterpart at the opponent Kevin De Bruyne.

The French star killed 3 balls from De Bruyne directly in the final, and this reflects the technical and physical superiority of N’Golo Kante over the solutions maker in the Citizens, and may really be the factor that made the difference in the match.

It is noteworthy that Kante was not at his best in the middle of the season, but he has regained his glow since the arrival of coach Thomas Tuchel, and returned to prove that he is one of the best players in the world in his position, if not the best already.