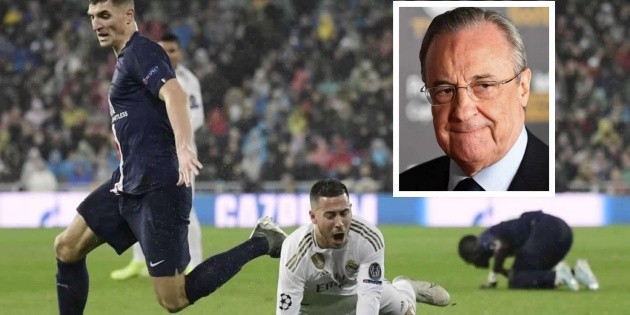 Thomas Meunier, defense of Borussia Dortmund, recalled an episode that he lived in 2019 with the president of the Real Madrid, Florentino Pérez.

The Belgian side played in the PSG when he injured his compatriot Eden Hazard in a duel against Real Madrid in Champions League.

Once that match was over, he met the leader, who did not treat him in the best way, despite the Belgian’s cordiality.

“After the game I’m in the corridor and Florentino arrives, I shake his hand, I say ‘delighted’, and he answers: ‘Delighted? Do you realize that you have injured Hazard and you call me delighted?’ relató Meunier and RTBF Sport.


Meunier says he was surprised by Florentino’s reaction, who repeated: “Yes, yes, you have injured him.”

In the same interview, the full-back explained: “It’s a football action, a duel like any other. It was a duel in which I put my leg, he also put his ankle and it was blocked. “

Currently, Meunier and Hazard are part of the selection of Belgium preparing for the Eurocup.