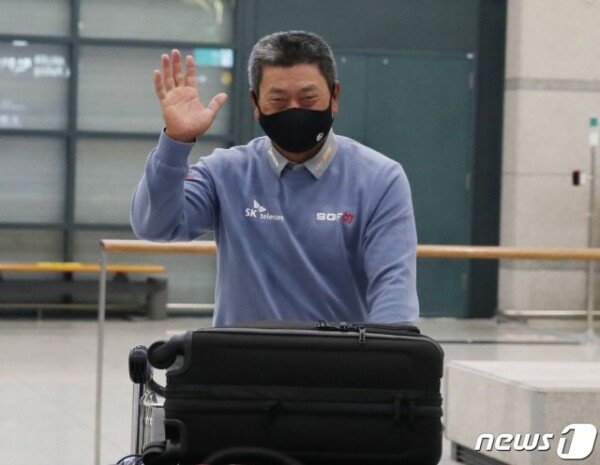 Choi Gyeong-ju, the first Korean to win the PGA Champions Tour, is arriving through Incheon International Airport on the 28th.

Choi Gyeong-ju arrived at Incheon International Airport on the 28th (Korean time). Kyung-ju Choi, who won the PGA Champions Tour Pure Insurance Championship on the 27th, arrived in Korea to participate in the ‘Hyundai Marine & Marine Engineering Choi Kyung-ju Invitational (total prize money of 1 billion won)’ to be held from the 30th.

Choi Kyung-joo said, “Every time I come to Korea, I come here with excitement, but this time, I even won the championship, so it seems to have become a more valuable way back home.”

Choi Kyung-ju has been holding the Invitational Tournament under his own name since 2011. This year marks the 10th anniversary. Kyung-Joo Choi said, “I will aim to pass the cut because I am competing in Korea.” Then, “I heard that the course was set up difficult. I have no fear of the course, but I think I have to play while overcoming the jet lag, fulfilling the schedule, and controlling my condition well.” He said, “It’s not easy to compete with juniors, but I will do a good game by managing my body and time well.” .Furthermore, Choi Kyung-joo said, “Many people are going through a lot of things they have never experienced before in the situation of the new coronavirus infection (COVID-19). I hope this win will bring a little comfort and joy to many people.

Meanwhile, Hyundai Marine & Marine Engineering Choi Gyeong-ju Invitational will be held at Ferrum Club in Yeoju, Gyeonggi-do for four days from the 30th.