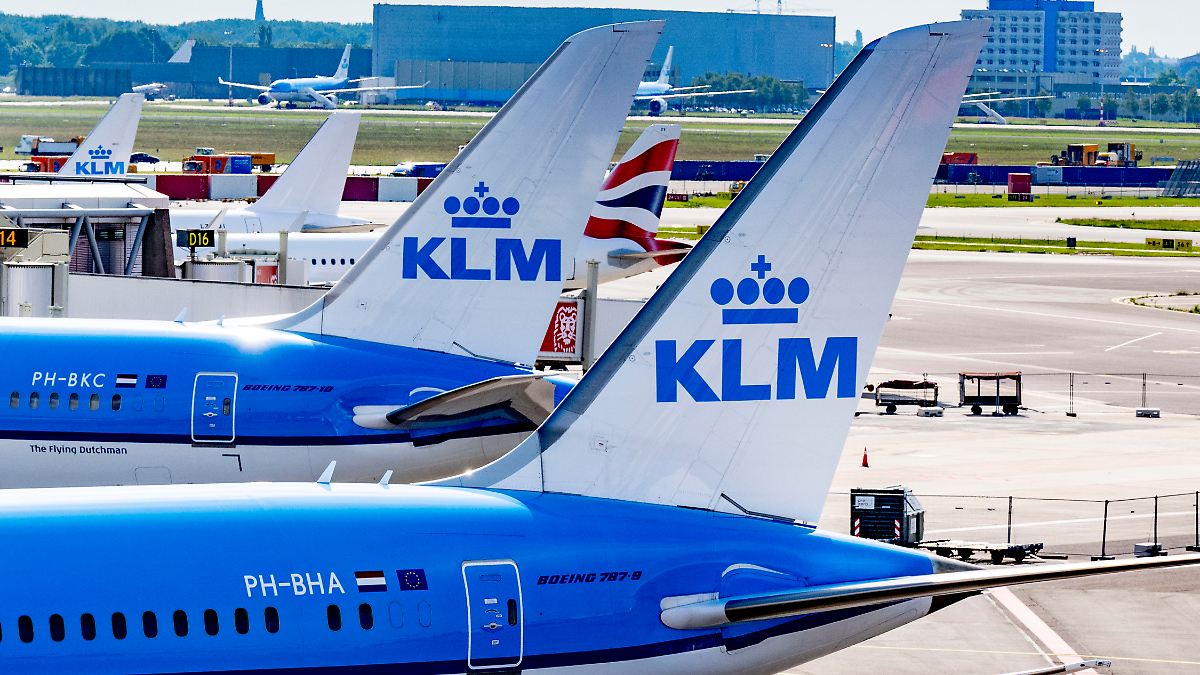 Amsterdam Schiphol Airport cannot get its massive problems under control. So many passengers are stranded there that the Dutch airline KLM is forced to take a drastic step: all flights from Europe are canceled for the rest of the day.

In the late afternoon, the airline KLM suspended passenger transport from European airports to Amsterdam for the rest of the day. According to the airline, a large number of passengers had accumulated due to delays at Amsterdam Airport Schiphol. “In order to ensure safe and viable operations at Schiphol for passengers and staff, KLM has made the far-reaching decision that no further passengers will be brought to Amsterdam,” she said.

Due to poor weather conditions and runway maintenance work at Schiphol Airport, many planes could not land or take off there, the airline said. “This means that a large number of KLM flights on Saturday were delayed or cancelled.” The number of passengers who could not depart from Amsterdam has risen sharply due to these “external factors”.

The decision to no longer bring passengers from European airports to Amsterdam should remain in effect for the rest of the day. Passengers who wanted to change planes in Amsterdam were also affected. According to the announcement, the move was intended to ensure that as many stranded passengers as possible can depart from Schiphol on Saturday and that KLM can operate as many flights as possible on Sunday. KLM apologized to the affected customers.

Due to major problems with handling at Amsterdam Airport Schiphol, KLM had already drastically reduced ticket sales at the end of May. In the weeks before, the airport had already struggled with major problems due to a lack of staff in baggage handling and security. At the end of May, Schiphol presented an action plan to prevent the even greater chaos feared for the summer. Accordingly, the airport wants to recruit more staff and pay higher wages.