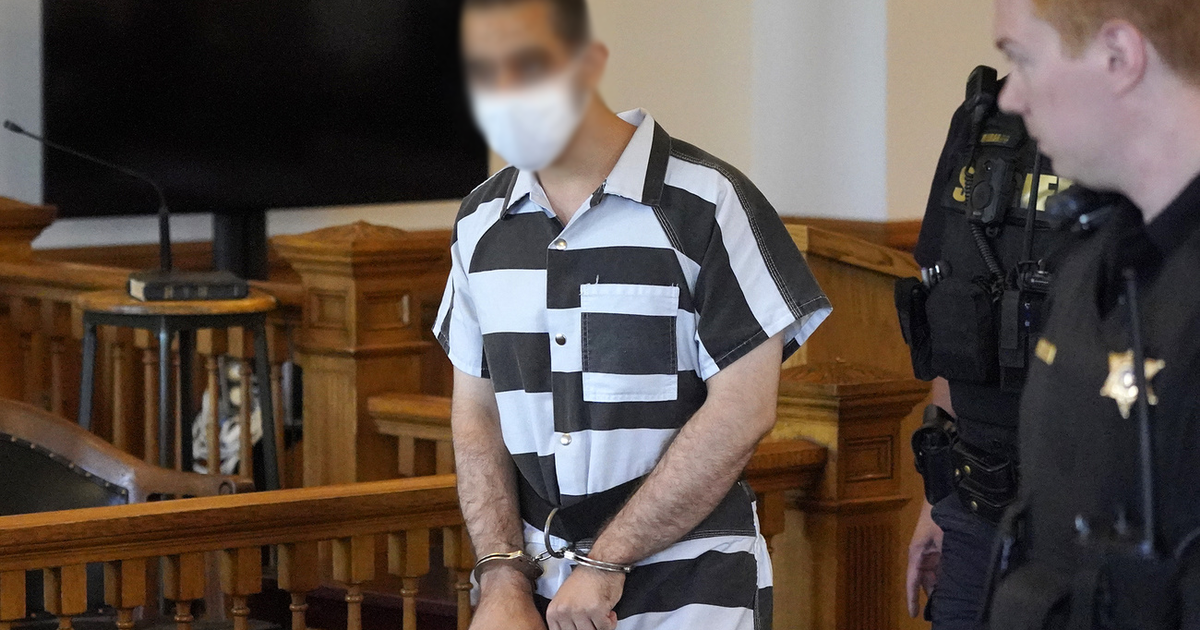 The assailant of Salman Rushdie, a young American of Lebanese origin, was presented to a New York State judge before whom he pleaded “not guilty” to “attempted murder” of the writer, still hospitalized in serious condition but who was able to say a few words on Saturday evening.

Threatened with death since a “fatwa” from Iran in 1989, a year after the publication of the “Satanic Verses”, Salman Rushdie was stabbed a dozen times on Friday, an attack which outrages in the West but which is hailed by extremists in Iran and Pakistan.

>> More information: Salman Rushdie on life support after being stabbed on stage in the United States

During a procedural hearing in Chautauqua Court, the 24-year-old man, charged with ‘attempted murder and assault’, appeared handcuffed and masked and said not a word, according to the New York Times (NYT) and local press photos.

Prosecutors said Friday’s attack was premeditated. The suspect, who lives in New Jersey, pleaded “not guilty” by the voice of his lawyer and will appear again on August 19.

On Saturday, the authorities and relatives of Salman Rushdie remained silent on the state of health of the British naturalized American. Aged 75, he was stabbed at least ten times in the neck and abdomen. He was hospitalized on Friday on life support in Erie, Pennsylvania.

Alarmist Friday evening with the New York Times when he declared that his client had been “stabbed in the liver” and that he was “probably going to lose an eye, the nerves of his arm were severed”, his literary agent Andrew Wylie, has told the NYT on Sunday that his client had started talking again on Saturday evening.

During the day, he added that the writer’s state of health was improving. “He is no longer on a ventilator, so the road to recovery has begun,” he wrote in a statement. “It will be a long time; the injuries are serious, but his condition is going in the right direction.”

The attack caused shock waves, especially in Western countries: US President Joe Biden condemned “a brutal attack” and paid tribute to Salman Rushdie for his “refusal to be intimidated and silenced”.

Living in New York for 20 years, Salman Rushdie had resumed an almost normal life while continuing to defend, in his books, satire and irreverence.

Coincidentally, the German magazine Stern interviewed him a few days ago, before the attack: “Since I have been living in the United States, I no longer have any problems (…) My life is back to normal”, assures the writer, in this interview to be published in full on August 18, saying he is “optimistic” despite “daily death threats”.

Lack of reaction from the Iranian government

The Iranian government has not officially reacted to the attack on Salman Rushdie, but several hard-line Iranian newspapers have praised his attacker.

Thus, the main ultra-conservative Iranian daily, “Kayhan”, congratulated on Saturday the man who stabbed the British writer Salman Rushdie the day before in the United States. “Congratulations to this courageous and duty-conscious man who attacked the apostate and the vicious Salman Rushdie”, writes the newspaper, whose boss is appointed by the Iranian Supreme Leader. “Let us kiss the hand of him who tore the neck of the enemy of God with a knife”, continues the text.

Attack is a US plot, says Iranian newspaper

The Javan newspaper also evokes the hypothesis of a plot hatched by the Americans: “Another scenario is that the United States probably wants to spread Islamophobia in the world”, adds Javan. For the daily Kayhan, “the attack against Salman Rushdie showed the weakness of US intelligence and demonstrated that even strict security measures cannot prevent attacks”.

“The attack on Salman Rushdie also proves that exacting revenge on criminals on American soil is not difficult. Now (ex-President Donald) Trump and (ex-Secretary of State Mike) Pompeo will feel most threatened”, adds the newspaper.

LIVE – Chelsea-Tottenham: the Blues take the lead with a superb goal from Koulibaly