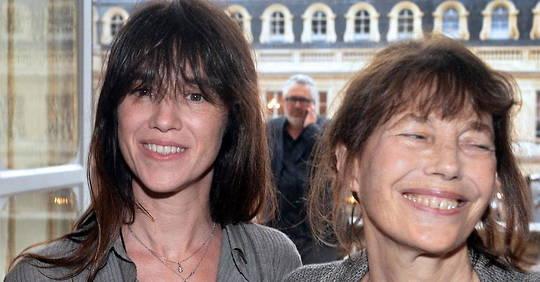 It is the tribute of a girl to her mother, but also to the fate of a sacred artist’s life, that of Jane Birkin, singer and muse, wife of John Barry then Serge Gainsbourg and Jacques Doillon, figure of Swinging London before imposing his style and his impudence in Seventies… For three years, Charlotte Gainsbourg has followed her mother closely, between interviews, reports and memories, in order to realize an intimate portrait through the prism of documentary film.

In Paris Match, Jane Birkin looks back on this family event which amazes and excites her, unable to say when it will really be finished… “It’s so joyful to share this project, she confides. I never imagined that she was so curious about me. I knew the great place that Serge had in her life, as well as the grief and the pain she experienced. But I didn’t think she wanted to know so much about me… ”

It all started during a trip to Japan, where Jane Birkin still enjoys a pretty notoriety since she went there with Gainsbourg in the early 1970s to promote the film. Cannabis, then pregnant up to Charlotte’s neck… First shots, first confidences on film, mother and daughter will now reveal themselves and meet through the lens of a camera, at the option of concerts, breaks and escapades , intermittently. They thus shot in New York, Paris, and even Brittany, last October, when Charlotte wished to return to the land of Abers, north of Finistère, a region still dear to Jane’s eyes since her father, David Birkin, during the Second World War, came by boat to collect the English aviators hidden by the local resistance fighters …

See Also:  The Sputnik V will be made in Italy

“She spent a lot of time on her research, it created a real bond between us and it really touched me, explains Birkin in Match. It was also an excuse to be together, because we had been apart for six years. She had needed to go to New York after Kate died and I understood that very well. But I fell ill, I couldn’t go see her… ”Kate Barry, fruit of the loves of Jane and the composer John Barry, who died suddenly in Paris in 2013, following a fall from 4e floor of his apartment. After the death of her half-sister, Charlotte decides to leave Paris, flee painful memories, find anonymity, breathe …

This film with Jane is today a way of reweaving family memory, reconnecting with the memory of Gainsbourg, the father she adored – and whose home on rue de Verneuil she would like to transform into a museum. And get closer to a mother who has had several lives, loved several men, who each gave her a daughter. “Kate was my first child, recalled Jane Birkin in Cine-TV-Revue, early December. Charlotte was my second. She wonders if she was loved the same, we had less time alone. Maybe this documentary film is actually a great excuse to be just between us, two. And I don’t want it to stop. “And to conclude:” This documentary is as much a revelation for me about her as the opposite … “