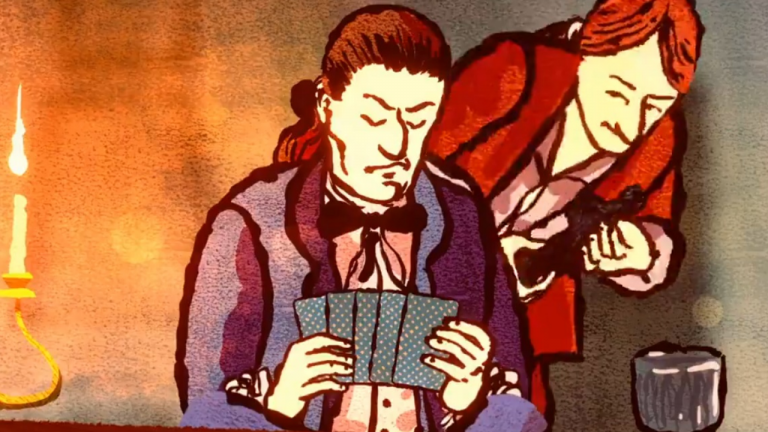 Game News Cheating, a time loop and the Tower of Perpetuity: The Switch games of the week

For this last week of May, the news of releases on Switch remains once again very calm. Nevertheless, to perhaps find the next game on which you will spend hours, the JV editorial staff offers you a selection of new items on the eShop.

LOOPERS is a science fiction visual novel in which we follow the adventures of a group of high school students who try to escape from a world in which they are forced to relive the same day over and over. While they are prisoners of a phenomenon called Time Spiral, they will meet other characters blocked like them with whom they will collaborate to try to get out of this situation. The whole adventure follows thanks to the work of Kei Mochizuki who offers anime-style illustrations, based on flashy colors supported by very inked lines. For fans of the genre, be warned, the title is only available in English, but dubbed in Japanese, and there are no storylines determined by the player’s choices.

Card Shark is a mix between an adventure game and a card game with a very original principle since the whole experience is based on cheating. In the heart of 18th century France, we play Count Saint-Germain, a historical figure known for his skill in card games who detailed in his memoirs all the tricks that we find in the title. It’s up to you to mark the cards, make fake shuffles or fake cuts to get the most profit and finance your social ascent until you reach the king’s table. Developed by Nerial, makers of Reignsand Arnaud De Bock, to whom we owe Pikunikuthe experience also benefits from a unique artistic direction signed Nicolai Troshinsky to plunge into the world of the nobility under Louis XV.

Repentant is a point’n’click adventure game in which we discover the character of Oliver, a criminal who begins to suffer from deep remorse after the terrible acts of which his family has been the victim. While he plunges more and more into alcoholism, the latter tries to reconnect with his ex-wife, without success. But one day, he witnesses a robbery committed by a young woman in a shop, giving him the perfect opportunity to atone for his sins… if he can determine who the victim really is. With its sets and hand-drawn characters, the title of Restless Corp offers a dark narrative that promises an unexpected end according to its developers.

TOKOYO: The Tower of Perpetuity

TOKOYO: The Tower of Perpetuity is a 2D pixel-art action game with rogue-lite elements in which players from all over the world compete in a huge tower whose structure changes every day. In this Tower of Perpetuity, monsters and sneaky traps are legion, so you’ll have to make effective use of your gadgets to deal with other players who will also try to capture the place. With its many branches, you will come across the tombstones of your rivals on which you can read their last words. Finally, several characters with different talents are also in the game to allow everyone to find a style of play that suits them.

Price of the dollar would remain below 4 soles until the end of the first semester, according to experts Exchange Rate | PRESENT