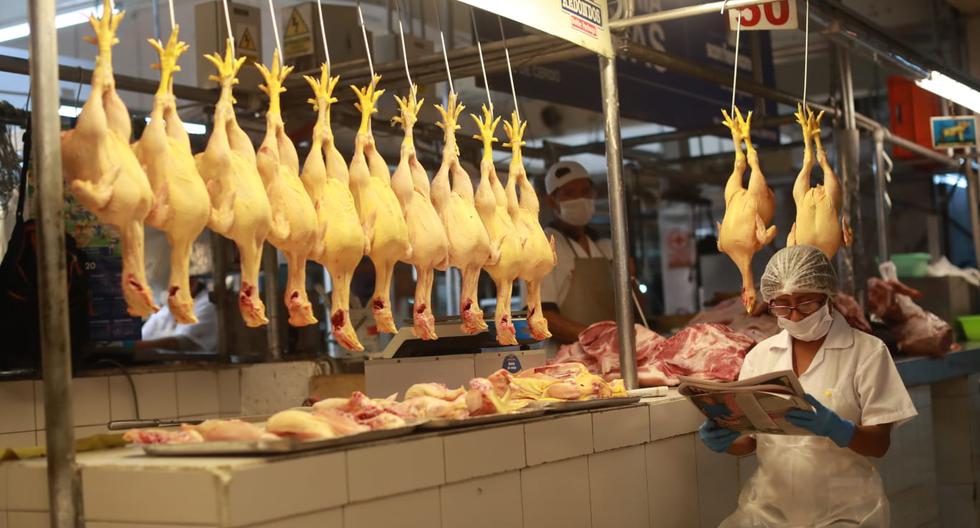 According to the Directorate of Statistics and Agrarian Information (DEIA) of the portal of the Ministry of Agrarian Development and Irrigation (Midragri), yesterday, Tuesday, the chicken price eviscerated (to the consumer) in retail markets was sold at S/ 9.49 per kilo, an increase of S/ 1.65 compared to that registered on May 2, which was S/ 7.84 per kilo.

Julio Favre, president of the Peruvian Association of Poultry Farmers (APA), noted that the price responds to the decrease in supply that has occurred after the overstock at the beginning of this month.

ALSO READ | Grape shipments benefit from problems in Chile and China: what happened in these countries?

Thus, he explained that there is less supply and it is due to the fact that in the last year, the increase in the cost of supplies to feed the bird -which represents 70% of the total cost of supplies-, such as corn and the soyahave increased by more than 100%.

“The producer has not been able to transfer this increase in costs to the price and has been losing capital, being forced to raise fewer birds, so there is less supply”

Milton Von Hesse, former Minister of Agriculture, pointed out that if the international price of corn and the soya go up, being the corn the main input for the bird’s food, will be reflected in the sale price of the meat of pollo. To this, he explained, is added the price of fuel and energy, which have also risen and everything pushes the price to continue rising. chicken price.

According to the third monitoring of the National Institute for the Defense of Competition and the Protection of Intellectual Property (Indecopi) to markets and supermarkets in Lima and 18 regions of the country to verify that the exemption from the General Sales Tax (VAT) of some of the mass consumption products such as pollo benefits Peruvian families, it was identified that the pollo eviscerated had an increase of S/ 1.18, going from S/ 9.25 on April 26 to S/ 10.43 on May 10, after the implementation of the measure.

Ricardo Marquez, president of the National Society of Industries (SNI), pointed out that the aforementioned increase is due to the fact that the Ministry of Economy and Finance (MEF) has not approved the VAT deduction for all the components used to feed the chickens.

ALSO READ | The MEF comes to the rescue of Petro-Peru: What is the reason for the crisis of the state oil company?

Also, among the factors of the rise, he explained that the war between Russia y Ukraine It has been one of the main causes due to the fact that approximately 20 thousand tons of cereals for export have not been released, which has affected the world and, from the World Bank, it has already been announced that the effects of this war will be felt until 2024.

“The MEF must meet with those involved in the poultry sector to establish a commission and analyze what components should be added to the deduction of the VAT and if they do not have the capacity to do so, they must report it because they must be transparent”I note.

At the end of the article, El Comercio tried to contact Midagri representatives, but no response was received.

Monkey pox | Monkeypox: The United States detects a first case of the disease in a man living in Massachusetts | WORLD