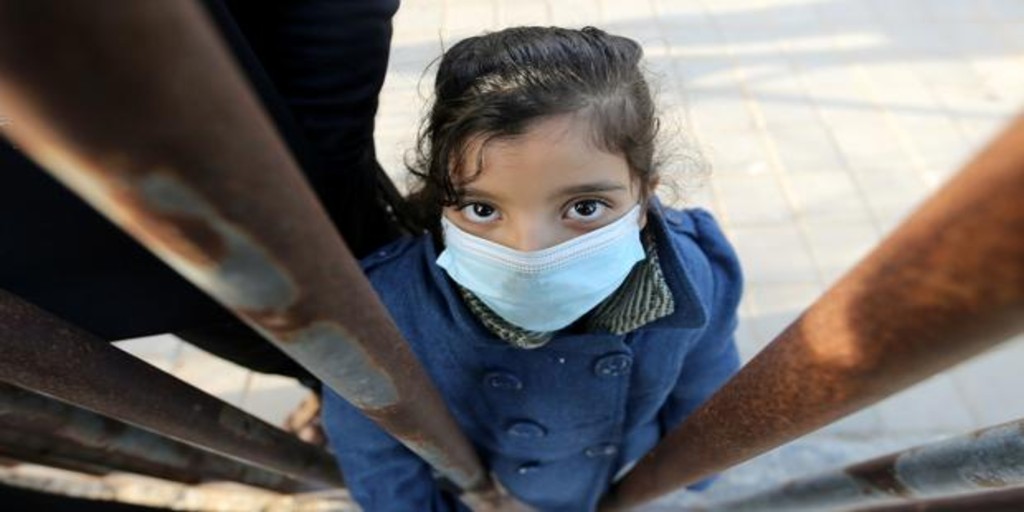 The latest research shows that infections in children often go unnoticed and that they are just as susceptible to them as adults. Children are likely to transmit the virus at similar rates.

Although children are fortunately less likely to become seriously ill, the same is not true of the adults who care for them. Evidence suggests that schools have been an engine of the second wave in Europe and elsewhere. This means that school safety needs an urgent rethink.

Detecting covid-19 in children is difficult

Infections with SARS-CoV-2, the virus that causes covid-19, in children are generally much milder than in adults and easier to go unnoticed. A study from South Korea found that the majority of children had symptoms mild enough to go unnoticed, and only 9% were diagnosed at the time of onset of symptoms.

The researchers used an antibody test (which can detect whether a person previously had the virus and recovered) to analyze a sample, representative of the German population, of nearly 12,000 children. They found that the majority of cases in children had gone undetected. This is not surprising, because many cases in adults are also missed.

Do not consume news, understand it.

But what made this study important was that it showed that young and old children were similarly likely to be infected.

Official tests in Germany had suggested that young children were much less likely to become infected than adolescents, but this was not true. Younger children with infections just weren’t tested. The study also found that nearly half of the infected children were asymptomatic. This is about twice what is normally seen in adults.

But children transmit the virus

We have known for a long time that approximately the same amount of viral genetic material can be found in the nose and throat of children and adults.

But that does not necessarily mean that children transmit viruses in the same way as adults. Because children have smaller lung capacity and are less likely to have symptoms, they may release less virus into the environment.

However, a new study by the US Centers for Disease Control and Prevention (CDC) found that children and adults had a similar probability of transmitting the virus to their closest contacts.

Another study in India, carried out with more than 84,000 cases and their close contacts, found that children and young adults were especially prone to transmitting the virus.

Most of the children in these studies probably had symptoms. Therefore, it is not clear whether asymptomatic children transmit the virus in the same way.

But outbreaks in children’s centers have shown that transmission by children who show no symptoms occurs. During an outbreak in two daycare centers in Utah (United States), asymptomatic children transmitted the virus to their relatives, resulting in the hospitalization of one of the parents.

What we know about outbreaks in Australian schools

Schools did not appear to be a major source of transmission for the epidemic in the Australian state of Victoria, Australia, although most students switched to remote learning at the peak of the second wave.

However, to some extent the schools contributed to community transmission. This was made clear by the Al-Taqwa College group, which was linked to outbreaks in two Melbourne public housing towers.

This may seem encouraging, but we must remember that this virus is characterized by over-propagation events. We now know that around 10% of infected people are responsible for about 80% of secondary covid-19 cases.

Most of the students in the Australian state of Victoria have spent the second wave of the pandemic receiving virtual classes due to the closure of schools. Shutterstock

Two relevant studies in Hong Kong and India revealed that approximately 70% of people did not transmit the virus to anyone. The problem is that the remaining 30% could potentially infect a lot of people. What happened in the Victorian schools is entirely consistent with this analysis.

The risk associated with schools increases with the level of community transmission. The international scene has made it clear.

What we know about outbreaks in schools, internationally

After the reopening of schools in Montreal, Canada, cases in school clusters quickly outpaced those in workplaces and health care settings combined. The president of the Quebec Infectious Diseases Microbiologists Association, Karl Weiss, said:

Schools were the engine of the second wave in Quebec, although the government does not recognize it.

A report from Israel’s Ministry of Health concluded that the reopening of schools played a significant role in accelerating the epidemic in the country, and that schools can contribute to the spread of the virus unless community transmission is low.

In the Czech Republic, a rapid increase in cases following the reopening of schools led the mayor of Prague to describe the schools as a “covid exchange market”.

The opposite pattern has been observed when schools have closed. England has just witnessed a drop in new cases, followed by a return to growth, coinciding with the mid-term school holidays. This happened before lockdown measures were introduced in the UK.

These observations are consistent with a study examining the effect of imposing and lifting different restrictions in 131 countries. The researchers found that school closings were associated with a reduction in R, the measure of how fast the virus spread, while the reopening of schools was associated with an increase in R.

The risk has been more clearly explained by the president of the Robert Koch Institute, the German equivalent of the Centers for Disease Control and Prevention. Last week, the institute reported that the virus is spreading in schools and also in the community.

What we need to do

It will not be possible to control the pandemic if we do not address transmission from children. This means that we must take a proactive approach in schools.

At a minimum, precautionary measures should include the use of masks by staff and students (including elementary students). Schools must also improve ventilation and indoor air quality, reduce class sizes, and ensure that children and staff practice hand hygiene.

School closures also have a role to play. But they must be carefully considered because of the associated harms. But these damages are probably less than those caused by the epidemic.

In regions with high levels of community transmission, the temporary closure of schools should be considered. While a lockdown without school closings is likely to reduce transmission, it is unlikely to be fully effective.