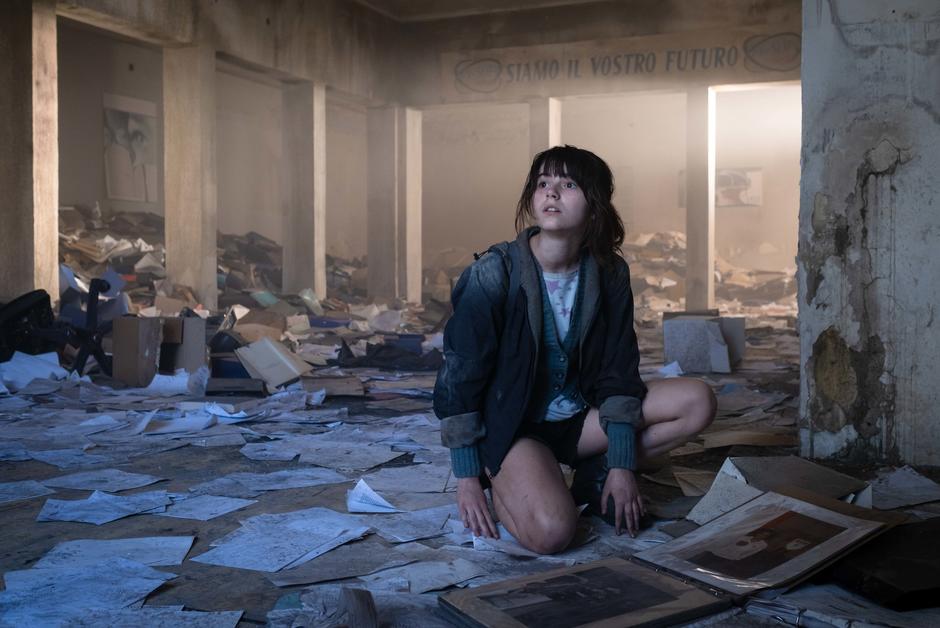 Niccolò Ammaniti adapted his own 2015 novel for Sky Italia and Arte, in which he imagined humanity decimated by a virus that spares only children. Here is what the Italian press thinks of this cruel and poetic fable.

“Maria Grazia, you are going too far. It’s a flu that hits old people, not kids ”, launches the father of the young heroine of the series to his ex-wife Anna, available on Arte.tv until December 10 (and whose six episodes will be broadcast twice on the Franco-German channel, on November 4 and 11).

Pronounced at the beginning of this fiction which depicts a world ravaged by a mysterious virus sparing only children, these two sentences resonated strongly during the broadcast of the episodes in Italy, on the cable network Sky, a little over a year after the start of the Covid-19 pandemic.

Yet when the filming ofAnna started in early 2020, “Covid-19 was not yet part of our vocabulary”, underline the Corriere della Sera. Nor, a fortiori, when Niccolò Ammaniti imagined the plot in his novel published under the same title in 2015 (and translated into French by Editions Grasset the following year).

The novelist – who himself signs the adaptation of the book as creator, co-writer and director – is moreover no more impressed than that by the apparent convergence between reality and fiction which has not failed. to attract the attention of journalists in his country. As is often the case in works relating to the dystopia genre, the virus in his novel is only a pretext – a “Narrative device”, he explains to The Republic – which he uses to deploy his intrigue in a nightmare Sicily.

It is here, among the wrecks of cars, looted shops and baroque palaces falling into ruins, that we discover Anna, played by the young and remarkable Giulia Dragotto. “Backpack on the shoulders, [l’adolescente] goes, as in the fables, on a mission to save his little brother ”, observe the Corriere della Sera. the