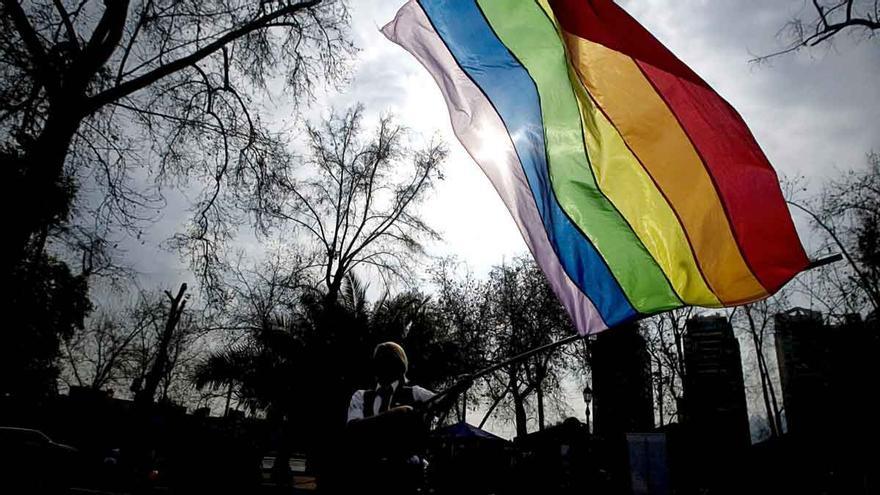 The equality marriage is one step away from being a reality in Chile after years of struggle. The Senate of the Latin American country has approved this Wednesday the law that will allow civil marriage between homosexual people. This comes after on June 1 the president of the country, Sebastián Piñera, surprised everyone by announcing that he was going push “urgently” the equal marriage law. “I think the time has come to guarantee that freedom and that dignity to all people“, stressed the president. From here it will go to the Chamber of Deputies, where it is expected that a majority of them will support it.

Rolando Jimenez is the president of the Homosexual Integration and Liberation Movement (Movilh) and has been one of the greatest promoters of this legislation in the history of Chile. “We have been ten years since we raised the first bill in a parliamentary motion with a group of senators ”, Jiménez explains. Until now, in Chile same-sex couples could sign the Civil Union Agreement, which gave them patrimonial protection and civil rights. “That was a first step towards the recognition of the homoparental familias“, highlights Jiménez.

Complaints to the IACHR

In 1995 we demanded #Igualitarian marriage when in Chile homosexual relations were not even decriminalized (criminalized until 1999). Tomorrow, the Senate has a historic chance to approve the recognition of all families. We will vote for it with enthusiasm. pic.twitter.com/BZ3gtvHDVq

Although that first lawsuit did not go through, it served as a first step for subsequent claims that yes they were fruitful in 2012. “As a result of this lawsuit, the second Government of Michelle Bachelet agrees to reach a friendly settlement agreement“, he notes.” This meant an agenda with all the demands from the legislative and public policy point of view, “Jiménez insists.

The law, which was drafted by the Bachelet Administration, the IACHR and Movilh, took a long time to reach the cameras and with the arrival of the conservative Piñera Executive, the process stalled. “We realized that there was no will“Jiménez assures. However, finally it has been Piñera who has brought the regulations to the Senate.

Now, Movilh hopes the law is ready to be signed by the president. before the year ends. Not only the cameras are in favor, the polls of society reveal that the majority of Chileans also support equal marriage. “There has been a huge cultural revolution by civil society, which mostly supports equal marriage, however, the political class it took 10 years to legislate“laments the president of Molvilh.

This presented urgency for the Equal Marriage law, the Opposition has a majority in both Chambers and the presidency of the Commissions where the project is processed. There is no reason not to pass an Equal Marriage law in the coming months !!

This standard seeks “open the doors and windows of civil marriage for people of the same sex. “” It is a project that meets all needs of the homoparental family and of sexual diversity. The votes are, it is required political will“, says the president of Movih. Likewise, Jiménez also applauds the development of the adoption law that equates the rights of hetero and homoparental families. “We are very happy,” he says, referring to all these legislative changes.

Despite all these advances in legal matters, violations of the rights of LGTBI people have increased in recent years. “As legislation, public policies, social recognition, equality before the law advance, the last stage left for them to reject it is the direct violence“Jiménez laments. He also insists that, with this progress,” there are many more gays and lesbians who, due to openness, dare to go to court, dare to go to the police, dare to denounce publicly that they are being attacked because of their sexual identity or gender identity. “