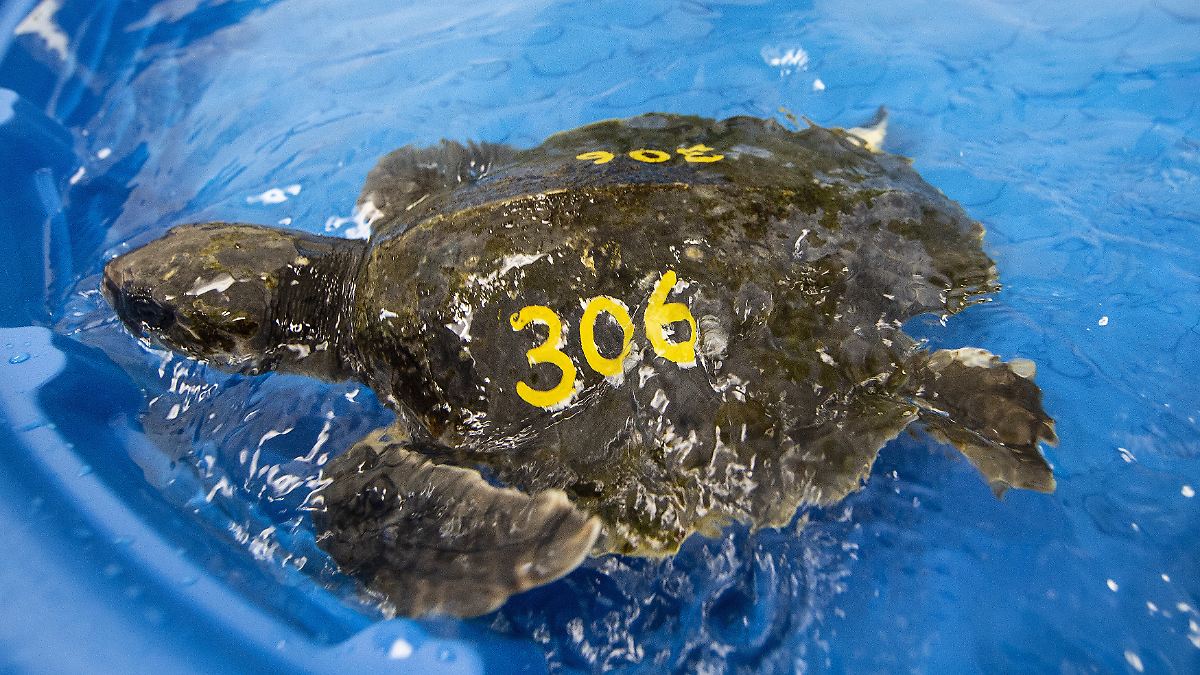 Animal rights activists save almost 40 hypothermic sea turtles from death by cold and fly them to Florida to warm up. There the animals are treated in a special turtle hospital. The time-consuming procedure could be worthwhile.

Hypothermic, stranded and then rescued: 40 sea turtles found on a beach in the US state of Massachusetts have been flown to Florida for treatment. There the animals are now being nursed in a turtle hospital, as the clinic announced. The reptiles are young Atlantic hybrid turtles that are threatened with extinction.

“They warm up in the Florida Keys sunshine,” wrote the clinic and published a video showing the animals swimming in a large pool. Volunteer pilots flew the turtles from Cape Cod in the northeastern United States to Marathon on the Florida Keys island chain. The keepers were “cautiously optimistic”, it said about the condition of the animals. According to the US media, they should be treated in the clinic for at least a month. Particularly seriously ill animals might have to stay there for up to a year, said head Bette Zirkelbach accordingly. If the animals stay too long in cold water, it is dangerous for them. It could cause them to stop eating and swimming. But she hopes that everyone can return to the sea. “All swim fins are down.”

According to the responsible authorities, the Atlantic hybrid turtle is one of the smallest sea turtles. Adult specimens therefore reach a size of around 60 centimeters and a weight of around 45 kilograms. It is the most threatened species of sea turtles. Man is responsible for this. The turtles end up in nets as unwanted bycatch when fishing.