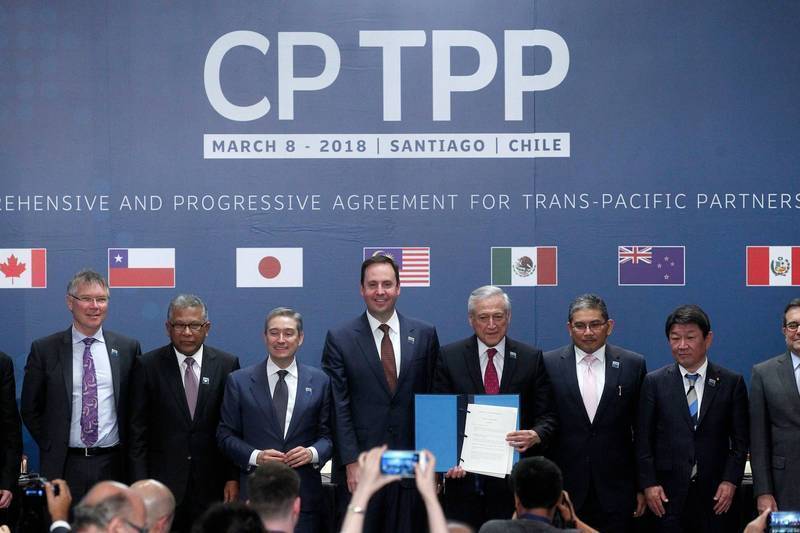 China applied to join the CPTPP, and the Japanese government said bluntly that “(CPTPP) cannot join as long as you apply.” (Schematic diagram, AFP)

[Special Commissioner Lin Cuiyi in Japan / Tokyo 17th report]China announced its formal application to join the “Comprehensive and Progressive Agreement for Trans-Pacific Partnership” (CPTPP). Japan is cautious and skeptical. Government spokesman Katsunobu Kato was in today’s regular press conference. Said that it is necessary to confirm whether China is really ready to meet the high-level franchise benchmarks. The Deputy Prime Minister and Finance Minister Taro Aso did not change and asked, “Is China now a state where it can join?” The Economy, Trade and Industry Minister Hiroshi Kajiyama said, “(CPTPP) cannot join as long as you apply.”

Nihon Keizai Shimbun reported that CPTPP not only involves tariffs on goods, but also promotes the liberalization of services and investment. Through the formulation of e-commerce and intellectual property rules, in order to revitalize trade, new franchisees must obtain the unanimous consent of the existing 11 member states. To join, there are currently applications from the United Kingdom to join.

At today’s press conference, Taro Aso asked, “Is China now ready to join?” He pointed out, for example, that the Chinese government provides subsidies to state-owned enterprises and other preferential measures. From the perspective of the existing 11 member states, can China really abide by the rules?

Kajiyama Hiroshi said that CPTPP cannot be joined as long as an application is filed. For example, in issues such as labor collective bargaining rights and forced labor, there must be no doubts about it. Discussions must also be held on China’s subsidies to state-owned enterprises and transparency in government procurement.

Foreign Minister Toshimitsu Motegi said that he will discuss in detail with other member states and review the response from a strategic point of view. He believes that the UK’s joining application should be processed first.