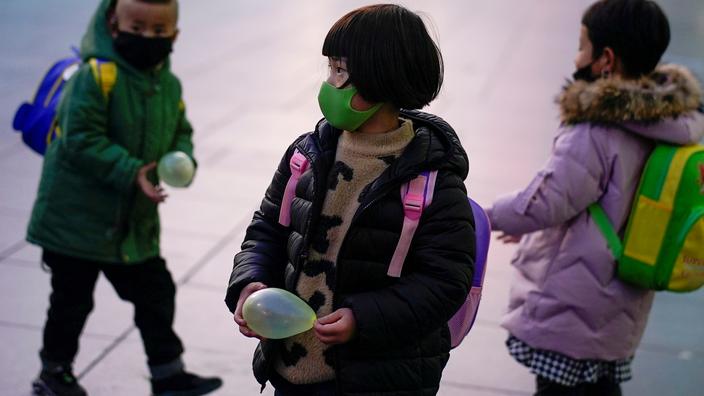 The Chinese authorities have taken the decision to remove the limit of two children per couple, in force since 2016, to cope with the sharp drop in the birth rate and the aging of the population in the country.

China will remove the limit of two children per couple and allow families to have up to three children, the New China Agency announced on Monday (May 31).

Read also :In China, young couples are in no rush to have a second child

The move comes a few weeks after the publication of the results of the last decennial census, which revealed a sharp drop in the birth rate in the most populous country in the world. “In response to the aging of the population (…), a couple is allowed to have three childrenThe official news agency reported, citing the conclusions of a meeting of the Communist Party’s political bureau chaired by President Xi Jinping.

At the beginning of May, the results of the census carried out in 2020 revealed a faster aging than expected of the Chinese population. Last year, marked by the Covid epidemic, the number of births fell to 12 million, against 14.65 million in 2019. That year, the birth rate (10.48 per 1,000) was already at lowest since the founding of Communist China in 1949.

After more than three decades of “one-child policyChina relaxed its rules in 2016, allowing all Chinese to have a second child. But without succeeding in restarting the birth rate. There are many reasons for the drop in the birth rate: a drop in the number of marriages, an increase in the cost of housing and education, and later fertility for women who give more priority to their careers.

At the other end of the age pyramid, China had more than 264 million people aged 60 and over last year, four times the total population of France. This age group now constitutes 18.7% of the total, an increase of 5.44 percentage points compared to the 2010 census. Conversely, the working-age population (15 to 59 years) does not represent more than 63.35% of the total, down 6.79 points over 10 years. In March, parliament voted on a plan to gradually raise the retirement age over the next five years, much to the chagrin of much public opinion.