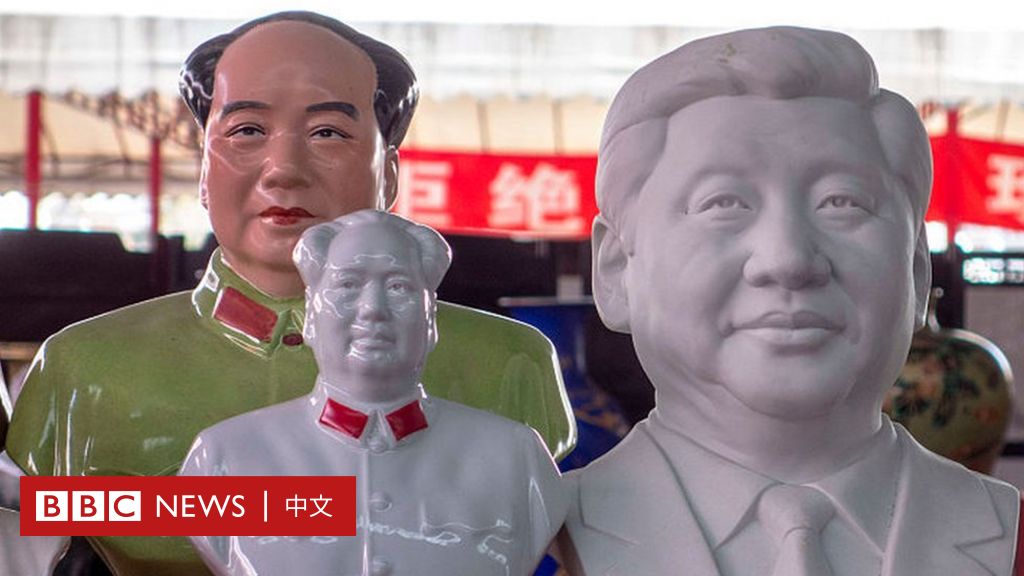 Over the past few decades, China has promoted changes in all aspects of society through “laissez-faire” capitalism.

Although in theory, China is a “communist” country. But as a believer in infiltrating economics, the authorities believe that making some people very wealthy can help them get out of the catastrophic quagmire of Chairman Mao’s Cultural Revolution as soon as possible, thereby benefiting society as a whole.

This played a role to some extent. A huge middle class has emerged, and now the living standards of almost all classes of society have been improved.

The gap between rich and poor

From stagnation in the 1970s to becoming a world power, China is now challenging the U.S.’s global economic dominance, but it has also led to a gap in income disparity.

This is evident in the next generation of the darling of those times.

In the 1980s, those who made huge profits during the wave of privatization, their children could drive a gorgeous sports car through the glamorous city, passing by construction workers who were worried about their inability to afford housing prices.

“Chinese characteristics” has always been the CCP’s exemption card.

The concept of “socialism with Chinese characteristics” has given the government huge theoretical space, allowing it to manage the society in a way that is not very socialist in many respects.

But Xi Jinping, general secretary of the CPC Central Committee, seems to have decided not to accept this approach.

Under his leadership, the Chinese government has begun to return to communism, at least to some extent.

The new slogan is “common prosperity”.

Although it hasn’t been written in the propaganda posters on the streets of China, it is not far from doing so. It is now the cornerstone of Chinese leaders’ actions and decisions.

Under this banner, it becomes reasonable to combat tax evasion of the rich. The move to promote educational equity by banning private tutoring classes is also logical. Continued crackdowns on Chinese technology giants are also part of the plan.

So, does Xi Jinping really believe in this communist plan? It is difficult for the outside world to be 100% sure. But some observers say that it seems to be the case.

In contrast, many CCP officials in the past did not feel this way.

The problem is that in addition to the redistribution of wealth, Xi Jinping’s communist path also means the party’s infiltration of all aspects of people’s daily lives. Only in this way can we make real achievements.

Children are too lazy, wasting their youth in online games? The party comes to the rescue: impose a three-hour game limit per week.

Teenagers’ minds are poisoned by TV shows that blindly worship idols? The party comes to the rescue: Ban “sissy” boys from participating in the show.

The demographic time bomb is ticking… Once again, the party has a solution: the full implementation of the three-child policy.

Contrary to the beliefs of the fathers

To understand what made Xi Jinping the leader today, you must look at his background.

His father, Xi Zhongxun, was a veteran who helped the CCP conquer the world, but he was regarded as a moderate. He was persecuted and imprisoned during the Mao era.

At that time, Xi’s mother was forced to condemn his father. After his father returned to the political arena in 1978, he promoted economic liberalization in Guangdong Province. According to reports, he also defended Hu Yaobang, one of China’s most enlightened leaders.

Given that his father was persecuted by CCP fanatics and his ideas tend to be reformed, many people wonder why Xi Jinping is now taking the party in a direction that seems to be contrary to the beliefs of his fathers.

There are many possible explanations.

Perhaps, he just disagrees with his father’s position on specific political issues; perhaps, what he plans to do is different from his father’s focus. But Xi Jinping will not follow Mao’s old path, at least not intentionally.

However, these differences are still quite noticeable.

When his father was detained, Xi Jinping, then 15 years old, was forced to work in the fields for many years, living in a cave in Yan’an.

These turbulent times obviously made him strong, but it is also easy to transform into a kind of political hatred, which infiltrates that tough style.

Some China observers speculate that Xi may believe that only strong leaders can guarantee that China will not return to the chaos of the 1960s and 1970s.

Remember, the rules of tenure have changed, and he can be in power as long as he wants.

One reason all this is only speculation is that we never listened to him explain what he was doing. Chinese leaders rarely accept media interviews, even those submissive party media.

Xi Jin in the TV picture usually comes to the countryside and is warmly welcomed by the locals. After people listened to his instructions on corn planting or other work, he left.

Recently, there has been no news that the authorities will make major changes to the regulatory rules in a certain area of ​​the country in a week. Frankly speaking, it is difficult to keep up with them, and many changes are completely unexpected.

This is not to say that there are inherent problems in the state’s control of various production levers. How to pursue high efficiency is a topic for economists to discuss. The problem now lies in the sudden uncertainty. If people don’t know what the basic rules will be in a month, how can they make reliable investment decisions?

Some people see this process as a necessary stage of the country’s “growth”. The authorities need to formulate rules and regulations in areas that lack constraints.

If this is the case, then this tactical transition period may be only a temporary state, and as the new rules become clear, it will eventually calm down.

However, it is unclear how long these changes will last and spread.

What is certain is that any change should be viewed from the perspective of Xi Jinping’s “common prosperity”. At the moment, the party will not give up a little bit of power when implementing these changes. In China, you will either get on this truck or be crushed by it.