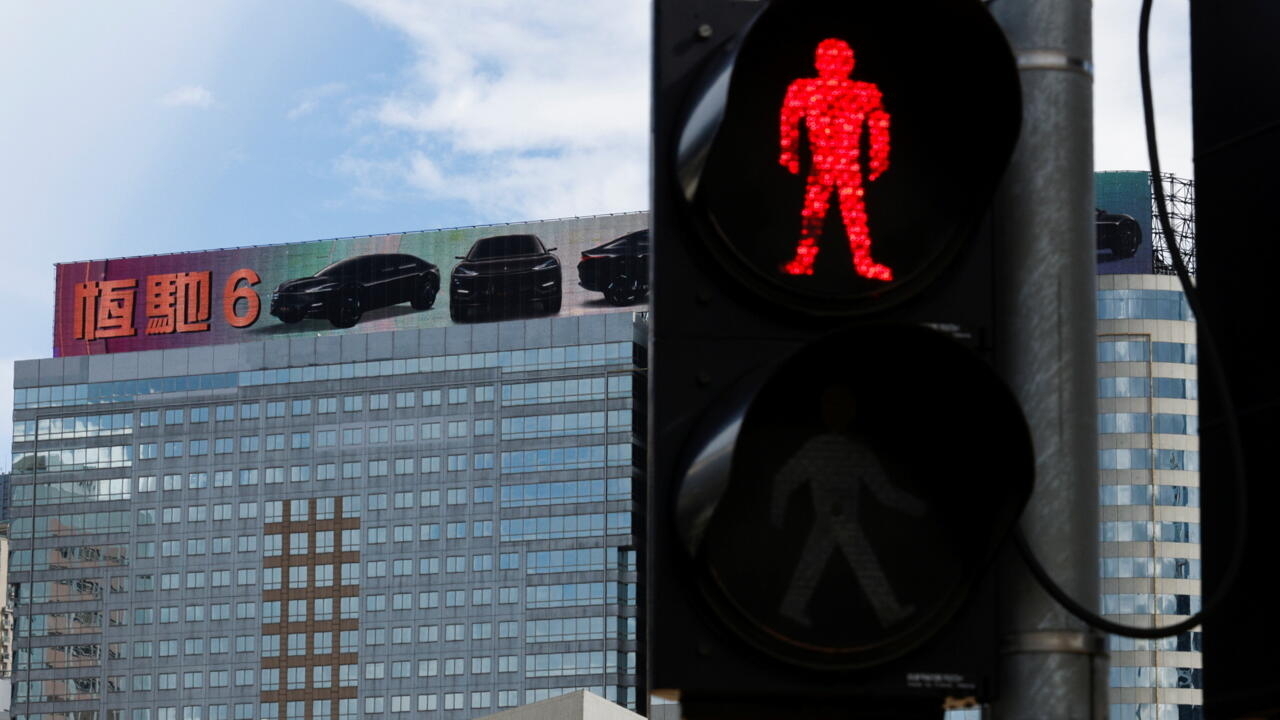 China’s number two real estate conglomerate Evergrande is on the verge of bankruptcy. Small investors expressed their anger on Tuesday, September 14 in front of the company’s headquarters. How far will this financial debacle go?

Given the size of the company with 200,000 employees, and given the weight of its debt – 260 billion euros, hundreds of thousands of people today fear in China to leave feathers there. The small carriers who demonstrated on Tuesday are often company employees. They fear losing all their savings in the turmoil.

Chinese households awaiting delivery of an Evergrande house or apartment that they have already paid for as required by Chinese law, are also on the alert. Ditto for builders unpaid for several months. The construction sites of 1.4 million housing units are at a standstill due to the group’s insolvency. The developer started 25 years ago to build housing for the Chinese middle class. It has also diversified into health, football, breeding and leisure parks.

In the meantime its founder and manager has become a billionaire

This Monday, his team again denied the rumor of bankruptcy. Today, gear change. In a communication addressed to the Hong Kong Stock Exchange where the company is listed, a generalized default is one of the scenarios considered. Due to sluggish sales in September and its growing difficulty in refinancing, no one wants to lend to the developer anymore now that their credit rating has been downgraded by most of the rating agencies.

The stock has lost 80% of its value since the start of the year. And bonds are worth half as much. This berezina, however, is not entirely a surprise. In the language of financial analysts, Evergrande belongs to the category of gray rhinos, that is to say large companies visibly in danger: a danger that we prefer to ignore until the crisis strikes.

Everyone who owns Evergrande debt is very worried, including foreign funds

In emerging markets, the conglomerate is one of the largest issuers of dollar debt. A lot of American investors are concerned, including BlackRock. Just like the managers of large Chinese fortunes, very fond of Evergrande, they were attracted by the high returns, up to 10%, offered by the promoter. Chinese competitors and banks are also increasingly worried, because the conglomerate’s sinking pushes investors to abandon everything that has to do with real estate.

In short, Evergrande poses a systemic risk to the Chinese economy. Its downfall could be for China its instant Lehmann Brothers, the bank that went bankrupt in the United States in 2008, causing a global financial crisis.

Will the Chinese authorities take the risk of letting such a big company sink?

It is hard to imagine them remaining neutral, given the cascade of bankruptcies and the anger of savers or small owners that could arise in the event of disorderly bankruptcy. But at a time when XI Jinping seeks to reduce inequalities, to put down the excesses of capitalism and its billionaire bosses who have become too megalomaniac and too powerful, there is no question either of supporting at arm’s length a company which is the symbol of it.

The Chinese authorities could impose a tightly framed restructuring, protecting the interests of the households which bought an Evergrande home and those of the companies which built them. For investors, however, the addition will be steep. What put a serious brake on an overheating real estate sector. In China, the prices of new vehicles have increased sixfold in fifteen years.

South Korea fines Google $ 117 million. It is criticized for hampering free competition between mobile operating systems. A new snub for the American giant when a law called “anti-Google” comes into force in the peninsula, which also targets Apple, for their monopoly on application purchases.

The shortage of job vacancies is a global scourge: 70% of employers find it difficult to recruit. This is what emerges from the annual survey carried out by Manpower in 43 countries, a peak not seen in 15 years. The supply deficit is most prominent in the United States and the United Kingdom.