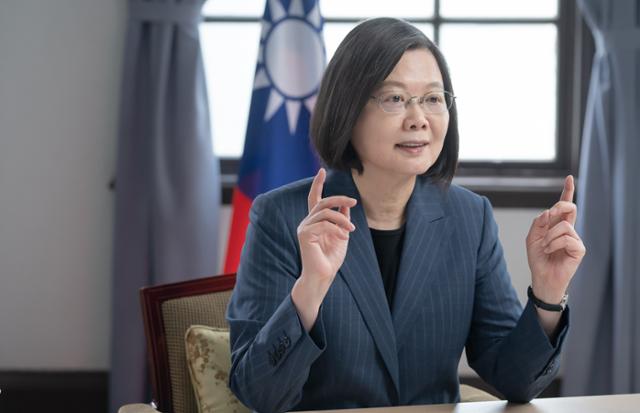 Taiwanese President Tsai Ing-wen attends the Copenhagen Democracy Summit via video from his office in Taipei in May. Taipei = EPA Yonhap News

Taiwanese President Tsai Ing-wen sent an unusual message of condolences to China, which is grieving over the flood in Zhengzhou, Henan province, which has claimed the lives of at least 33 people. This is in a situation where the relationship between the two sides (兩岸, China and Taiwan) is going to the worst due to the escalating conflict between the US and China. Surprisingly, China also responded by saying “thank you”, and it seems that the door to improvement in relations is unexpectedly opened.

According to Taiwan’s Central News Agency on the 22nd, President Chang Du-han, spokesman for the Ministry of Foreign Affairs, said the day before, “I would like to convey the condolences and interest of President Tsai (to the flood-affected China). “The President expressed his condolences to the unfortunate deceased and their families and looked forward to the early recovery of the disaster area from flood damage and normal life.”

President Tsai’s message is considered unusual. This is because China has rarely issued a statement of consolation for the damage caused by natural disasters, and it was announced earlier than other countries. Zhao Chun-shan, an emeritus professor at the Continental Research Institute at Danjang University in Taiwan, said, “Unlike the similar messages of consolation in the past through institutions such as the Continental Commission (Taiwan government ministries in charge of public affairs), this time, the format of the direct delivery from the President is different.

Perhaps thanks to this castle, China responded immediately. The Taiwan Secretariat, China’s Taiwan-related affairs agency, said on the same day, “We would like to express our gratitude to the relevant parties and people from all walks of life in Taiwan for expressing their concerns and condolences for the disaster-affected area in various forms.”

President Tsai’s appeasement gesture comes from a precarious situation in which the United States and Taiwan have become closer under the Joe Biden administration and China is reacting fiercely to the point of even discussing the possibility of using force. The justification for cooperation is sufficient. Professor Zhao said, “Since climate change has recently become an issue of international interest, it is possible that bilateral cooperation can proceed on related agendas.” 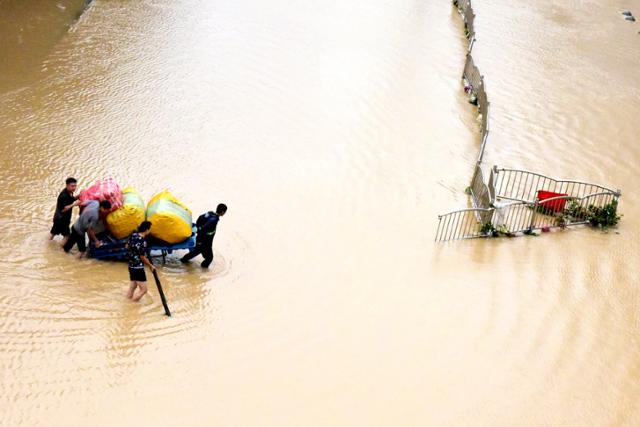 People cross a flooded street with valuables on carts in Zhengzhou, Henan Province, China on the 21st. Zhengzhou = AP News

Zhengzhou, which was scratched by Suma (水魔), left a big scar. From 6 pm on the 17th to the same time on the 20th, 617.1 mm of rain fell for three days, which is equivalent to the annual average precipitation in Zhengzhou (640.8 mm). The human casualties are also enormous. At least 33 people have died so far, including 12 people who died in the subway on the way home from work on the 20th, and 8 people went missing. 1.24 million people were affected by the heavy rain, of which 160,000 were evacuated.

Waves can be global. This is because the factory of Foxconn, a consignment manufacturer of Apple products in Zhengzhou, also did not avoid damage. The flood flooded the Foxconn manufacturing site and caused a temporary power outage. The Zhengzhou plant produces 500,000 iPhones a day, which is about half of the world’s production. This is why there are rumors that there may be a disruption in the iPhone supply. In a statement on the same day, Foxconn said, “We will adjust production in China in a timely manner so that the flood does not affect the company’s operations.”