Continuous heavy rains in many parts of Henan have caused severe floods, which have killed at least 33 people. Follow-up relief work is currently underway. In this rescue and relief work, a large number of domestic high-tech equipment appeared on the scene. The most widely discussed disaster response UAV system flew over the villages and towns that have interrupted the network, temporarily replacing the function of the station, allowing residents in the disaster area to maintain communication with the outside world.

Mihe Town, Gongyi City, Zhengzhou is located at the confluence of two rivers. The town area was inundated by floods over the river embankment, a large number of roads were damaged, houses were flooded, and vehicles were flooded. More than 20,000 people were affected and urgently needed rescue. Communication in Mihe Town was once blocked. On July 21, the Pterosaur-2H disaster-relief UAV carried out a five to six-hour reconnaissance and relay mission over Henan to provide external communication services for the people affected by the disaster. 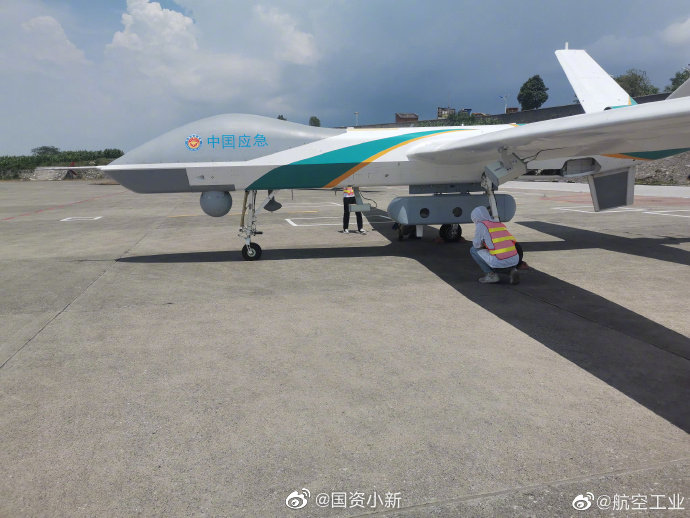 The people of Mihe Town received such a text message: “The folks of Mihe Town, communication was interrupted due to heavy rain. The Emergency Management Department urgently dispatched a pterosaur drone to reach the sky above your town, which can temporarily restore China Mobile’s public network communications. Drones are limited in the air time, and the public network recovery time is only five hours. Please report the situation and contact your family as soon as possible. Good luck!

The “Pterosaur”-2H emergency-response UAV system is a national emergency communications force created by the aviation industry for the Ministry of Emergency Management. It can restore 50 square kilometers of mobile public network communications and establish an audio and video communications network covering 15,000 square kilometers. In response to the “power outage, disconnection, and network disconnection” in the disaster area, through the integration of aerial networking, high-point relay and other technologies, the horizontal interconnection of images, voices, and data can be realized.

In addition, a number of domestic satellites were also put into Henan disaster monitoring for the first time. According to the WeChat public account “China Gaofen Observation”, after the disaster, the Gaofen-3 and Gaofen-6 satellites immediately observed the disaster area.

The Gaofen-3 satellite photographed part of the flooding on the north bank of the Yellow River in the north of Zhengzhou.

As of July 21, 2 satellite imaging has been arranged, 3 scenes of effective data in the disaster area have been obtained, 3 scenes of historical data shared, and information provided to the Department of Science and Technology and Information Technology of the Ministry of Emergency Management, the National Disaster Reduction Center of the Ministry of Emergency Management, and the Ministry of Water Resources as soon as possible. Center, National Satellite Ocean Application Center, China Institute of Water Resources and Hydropower Research, Land Satellite Remote Sensing Application Center of Ministry of Natural Resources, China Natural Resources Aerial Geophysical Remote Sensing Center and National Remote Sensing Center of Ministry of Science and Technology. In the future, high score satellites will continue to provide strong support for flood monitoring and post-disaster assessment.

In order to urgently and effectively respond to the torrential rain and disaster weather in Zhengzhou, the Eighth Institute of China Aerospace Science and Technology Corporation urgently activated the high-frequency continuous observation mode of the Fengyun-4 B star fast imager, and aimed the field of vision at Henan. Over the sky, real-time monitoring of rain and rain changes in Henan Province provides high-tech space-based observation support for real-time weather situation research and judgment and follow-up disaster assessment. 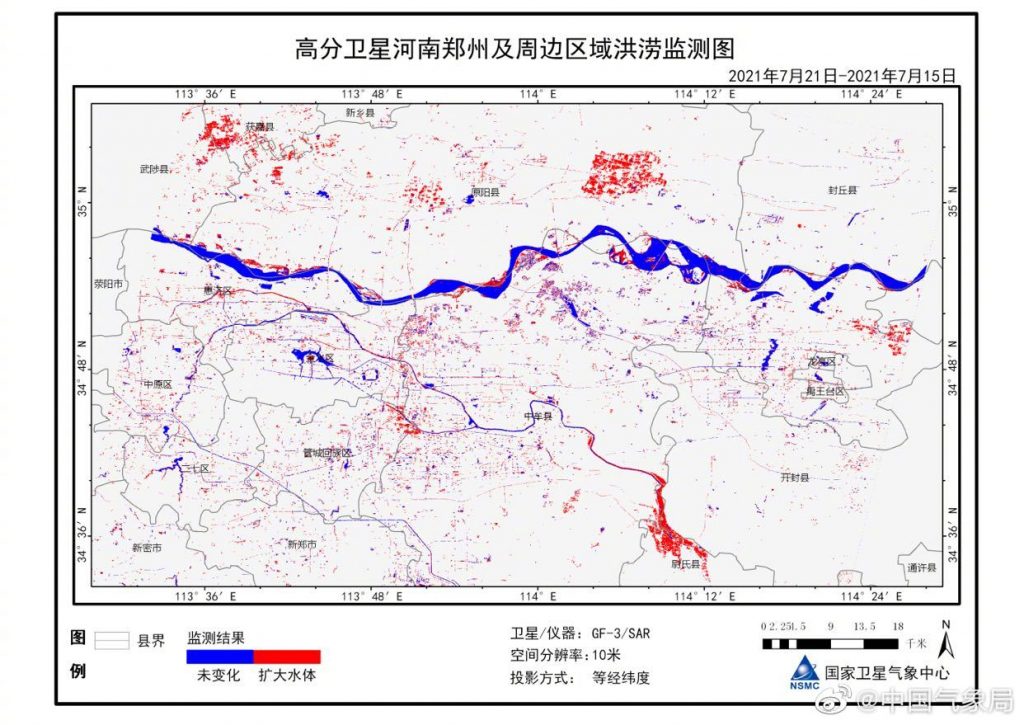 On June 3 this year, Fengyun-4B was successfully launched on the Long March-3B carrier rocket at the Xichang Satellite Launch Center. As the first operational star of China’s new generation of geostationary meteorological satellite Fengyun-4 series satellites, the Fengyun-4B satellite will work in conjunction with the orbiting Fengyun-4A satellite.

In addition to increasing the frequency, the FY-4B star will provide higher detection sensitivity and detection accuracy than the A star. It can accurately perceive the temperature change of 0.05 degrees Celsius in the earth’s atmosphere at a distance of 36,000 kilometers, and the deviation of its temperature detection results from the true value is within 0.5 degrees Celsius, which is double that of Star A.