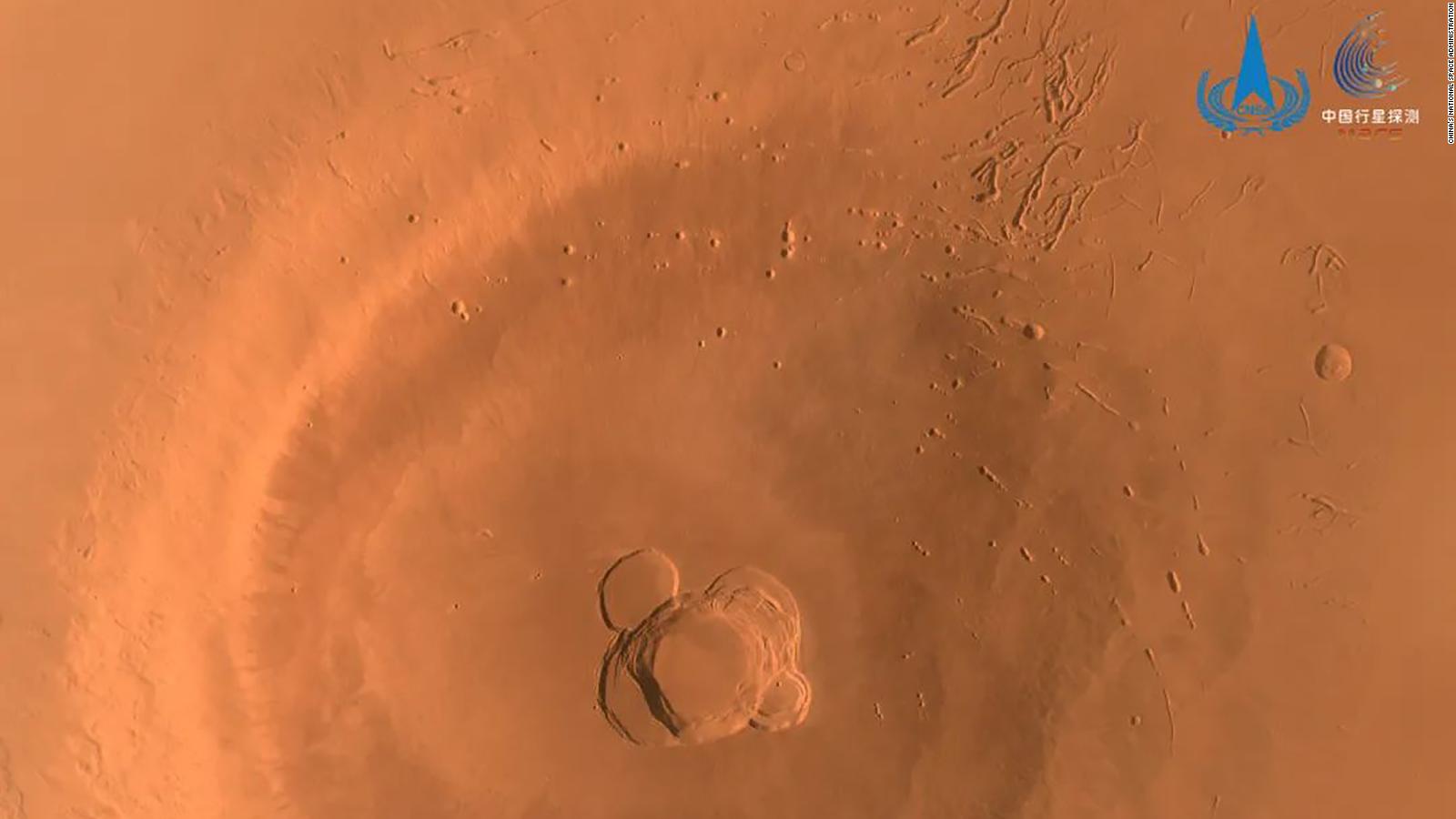 Mission manages to capture images of the entire planet Mars 0:55

(CNN) — After more than a year on the surface of Mars, the Chinese probe Tianwen-1 has taken images spanning the entire red planet, the country’s space agency announced on Wednesday.

Tianwen-1, which means “search for heavenly truth,” was launched in 2020 and landed on Mars last May, when the rover Zhurongwhich was on board, began its mission to patrol and explore the planet as the orbiter circled above it.

In a statement, the China National Space Agency said the probe has completed all its assigned tasks, including taking medium-resolution images covering the entire planet.

An image of dunes on Mars, taken by the Tianwen-1 probe’s Zhurong rover, shortly before coming to rest, in May 2022.

The images, posted by the space agency on social media, show the rugged Martian landscape: dusty red dunes, shield volcanoes, impact craters, the south polar ice cap, and the cliffs and ridges of the Valles Marineris canyons. , one of the largest canyons in our solar system.

The images were taken by the probe’s orbiter, which circled Mars 1,344 times, capturing the planet from all angles, as the rover explored the surface, CNSA said.

High-resolution image showing the rim of a crater on Mars and the beginning of the pit.

The six-wheeled rover carried scientific instruments on its journey, collecting information about the geological structure, atmosphere, environment and soil of Mars. The probe has collected 1,040 gigabytes of raw scientific data, which has been processed by scientists on Earth and delivered to research teams for further study, the agency said.

China’s National Space Agency said it had shared the orbiter’s flight information with NASA and the European Space Agency, and the scientific data will be made available to international scientists “in due time.”

Due to the drop in temperatures during the Martian winter, as well as poor sand and dust conditions, the rover entered a sleep mode on May 18, which will last the entire severe season before its expected awakening in December, when the landing zone will enter in early spring, bringing better weather.

The orbiter will continue to perform tests and prepare for future tasks, according to the space agency.

Before China’s success with Tianwen-1, only the United States and the former Soviet Union had landed a spacecraft on the surface of Mars, but India, the European Space Agency and the United Arab Emirates have all sent spacecraft to enter the planet orbit.

With Tianwen-1, China was the first country to attempt to send both an orbiter and a rover on its first self-produced Mars mission. NASA, for example, sent several orbiters to Mars before attempting a landing.

Carmen Villalobos: why do you prefer to work only with women? – People – Culture