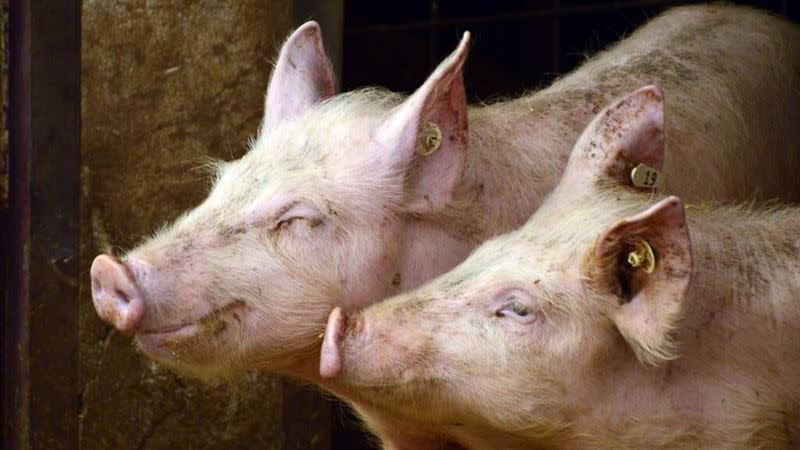 The new crown epidemic has finally turned into a flu, but a new virus named “Langya virus” (LayV) has been discovered in China. A new study published in the “New England Journal of Medicine” (NEJM) on August 4 pointed out that there have been 35 cases of infection in Shandong and Henan, and animal-to-human epidemics have occurred, and rodents are considered to be the main hosts; Huang Limin, director of the hospital and an infectious disease physician, believes that when a gathering occurs in a place, it is a warning sign. If frequent animal-to-human gatherings occur again and again, the virus may mutate into a human-to-human transmission, and it may become the next virus after the new coronavirus. an emerging infectious disease with a higher fatality rate.

Microbiologists in Beijing and Qingdao recently discovered an animal-to-human virus named “Langya virus”, which was published in the New England Journal of Medicine on August 4. It may become an emerging infectious disease with a higher fatality rate after the new coronavirus.

The study analyzed the genotype of LayV and found that it belongs to one of the Henipavirus Hendra viruses; including Shandong and Henan, 35 cases of infection with acute symptoms have been found, of which 26 cases were only infected with LayV. Symptoms, 26 patients presented with fever (100%), fatigue (54%), cough (50%), anorexia (50%), myalgia (46%), nausea (38%), headache (35%), Vomiting (35%), accompanied by abnormal thrombocytopenia (35%), leukopenia (54%), impaired liver and kidney function (35%) and impaired renal function (8%).

In the past, related viruses of the genus Hennebavirus have been confirmed to be transmitted from person to person, but this study has not found that these confirmed patients have a history of close contact or co-exposure, and the infection of the patient is sporadic. No human-to-human transmission has been found among the patients, and experts will conduct serological tests to clarify the cause.

The study also found that among the animals raised, dogs (5%) and goats (2%) were found to be seropositive. For 25 animal tests, the shrew had the highest seropositive ratio, and only 71 of 262 samples were tested. 27% were positive, presumably the natural host of the virus.

Huang Limin, director of National Taiwan University Children’s Hospital and an infectious disease physician, said that it is not uncommon for animal viruses to infect humans. Langya virus is an RNA virus. If the main host of the virus is mammals, it will be more difficult than if the host is birds and birds. Opportunistic mutations are transmitted from person to person.

Huang Limin said that in the past, Henipavirus had also been infected with humans and horses in 1994, mainly through close contact with veterinarians and horses. The virus is very similar. At that time, many pig farmers also suffered from fever, headache, nausea, and limb weakness, and encephalitis epidemics occurred in pigs one after another, which was considered to be pig-to-human transmission. Close contact, infected by mucus and feces of pigs.

Regarding the Langya virus epidemic, which also belongs to the Henipavirus virus, Huang Limin believes that when there is a cluster in one place, it is a warning sign. If clustering events are more frequent, the virus will mutate and become more adapted to the human immune system. It may further develop from animal-to-human and human-to-human transmission to efficient human-to-human transmission. Once an epidemic occurs, it may become a situation similar to the new crown epidemic.

Huang Limin said that in the face of emerging infectious diseases with unknown clusters, the best way in the early stage is to contain them, such as isolating and trapping rats or reminding local people to avoid contact with possible sources of infection. It will take at least 2 to 3 months to have a preliminary understanding of the virus. At present, Chinese scholars have understood the type of virus and its main host, and published papers, which should have been targeted at the virus. The disease has been under investigation for a while.

More Sanli News reports
International tourism opening soon? Huang Limin warns: there may be a wave of BA.5 in mid-August
News/Zhuang Renxiang of Langya Virus in China: It will be included in key monitoring projects
Don’t think of Qingguan No. 1 as a traditional Chinese medicine doctor: it may make you “drink more and more empty”!
Langya, a new virus in China!A total of 35 cases of animal-to-human transmission can induce fatal diseases

More related news
35 cases of animal-to-human transmission of new virus “Langya” in mainland China
The outbreak of Langya virus in Henan, Shandong Province speculates that the natural host is it
The Langya Virus Disease Control Agency, an emerging infectious disease in mainland China, plans to accept key surveillance
“Langya Virus” Zhuang Renxiang exposes the possibility of human-to-human transmission… Reveals the latest countermeasures
The new virus “Langya” Huang Limin: If it is not contained, it may become a large-scale epidemic of the new crown

“Trirong” opens 4 reasons why “Gen. Prayut” is suitable to chair the APEC meeting.

Helena Wittmann impresses with her film in Locarno