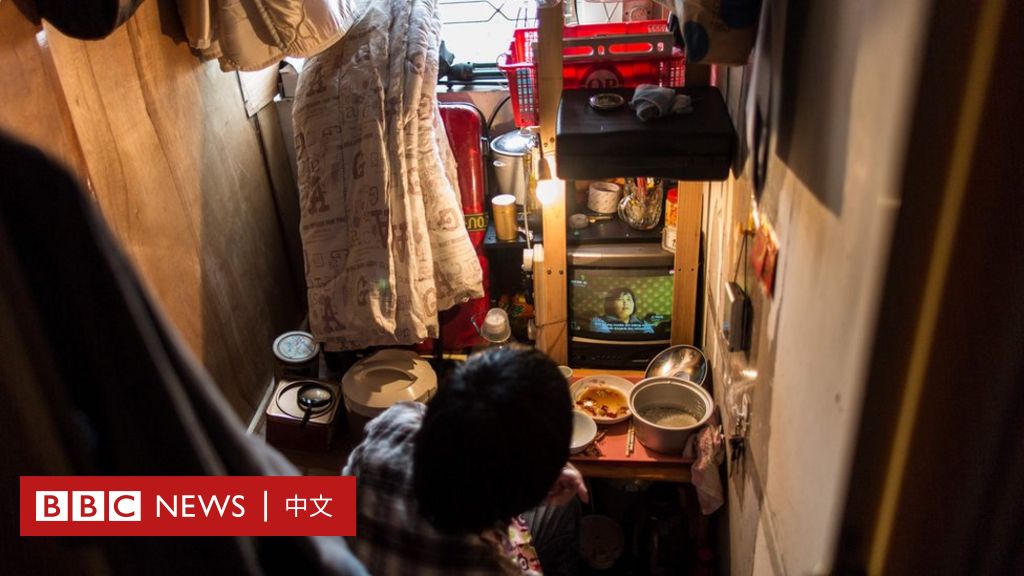 Reuters earlier quoted sources as saying that in a private meeting, Chinese officials indicated to Hong Kong developers that the rules of the game have changed and that Beijing will no longer tolerate monopolistic behavior and demand that Hong Kong real estate developers help solve local housing problems. When the Hong Kong media followed up on the report, they quoted sources saying that Chinese President Xi Jinping stated clearly in an internal meeting that the practice of real estate developers to influence the situation in Hong Kong is gone forever.

The news that Beijing reportedly exerted pressure on developers caused local discussions, and the shares of many real estate companies fell.

A number of real estate giants have tried to cool down the argument. Among them, Sun Hung Kai Properties pointed out in response to Hong Kong media inquiries that the company had not received relevant news and never approve of monopolising the market. Shi Yongqing, one of the founders of Centaline Property, also described the Beijing government’s statement of pressure on real estate developers as “too true.” He does not believe that the central government will “instruct” real estate developers to do anything and “force them to the corner.”

Analysts believe that Beijing’s series of actions seem to be deliberately weakening the influence of real estate developers.

Hong Kong current affairs commentator Liu Ruishao believes that Beijing’s signal to Hong Kong developers is related to the policy of “common prosperity” that the authorities have used in mainland China to rectify multiple industries for various reasons in recent months.

In an interview with the BBC in Chinese, he described that the government’s bid for resources from private enterprises and others is an “existing momentum.” Liu Ruishao believes that the government will use “solving housing problems” as an entry point in Hong Kong. As for other requirements, it depends on the content of interaction and specific contact between the two parties.

He believes that the ability of Hong Kong developers to negotiate prices is limited. “The former opponent of the developers was the Hong Kong government, but now the opponent is the Communist Party. Can they not be convinced?”

Zhong Jianhua, deputy chief executive of the Hong Kong Institute of Public Opinion, also believes that Hong Kong developers used to be influential mainly because of the preferential treatment of the Beijing government, but this has now changed.

When he accepted the BBC Chinese interview, he believed that the method to implement this news is mainly to rely on the developer’s active cooperation, otherwise there may be consequences. “Beijing is negotiating with real estate developers, asking them to be acquainted and giving back to the society. I think the first step is to wait for these real estate developers to become conscious, and when the government wants to develop, it should not raise judicial review at will.”

He believes that if the developer still does not cooperate, then the Beijing authorities may signal the Hong Kong government to use strict legal means to recover the land, and the amount of compensation for land resumption will not be the real estate developer’s final say.

Why have real estate developers become the target of criticism?

In the past, Hong Kong public opinion has always said “real estate hegemony”, which means that the groups behind real estate developers are involved in different industries at the same time, including public transportation, retail, and catering.

In addition to building houses, the CK-Hutchison enterprise founded by Hong Kong’s richest man Li Ka-shing also owns the Hong Kong Electric Light, the supermarket chain PARKnSHOP, the Hong Kong International Container Terminal, and the mobile phone company Hutchison Telecommunications. The total labor force in Hong Kong is about 3.8 million, but according to the latest information from Forbes, the Changhe Group has a total of about 300,000 employees.

The situation of another developer, Sun Hung Kai, is similar. It was founded by Lee Shau-kee, and its subsidiaries own the Hong Kong bus company Kowloon Motor Bus, the retail chain Yada Department Store, and the mobile phone company SmarTone.

However, the Hong Kong Government has recently revised its electoral system. The number of seats on the electoral committee and the legislative council has increased to 1,500 and 90 respectively. However, the number of seats for developers has not increased, which indirectly dilutes its influence. Coupled with the fact that some wealthy individuals have successively given these opportunities to participate in politics to the next generation, it is expected that the ability of developers to mobilize the business sector will gradually decline.

Developers are generally regarded as a member of the establishment in Hong Kong’s political system, but their relationship with Beijing in the past was not completely close. Chinese state media published an article “Don’t let Li Ka-shing run away” in 2015, criticizing Li Ka-shing’s company for withdrawing funds from mainland China as a “moral and righteous” behavior.

In the 2014 “Occupy Central” movement in Hong Kong, most of the major developers did not speak up at first. The official Xinhua News Agency criticized Hong Kong’s wealthy businessmen for being silent on the movement, and named Li Ka-shing, Lee Shau Kee and Wu Guangzheng. Hong Kong needs stability to develop economic prosperity.

The wave of Hong Kong demonstrations in 2019 has a similar situation. Since the June demonstrations, developers and the business community have not taken the initiative to speak out in a high-profile manner. Until the Chinese state media issued a document in August criticizing Hong Kong’s rich people for “collective silence”, major developers issued a joint statement condemning the escalating violence and firmly supporting the administration. Chief Executive Carrie Lam, the SAR government and the police strictly enforce the law to stop violence and chaos.

Li Ka-shing’s front-page advertisements in many newspapers have attracted attention from the outside world. The words prohibit violence, “love China”, “love Hong Kong” and other words. However, the interpretation of these words by public opinion implies that “cause and effect are governed by the country, allowing Hong Kong to govern oneself, righteous indignation and sincerity of the people.” It seems to be secretly criticizing the cause of the incident from the country, suggesting that Hong Kong should be allowed to continue to govern itself.

During the “anti-send” demonstrations in 2019, Hong Kong demonstrators, in addition to seeking universal suffrage, withdrawing the Fugitive Offenders Ordinance, and pursuing police violence, some of the messages left by the demonstrators were related to the housing problem in Hong Kong.

One of the graffiti questions: The monthly rent of 12,000 Hong Kong dollars in exchange for 120 square feet (the living space is equivalent to about 11 square meters), do you think this is okay?

The Beijing authorities seem to have noticed this. The official Xinhua News Agency has stated that the inability of Hong Kong’s young people to afford houses is the deep root of the wave of demonstrations. The “People’s Daily” stated that it is time for developers to release their utmost goodwill, instead of just trying their own abacus, hoarding the odds, and earning the last copper plate.” 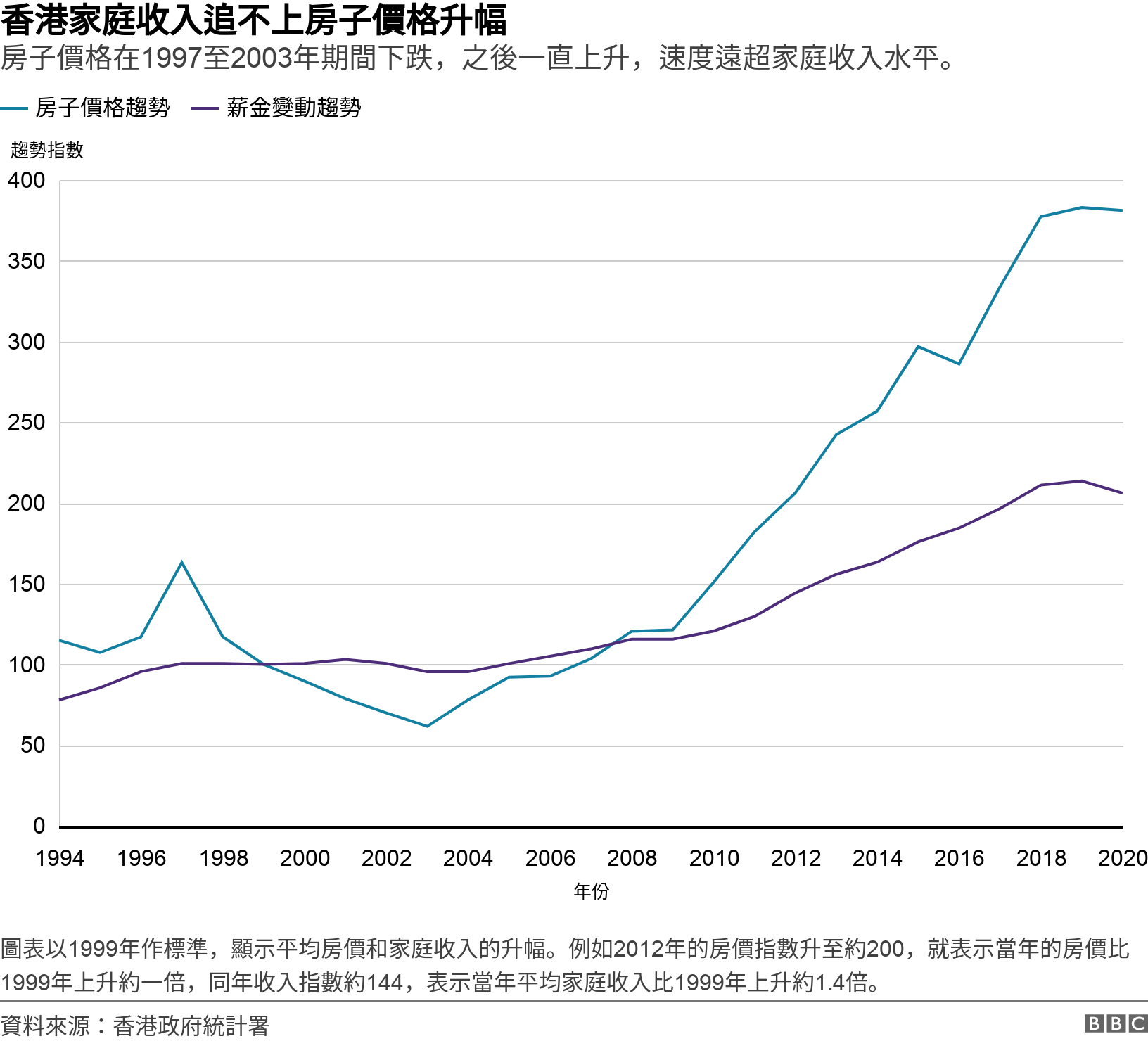 Xia Baolong, director of the Hong Kong and Macau Affairs Office of the State Council, attended a public event in July this year and said that Hong Kong would say goodbye to “subdivided housing and cage homes” and hoped that the housing problem in Hong Kong could be improved.

Hong Kong’s Chief Executive Carrie Lam Cheng Yuet-ngor once announced that he would launch a plan called “land sharing”, allowing developers to build higher-density residential buildings on the land they own, and at the same time need to give up part of it for public housing use.

Some developers have already responded. New World Development first announced the donation of 3.99 million square feet of farmland to develop social housing. Another developer Henderson also announced that it would lend some land for the government to develop transitional housing and resettle some people waiting for public housing. . However, outsiders have noticed that it still owns more than 45 million square feet of undeveloped land, while the donated land area is only 430,000 square feet. 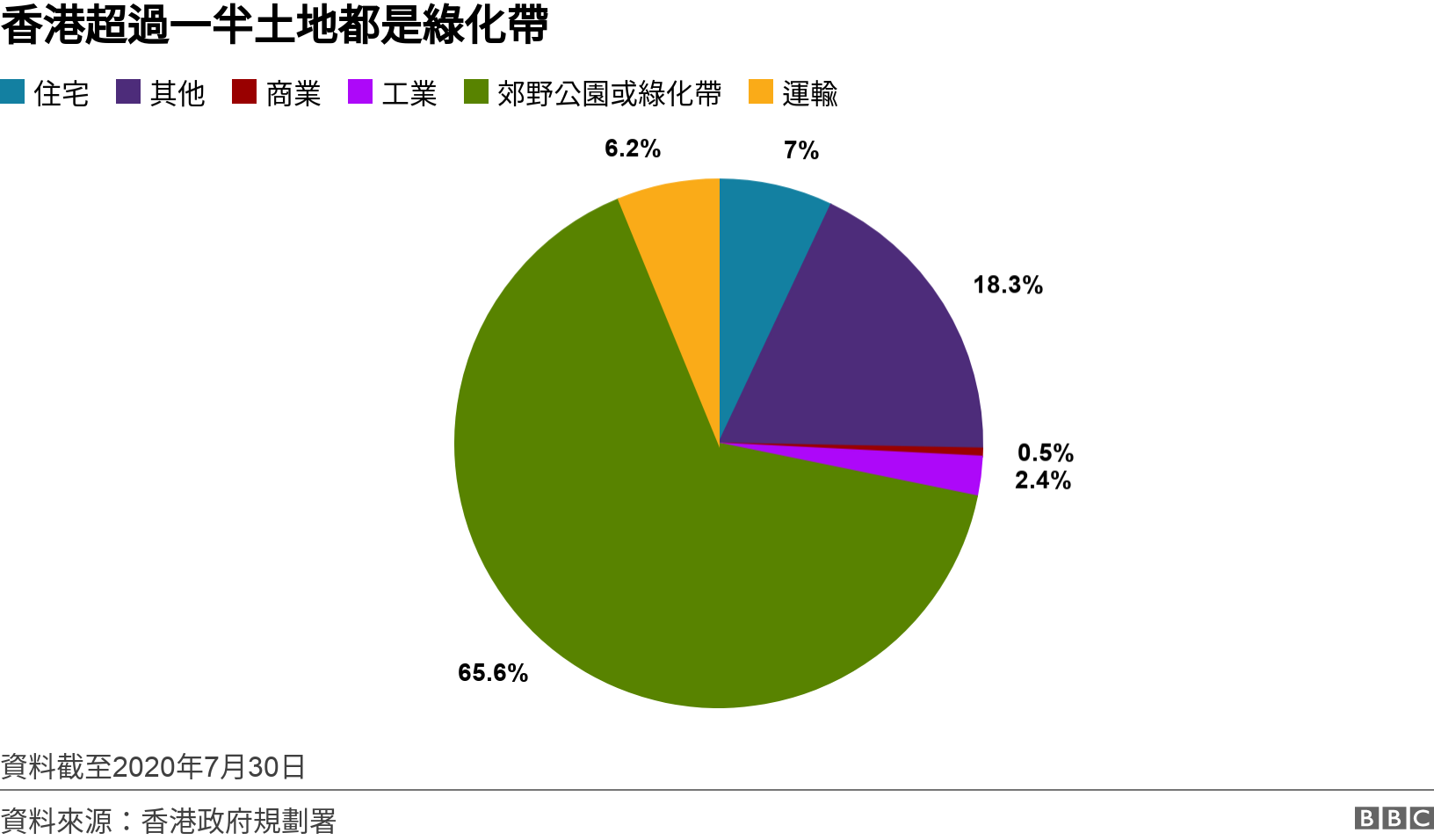 However, if the housing problem is solved, Hong Kong youth will have no political demands?

A democratic politician who did not want to be named told BBC Chinese that Hong Kong people’s dissatisfaction with the government stems from the weakened freedom, not from the economic difficulties of life, and the government also needs to bear certain responsibilities for the land and housing issues in Hong Kong. If Beijing puts the blame on real estate developers, it is just a scapegoat.

Is Hong Kong really short of land for development?

Some voices in Hong Kong believe that the reason for the shortage of developable land is that the government has continued to sell land in recent years, but developers will not develop after buying the land. When the government announces that there is a development plan near the land, the developer will build the house when the value of the land has risen. , And sold to consumers at high prices. Hong Kong society calls this practice “land hoarding.”

On September 21, Hong Kong’s Chief Executive, Carrie Lam, in response to a report from Reuters that Beijing officials asked Hong Kong real estate developers to help solve housing problems, said that Hong Kong real estate developers have been more willing to cooperate with the SAR government’s land policy in recent years, emphasizing that the government can use public power to solve the housing problem. Recover private land when necessary to develop public housing.

The “Land Resumption Ordinance” in the laws of Hong Kong allows the government to reclaim some land for public use with a certain amount of compensation.

According to figures from the Government Planning Department, about 65% of Hong Kong’s land is zoned as green belts or country parks. These lands are protected by law and cannot be developed casually.

Former Chief Executive Leung Chun-ying proposed to develop the marginal areas of country parks for housing purposes, but at that time many voices were not in conformity with conservation principles, and they were eventually shelved.

Reclamation has been one of Hong Kong’s main methods of increasing land supply in the past. Carrie Lam proposed the “Lantau Tomorrow” plan in 2018 to build multiple artificial islands in the waters between Hong Kong Island and Lantau Island, with a total area of ​​about 1,700 hectares, but the plan was estimated to require 500 billion Hong Kong dollars (about 63.8 billion US dollars) at the time, which caused controversy. . The plan is still in the research stage. 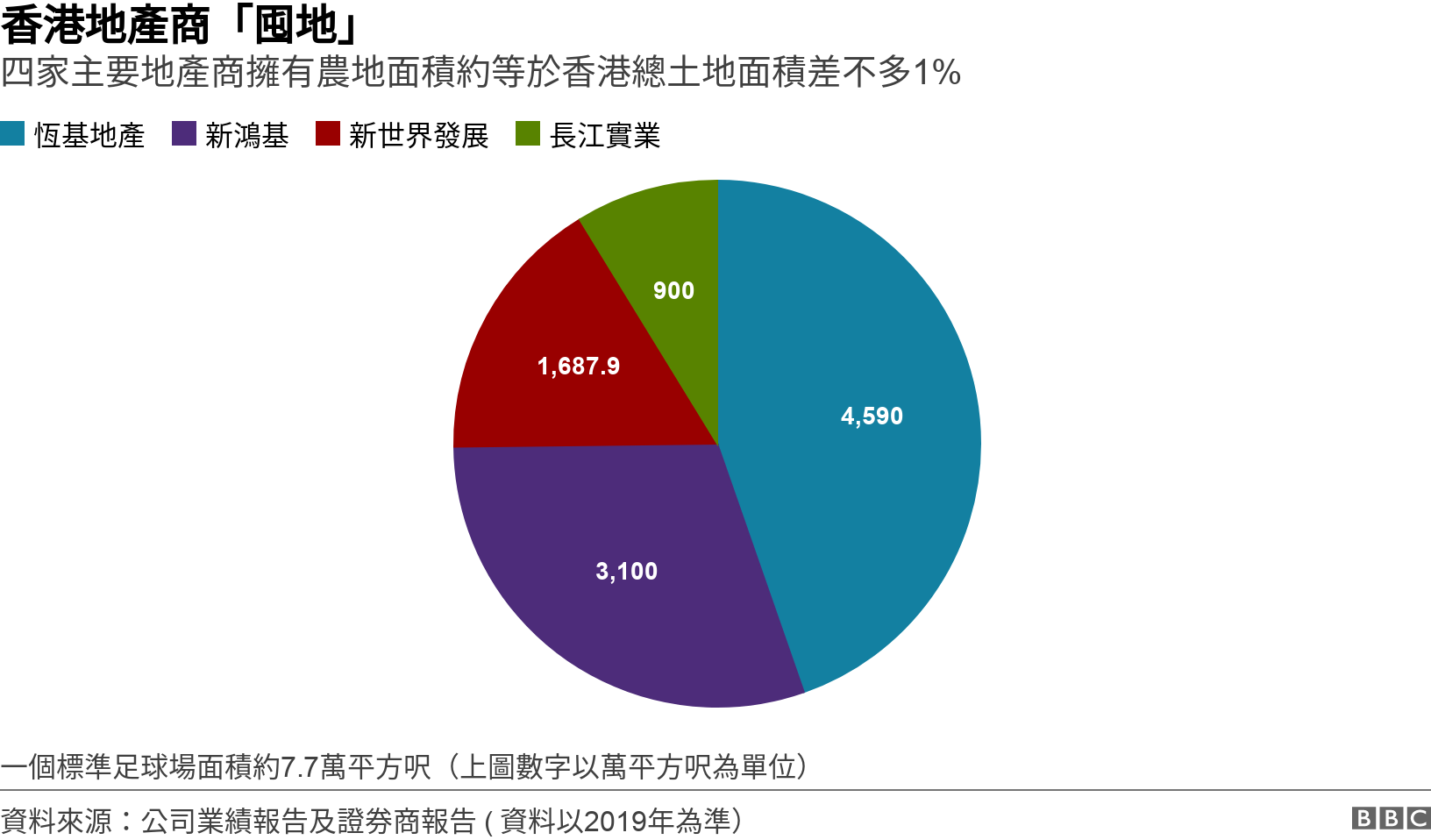