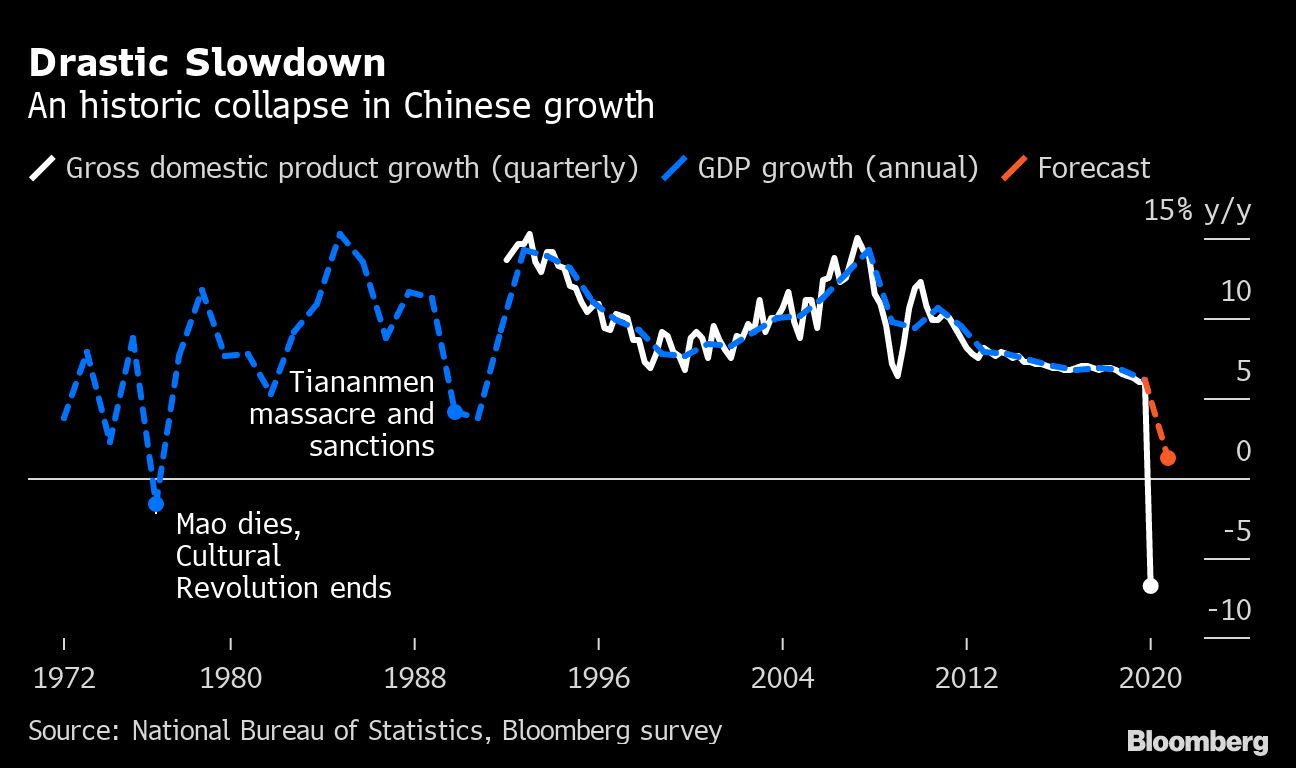 (Bloomberg) – China’s factories are starting to buzz again, but executives are now concerned that the upswing may stall due to weak domestic and foreign demand.

Justin Yu, sales manager at Zhejiang-based Pinghu Mijia Child Product Co., which sells toy scooters for American retailers, sees, among other things, that their order backlog is improving from the depths of the coronavirus lock, but remains well below normal.

“We will see more orders this month as we approach our normal high season,” said Yu. “But our orders are still 40-50% lower than last year.” The factory’s production capacity is around 70% to 80%, and Yu orders to order to avoid inventory.

The separation between China’s recovering production and still dormant demand is already evident in data showing an increase in inventories. The concern is that continued overproduction will cause China’s factories to further lower prices, exacerbate global deflationary headwinds, and exacerbate trade tensions before they ultimately cut production and thus jobs.

“The normalization of supply has already exceeded the recovery in demand,” said Yao Wei, China economist at Societe Generale SA. “In other words, the recovery so far is a deflationary recovery.”

Given the weak export prospects, manufacturers such as Fujian Strait Textile Technology Co. are switching their business models to the home market. The company previously sold 60% of its products to Europe and the United States before the coronavirus crisis wiped out these sales. Dong Liu, the company’s vice president, is now looking for opportunities at home.

“Our executives have started visiting the local market to let more potential customers know about us,” he said. “Since May 26th we have been producing 24 hours a day at full capacity. All of the inventory has already been sold and we are hurrying to make goods. “

See Also:  J: COM and Plume® enter into partnership for sales of the latest smart home services to cable operators all over Japan

However, the national strategy is not without challenges. While China’s consumers are largely free to resume normal life because new virus cases are slow to develop, they no longer spend as they used to.

Retail sales fell 7.5% in April, more than the forecast 6% decline. Revenue from restaurants and catering fell 31.1% year over year after slumping 46.8% in March.

“Although marginally improving demand conditions will take a long time to get back to where they were before the virus crisis. Investments are increasing, domestic consumption is improving and foreign demand is less bad than before. “

In Zhenjiang, Jiangsu province, Melissa Shu, export manager for an LED car lighting factory, said that although orders are steadily improving, there is no sense of urgency among her customers and the outlook remains uncertain.

“We are slow to make goods,” said Shu. “We are worried about the coming months.”

Some producers may be hoping for a real implementation of Say’s Law, a part of economic theory that says that supply will ultimately generate its own demand as long as prices and wages are flexible.

Another scenario is self-correction in the industry, said Wang Tao, Chief China Economist at UBS Group AG. It indicates strong steel production in the depths of the coronavirus block, even when demand was weak. Higher inventories mean that steel production will not show much recovery even if demand recovers. And as soon as the producers know that the orders are falling, they will adjust the production.

“I don’t think the supply will outstrip the demand for a long time. As soon as inventory builds up or manufacturers know that orders are going down, production will go down,” she said.

However, this could raise other problems, especially when unemployment rises. Prime Minister Li Keqiang highlighted job creation as a key priority for the government in a press conference on Thursday.

The urgency to create jobs can reduce the likelihood of shaking state-owned heavy industry companies that have led to overproduction in the past.

The separation is already clear in data points, which show, for example, higher coal consumption by power plants and increasing blast furnace operating rates by steel plants, while at the same time the indicators for real estate and car sales improve more slowly. This combination, according to economists at Citigroup Inc., will affect China’s growth in the coming months.

The problem for China’s industrial sector – due to its massive production – is that it really needs both local and global demand to be strong. If both are weak, this is clearly a bad outlook. If local demand recovers and global demand does not, there are still problems.

“Ultimately, China’s economy is driven by demand and there is currently no demand,” said Viktor Shvets, head of Asian strategy at Macquarie Commodities and Global Markets, to Bloomberg Radio.

A scenario in which the manufacturing capacities originally intended for the export market were converted to produce for the home market instead would still lead to overproduction. Then the mismatch between supply and demand would increase deflationary pressures and weigh on economic growth again, said Bo Zhuang, chief economist at TS Lombard.

China’s factory owners hope for the time being that this will not happen.

Grace Gao, an export manager at Shandong Pangu Industrial Co., who makes tools such as hammers and axes – around 60% of her goods go to Europe – sees that orders are placed when her customers start up again. But even if things accelerate, Gao is reluctant to ask for a full recovery.

“Our customers face unprecedented problems,” she said. “It is still difficult to estimate when we will get back on our feet.”