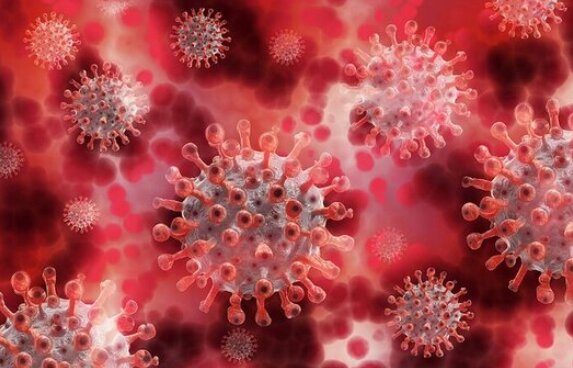 Large study describes the first chain of transmission of the Delta variant of SARS-CoV-2 in China. This dates from May 21, 2021. A total of 167 infections were detected in Guangzhou (Guangdong province) and then linked to the index case from epidemiological or genetic data.. Chinese researchers reveal that the viral loads associated with Delta variant infections were about a thousand times higher than those seen with the viral strains (19A, 19B) that were circulating during the initial epidemic of 2020.

Following the discovery of the index case, the people of Guangzhou were tested. About thirty million PCR tests were performed between May 26 and June 8, 2021. Contact tracing was carried out with quarantine / isolation of positive cases.

Researchers from the Guangzhou Center for Disease Control and Prevention analyzed data from those quarantined and compared it to that seen during the 2020 outbreak caused by historic strains 19A and 19B.

Epidemiologically, the researchers observed a notable difference with infections due to the historic Wuhan strain and other worrisome variants. They observed a shortening of the average time between two contaminations in a chain of transmission, that is to say the time it takes for a newly infected person to infect another. The shorter this interval (called the serial interval), the faster the dynamics of the epidemic.

As soon as a case was confirmed, an epidemiological investigation was carried out. Contact subjects were identified by questioning, surveillance camera images or tracing via mobile applications. These contact cases were thus immediately traced and isolated. A PCR test was then performed daily in these quarantined people, which allowed the researchers to determine the interval between exposure of the virus and the first detection of a viral load on the PCR test. Finally, genomic sequencing was carried out from the RNA extracted from oropharyngeal samples.

Posted on July 7 on the site virological.org, then as a preprint on July 12 on the site medRxiv, the results show that this interval, which was six days (peak at 5.6 days) during the 2020 epidemic, is only four days (peak at 3.7 days) in 2021. This parameter is decisive in the measurement it indicates a very early risk of transmission of the virus. In view of these elements, the local health authorities then imposed on people wishing to leave the city of Guangzhou, by plane, train or bus, to present a negative PCR test not longer than 72 hours but less than 48 hours.

Yan Li, Jun Yuan, Jianfeng He, Jing Lu and their colleagues then assessed the level of viral loads during the first positive PCR test. They reveal that viral loads were 1,260 times higher than those recorded during infections with historical strains 19A and 19B on the day SARS-CoV-2 was first detected.*.

These results resulted in the fact that more than 80% of oropharyngeal samples taken from patients with a Delta variant infection contained more than 6 x 105 viral RNA copies / mL. Only 19% of samples from people infected with historical strains 19A or 19B contained such a high viral load. These results therefore indicate that the Delta variant appears to be more infectious during the early phase of viral infection.

Similar data indicating a higher viral load in the case of infection with the Delta variant compared to the reference viruses have recently been published. British researchers (Cambridge) in particular compared the amounts of intracellular viral RNA of the Delta variant to those observed during infection with the Alpha variant. They observed a significant replication advantage for Delta over Alpha**.

In view of all these results, it therefore appears that the Delta variant is ” very probably “ able to replicate faster and be more infectious in the early phase of infection. “The greater infectivity of infections due to the Delta variant during the pre-symptomatic phase underlines the need for quarantine of suspected cases or close contact cases before the onset of symptoms or screening by PCR”, underline the authors of the article.

Using genomic sequencing data, Chinese researchers evaluated the intra-host diversity that reflects the coexistence in the same individual, alongside the dominant virus, of genetically distinct viruses, called minority variants. This was looked for in 126 patients infected during this 26-day epidemic outbreak.

It appears that all the sequences were genetically linked to the index case. They were thus able to be grouped into a single cluster. Compared to the genomic sequence of the index case, the 126 cases differed from each other by replacing one nucleotide (substitution of one “letter” for another) at 31 different locations in the viral genome.

The results obtained show that minority variants (iSNV, for intrahost single nucleotide variants) emerged rapidly, at low levels, during this outbreak. Four mutations (out of the 31 identified) were fixed in the population of circulating viruses during this epidemic outbreak. Transmission of these minority variants has been observed from one infected subject to another. It has also been observed several times between a donor and several recipients. In such a case, the possibility exists of a transmission of a virus endowed with a very high transmissibility or capable of immune escape, with the risk that these variants become perennial when the virus is able to diffuse rapidly and that the epidemic is not controlled.

* When in 2020, the CTs were 34.31 during the first positive PCR test in a study of 62 cases, the CTs were 24 in 2021 (study of 63 cases). Remember that the CT (Cycle Threshold) is the number of amplification cycles to reach the detection threshold during the PCR reaction. The lower the CT value, the more virus there is in the sample analyzed.

** Compared with Alpha variant infection, the number of viral RNA copies in cells after 24 hours was increased by nearly one log upon Delta variant infection. These experiments were carried out on Vero cells incubated with the culture medium of infected respiratory cells (organoids).

READ too : Covid-19: what about the production of variants in an infected individual and their transmission?