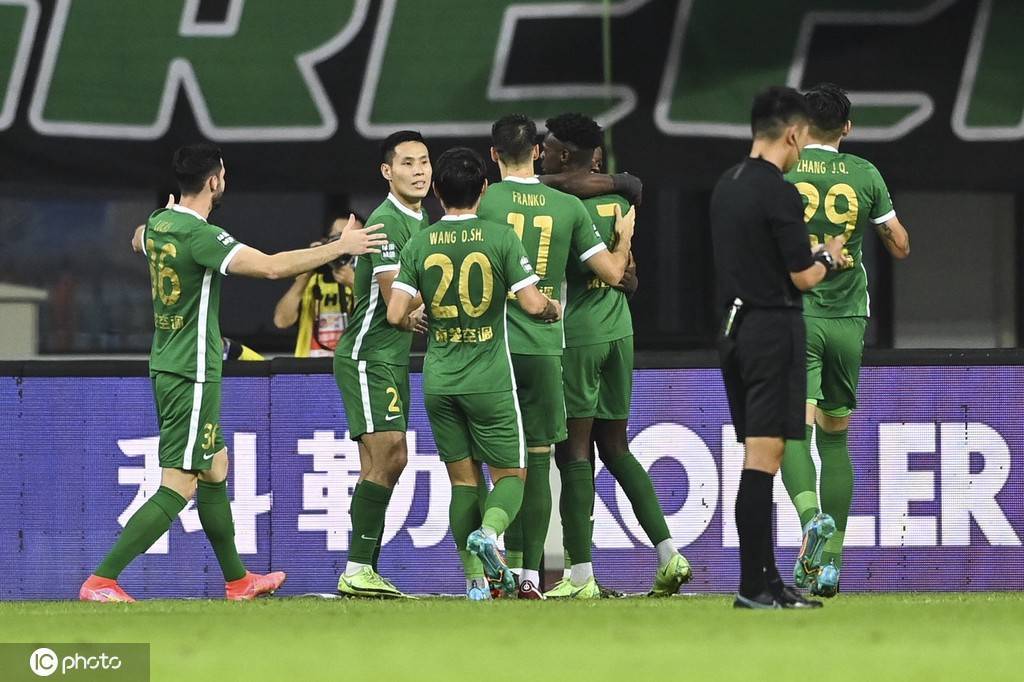 At 19:30 on August 28th, Beijing time, the 15th round of the 2022 Chinese Super League will continue, and the Zhejiang team will play against the Hebei team at home. Only 4 minutes into the game, Mu Xiekui opened the scoring for the Zhejiang team. In the 25th minute, Gaudi cut to the ground to expand the lead. In the 39th minute, Evolo made a headbutt. In the second half, the Zhejiang team made no further achievements. In the end, they defeated the Hebei team 3-0 and remained unbeaten in the past 6 rounds, while the Hebei team lost 8 consecutive games.

Although the Zhejiang team maintained an unbeaten record of nearly 5 rounds, they have drawn 1-1 with their opponents in two consecutive games. The opponent in the first draw is the mighty Shanghai Seaport, 1 point is acceptable. But head coach Jody was not satisfied with the draw with the Cangzhou Lions in the last game, especially since the team did not seize the opportunity to score. The opponent Hebei team in this round has conceded as many as 14 goals in the past two games, and has conceded 41 goals and scored only 9 goals in 14 games. The 7-game losing streak Hebei team has fallen into the quagmire of relegation and it is difficult to get out.

In the 28th minute, Evolo made a cross from the right. Frank stopped the ball and failed to control it and could only pass it back. Cheng Jin volleyed the ball, and the ball was hit by Pan Ximing and flew off the crossbar. In the 39th minute, the Zhejiang team took a corner kick from the left. Zhang Jiaqi headed the ball forward and then rubbed the ball. Evolo headed the ball in the middle, and the ball flew into the goal. Zhejiang led 3-0. In the 42nd minute, Ding Haifeng knocked down Evolo from the side while defending in the frontcourt. The referee Dai Yige showed him a yellow card. Ding Haifeng signaled that he had touched the ball first. Liang Nuoheng and Zhang Junzhe came forward for their teammates, and there was a verbal conflict, for which Liang Nuoheng received a yellow card. At the end of the half, the Zhejiang team temporarily led the Hebei team 3-0.

After changing sides to fight again, the Zhejiang team changed two people in a row. Liang Nuoheng and Zhang Jiaqi, who were carrying a yellow card, were replaced, and Sun Zhengao and Long Wei appeared. The Hebei team also replaced Luo Shipeng who was injured near the end of the first half with Ren Wei. In the 52nd minute, the Hebei team counterattacked and was defended by Zhejiang. Frank divided the ball to the right. Evolo made an oblique pass in front of the goal. Frank moved forward to the small penalty area and shook his head to attack the goal and missed the back post. In the 59th minute, Frank divided the ball to the right, Dong Yu made an oblique pass to the penalty area, Mu Xiekui headed the goal from the spot under the interference of the defender, and there was no top position, the ball was obtained by Bao Yaxiong.

In the 68th minute, Matthews, who had just replaced Frank, got the ball from the right and sent a straight pass. Gaudi slanted into the penalty area to form a single-pole shot that missed the right post. In the 73rd minute, Cheng Jin took a right corner kick to the middle, Mu Xiekui jumped high and shook his head to attack the goal. 2 minutes later, Gu Bin, who came off the bench, went straight, Mu Xiekui took the ball with his back, and Matthews took the ball and shot from the far corner, wide of the left post.

In the 81st minute, Wei Yuren took the ball from the left and failed to break through and then moved to the right. Xu Tianyuan got the ball and passed the ball diagonally into the penalty area. Yao Xuchen stepped in front of the goal and wanted to head the goal. . In the 86th minute, Xu Tianyuan counterattacked and stepped on a bicycle but failed, but the ball was cut off. Cheng Jin advanced the counterattack to the left, Gaudi got the ball and knocked back before the penalty area. Hughes shot again from outside the penalty area, and Zhang Junzhe blocked the ball out of the baseline. In the end, Zhejiang defeated Hebei 3-0.

The nicotine in e-cigarettes affects the formation of gaps in brain cells. Affects memory, is it true? | Dek-D.com