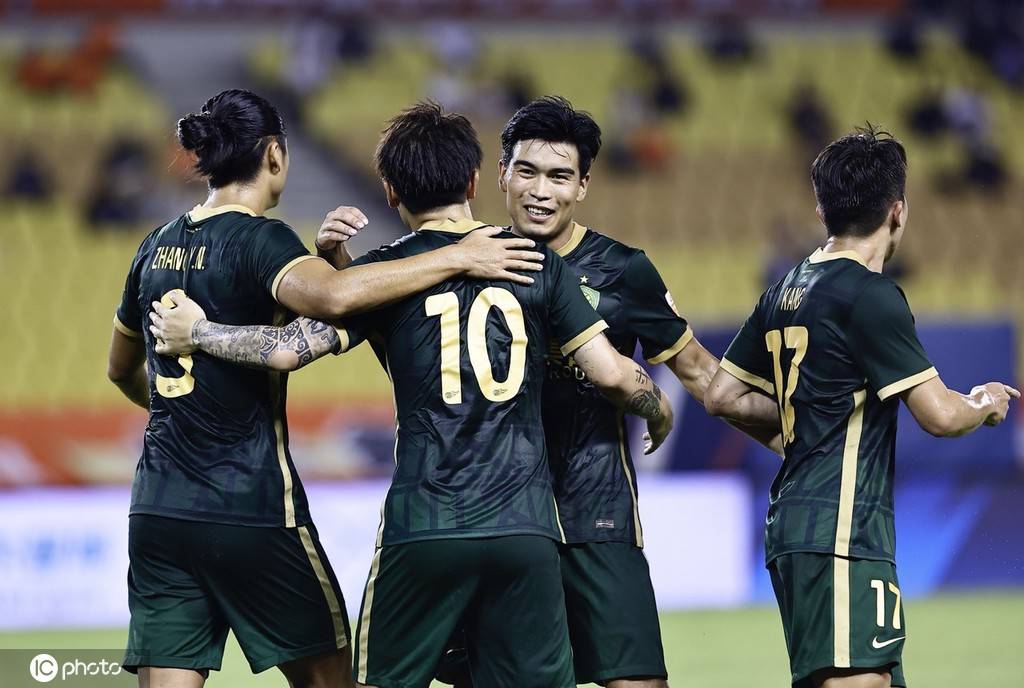 At 19:30 on August 17th, Beijing time, the 13th round of the 2022 Chinese Super League will continue. In Wuhan Wuhuan Sports Center Stadium, the Beijing Guoan team, which was playing away from home, defeated the Wuhan Yangtze River Team 4-1 under the leadership of the interim head coach Sui Dongliang, stopping the 3-game losing streak and 4 rounds of invincibility, and won the fifth victory of the season; Wuhan Yangtze River The team lost their seventh league game of the season. In the first half, Zhang Xizhe received a pass from Dabro and scored his first goal of the season on the left side of the penalty area; in the second half, Zhang Yuning scored one goal and two assists, and Jiang Xiangyou and Cao Yong actually scored a goal. In the 87th minute, Kajevic took advantage of the low-level error of the Beijing Guoan goalkeeper Zou Dehai to get a goal back.

This game is the first time that the Wuhan Yangtze River team is playing at home this season. Although due to epidemic prevention and control, tickets for this game will not be sold to the public for the time being. At the same time, after the Beijing Guoan team suffered a three-game losing streak in the last round of 1-5 defeat in the three towns of Wuhan, the head coach Xie Feng took the initiative to resign, and the current U21 echelon coach Sui Dongliang served as the interim head coach to lead the team.

In the 21st minute, Gao Tianyi sent a through ball from the midfield. Jiang Xiangyou, who was in the front, stopped the ball and then knocked back. Dabro got the ball and divided the ball to the left. Zhang Xizhe received the ball and was unmarked at 9 meters to the left of the penalty area. Under the circumstances, he scored with his left foot from the far corner. This is Zhang Xizhe’s first league goal this season, and the Beijing Guoan team leads 1-0.

In the 28th minute, Jiang Xiangyou and Zhang Yuning cooperated and volleyed high from the front of the penalty area. After that, the two sides had each other’s offense and defense. Among them, the Beijing Guoan team had several low-level mistakes in the backcourt and lost the ball, but the Wuhan Yangtze River team failed to seize the opportunity. In the 43rd minute, Kajevic made a breakthrough pass from the left again, and Hu Jinghang shot a low left foot from the edge of the penalty area and missed the right post. In the first half of the game, Beijing Guoan led Wuhan Changjiang 1-0 and entered halftime.

Related reading-Chinese Football Association: Crack down on “fake gambling” in football with a zero-tolerance attitude

In the 52nd minute, the Wuhan Changjiang team created chaos in the penalty area of ​​the Beijing Guoan team, and Li Peng’s barb shot in the penalty area missed the baseline. In the 54th minute, after the Wuhan Yangtze River team’s first shot was blocked, Ye Chongqiu got the ball and shot again from the front of the penalty area, the ball missed the left post. Immediately, Zhang Huajun completed another kick shot slightly higher than the beam. In the 57th minute, Dablo, who lacked defensive awareness, was replaced by Cao Yongjing, and the head coach Sui Dongliang took the initiative to hug Dablo. 1 minute later, Gao Tianyi was injured and limped away, and Zhang Chengdong came off the bench. Some impatient Wuhan Yangtze River coach Li Jinyu was given a yellow card for entering the court.

In the 60th minute, Zhang Xizhe made a straight free kick, Cao Yongjing rubbed his back to the goal, Zhang Yuning took the ball from the left rib and missed a low shot, but he was still slightly offside before catching the ball. In the 62nd minute, Zhang Yuning knocked on the right side, Jiang Xiangyou got rid of Ye Chongqiu’s frontal defense unmarked, and scored a low shot with his left foot from the edge of the penalty area, scoring the first goal for the Beijing Guoan team, and the Beijing Guoan team led 2-0.

In the 66th minute, both teams made personnel adjustments, with Park Cheng and Hu Rentian coming off the bench. In the 67th minute, Jiang Xiangyou crossed the penalty area from the left rib, Bruno jumped the top, Zhang Yuning headed the goal in the small penalty area, the ball entered the net from the left side of the goal, Zhang Yuning scored his 8th Super League goal of the season. Beijing Guoan led 3-0.

In the 75th minute, the Wuhan Yangtze River team changed three people at the same time. In the 79th minute, Yu Dabao was knocked to the ground by Bruno from behind. Soon after, Yu Dabao and Jiang Xiangyou were replaced by Bo Yang and Hou Yongyong respectively. In the 84th minute, Cao Yongjing passed the ball to Zhang Yuning. The latter knocked horizontally from the right side of the penalty area. Cao Yong actually inserted a right foot shot near the penalty spot. The ball entered the net from the lower left corner of the goal, and Beijing Guoan led 4-0.

In the 87th minute, Zou Dehai received Chi Zhongguo’s backcourt pass and made a major mistake when preparing to pass the ball to Memisevic. Kajevic got the ball and scored a low shot with his left foot. In the 90th minute, Naibijiang was given a yellow card for a tactical foul to bring down Hu Rentian. In the end, Beijing Guoan defeated Wuhan Changjiang 4-1 away to get all three points.

Review of Believe in Love, the magic of love for Huajian Island New Chinese series on True ID

Increase your immunity and resistance to diseases with these tips