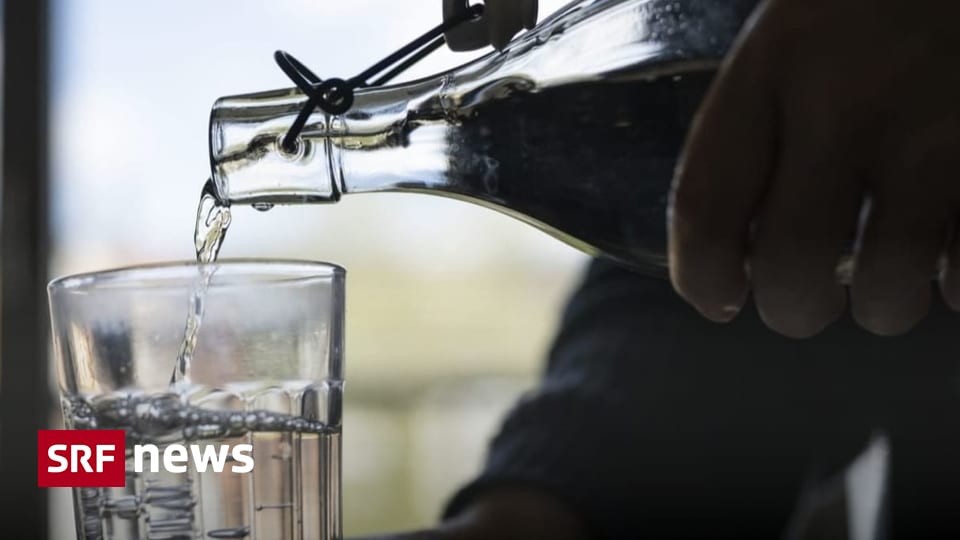 The pesticide chlorothalonil has been banned in agriculture since 2020 because it is considered “probably carcinogenic”. Nevertheless, residues are detected in drinking water: In certain regions, the measured values ​​are several times higher than permitted. In at least 12 cantons, the limit values ​​in the groundwater are likely to be exceeded. The metabolites of chlorothalonil are broken down very slowly.

More and more cantons and municipalities are now looking for solutions for polluted water, but also for dry periods when groundwater is scarce. A current example comes from the canton of Solothurn. The Mittelland canton has many chlorothalonil residues in the groundwater across the board. Not only streams are polluted here, but also the three large groundwater flows of the Emme, the Dünnern and the Aare. More than 150,000 residents are affected in the canton of Solothurn.

The advantage: supra-regional networking of the water supply reduces the risk of receiving no water or polluted water. For example, contaminated water can be diluted with clean water. However, the whole thing also costs a lot: the water network has to be expanded in half of Solothurn’s 107 municipalities. The canton estimates the costs at a total of CHF 120 million. The question is who will finance it, the federal government, the cantons or the municipalities.

The water suppliers are under pressure. The Federal Office for Food Safety gave them two years to get the contaminated drinking water clean again. The municipalities, which are mostly responsible for the water supply, have to find solutions that also work in the long term.

There are no unpolluted drinking water resources in the canton of Solothurn.

It is particularly difficult for the Solothurn communities because the neighboring communities all have polluted water. «Because of the extensive pollution, it is not easy to obtain perfect drinking water from neighboring suppliers. There are no drinking water resources that have already been developed and are unpolluted and that could be used as replacement water or for mixed purposes,” wrote the Association of Resident Municipalities in a letter to the Federal Council in November 2019.

The Solothurn solution is not the only one that goes in the direction of networking the water supply. Other municipalities also rely on large water networks, for example the “Water 2035” project in the Aargau Bünztal. 35 municipalities want to set up a joint water supply here. However, the project is faltering because not all communities are on board. It is currently being revised.

Other municipalities, on the other hand, are thinking of building drinking water systems that can obtain drinking water from a Swiss lake, analogous to the existing systems in Lake Zurich, Lake Lucerne or Lake Sempach. The common goal of all these water projects: to prevent qualitative and quantitative bottlenecks in the drinking water supply.

The price of the dollar in Lebanon today, Wednesday, March 30, 2022